Beware a very MERRY Christmas! Rail passengers are warned to look out for their friends over the festive period in shocking video showing drunk people tumbling onto live railway tracks

A jaw-dropping video has shown how drunken commuters have come within seconds of being killed after tripping, stumbling and falling into train tracks.

Network Rail has revealed CCTV of merry males who have been narrowly missed by high speed passenger trains in time for Christmas.

This month, people will head out for parties and travel home on trains after drinking heavily. Network Rail has warned the public to make sure their friends get home safe.

The clip opens with an intoxicated man stumbling around a station platform and walking as though on a tight rope on the edge, before tripping onto the tracks.

Luckily, a nearby women alerts police officers who rush in to help.

Another man is seen walking along the tracks before clambering onto the side.

His slow and clumsy efforts see him eventually pull himself up but his limbs flop over the side. 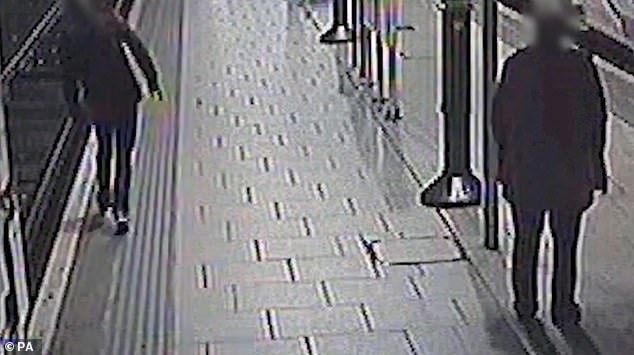 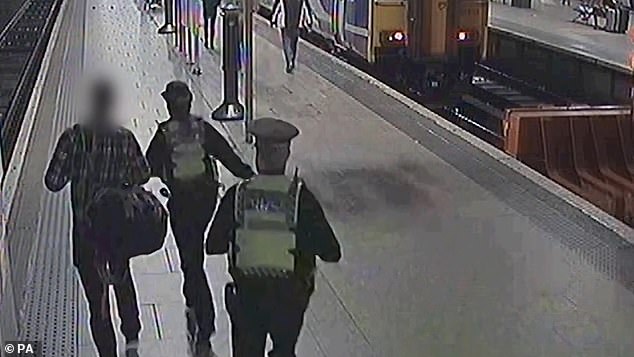 He finally drags his arm to his body and within a second a high speed train whooshes past him.

In the last 10 years, 21 people have died in alcohol related incidents on station platforms, or between platforms and trains, with many more being severely injured by slips, trips or falls in train stations.

Those who watched the video said ‘Christmas drinkers’ are in danger because of their high alcohol intake.

Others suggested police should be guarding station entrances.

Allan Spence, head of public and passenger safety at Network Rail, explains: ‘We want everyone to have fun and enjoy themselves over the festive period, but after a few drinks people often take greater risks, which can frequently, lead to people getting hurt or even killed.

‘Travelling home by train is absolutely the safest way. But we have seen drunk people taking a short cut across the tracks, chancing it at level crossings or falling between a train and the platforms.

‘Even escalators see more drink-fuelled accidents. Please take care of yourself and your friends – don’t let that last drink cause bad decisions. Be a ‘First Class Mate’ and look out for those making their way home by train that may have had one too many.’ 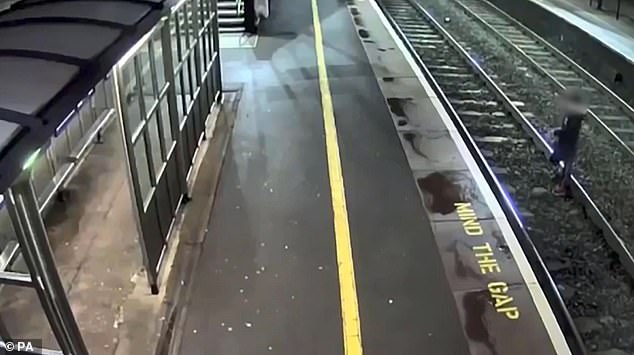 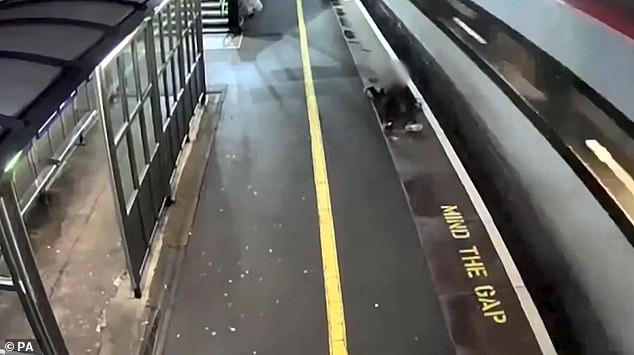 The number of violent offences fuelled by alcohol at Britain’s railway stations over the festive period has more than doubled in the past two years, new figures show.

There were 189 cases between November 24 2017 and January 2 compared with the same period two years earlier, according to British Transport Police (BTP) data.

Violence is often directed at other passengers or station staff and frequently results in injuries and arrests.

BTP inspector Becky Warren said: ‘We understand that at this time of year, people are out having a good time and having a few drinks but we do see an increase in the number of incidents fuelled by alcohol.

‘The ask is simple: look out for your friends and colleagues getting the train home if they’ve had a few too many.’

Network Rail published the figures to mark the launch of a campaign with charity Drinkaware urging people to take care of their friends and colleagues when travelling on the railway this Christmas.

It has released footage showing passengers falling off platforms and walking across train tracks.