The under-fire accountants of Patisserie Valerie has admitted that auditors do not look for fraud after a £40 million hole was found in the collapsed cake chain’s accounts.

David Dunckley, chief executive of Grant Thornton, told MPs that ordinary audits look solely to the past and are not set up to detect fraud.

Grant Thornton is under investigation over its auditing of Patisserie Holdings after a £40 million hole was found in the failed cafe chain’s accounts, with the group’s former finance chief having been arrested on suspicion of fraud. 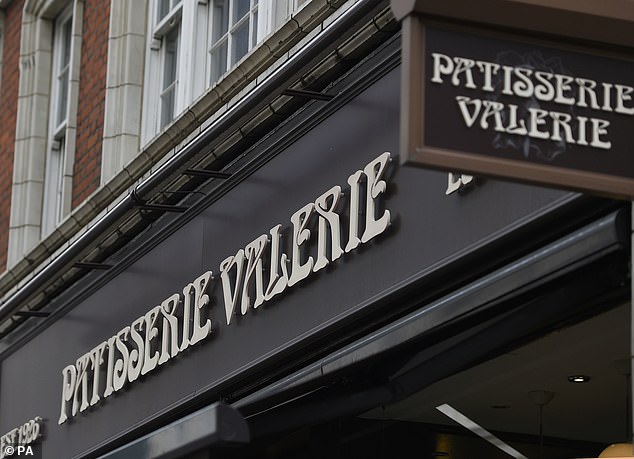 David Dunckley, chief executive of Grant Thornton, told MPs that ordinary audits look solely to the past and are not set up to detect fraud

In a hearing with MPs on the Business, Energy and Industrial Strategy Committee on the future of audit, Mr Dunckley said: ‘I can’t talk about Patisserie Valerie because there is a live investigation, which we’re co-operating with.

‘But there is a clear expectation gap, and audit fundamentally gives a reasonable opinion on historic information, and doesn’t look for fraud.’

He added: ‘We’re not looking for fraud or the future or giving a statement that the accounts are correct.

‘We saying they’re reasonable, we are looking in the past and we are not set up to look for fraud.’

He said the expectation gap ‘needs to be fixed’, but admitted ‘in the real world’ a sophisticated fraud would be difficult to pick up.

But committee chairwoman Rachel Reeves said: ‘In a shop that sells teas and cakes you’d think that sort of thing might be spotted.

‘It’s not a multi-national complex organisation.’

MP Peter Kyle also took Grant Thornton to task, asking ‘If I was a chairman, why would I hire you?’ if the group could not pick up on fraudulent behaviour.

Mr Kyle asked Mr Dunckley if an auditor would pick up fraud in a hypothetical situation where a company wrote itself a cheque at year end, which it knew would bounce, so it could add it to its balance.

‘What’s the point of an audit if it didn’t pick that up?’ asked Mr Kyle.

Mr Dunckley also told the hearing he is ‘not an auditor by nature’ when asked about whether auditors look at all client bank accounts.

He said the public needs to accept that auditors may never spot sophisticated frauds, but admitted that accountancy firms need to ‘deliver more on the public’s expectations’ and said audit regulations need to be overhauled.

Grant Thornton also advised three-times bankrupt Dominic Chappell when he controversially bought BHS for £1 in a disastrous takeover three years ago, which was swiftly followed by the chain’s collapse.