The family of Patrick Lyoya, the Michigan man who was fatally shot by a Grand Rapids police officer during a traffic stop in April, filed a federal lawsuit Wednesday against the now-former officer and the city of Grand Rapids.

An attorney for the family, Ven Johnson, said the suit alleges that Christopher Schurr, who was fired from the police force in June, used excessive force during his encounter with Lyoya and that various policies, practices and procedures in place in Grand Rapids contributed to Lyoya’s death.

Matthew Borgula, an attorney for Schurr, said he had not seen the lawsuit and had no comment.

A spokesperson for Grand Rapids said in a statement the city had not received the lawsuit and was “unable to address the specifics.”

“Upon receipt, we will review the lawsuit and respond appropriately in court,” the statement said.

Schurr shot Lyoya, 26, in the back of the head on April 4 after pulling him over because his license plate didn’t match his car, according to police video released shortly after Lyoya’s death. Lyoya, a refugee from the Democratic Republic of Congo, had run when asked for his driver’s license and was face down on the ground when he was shot. 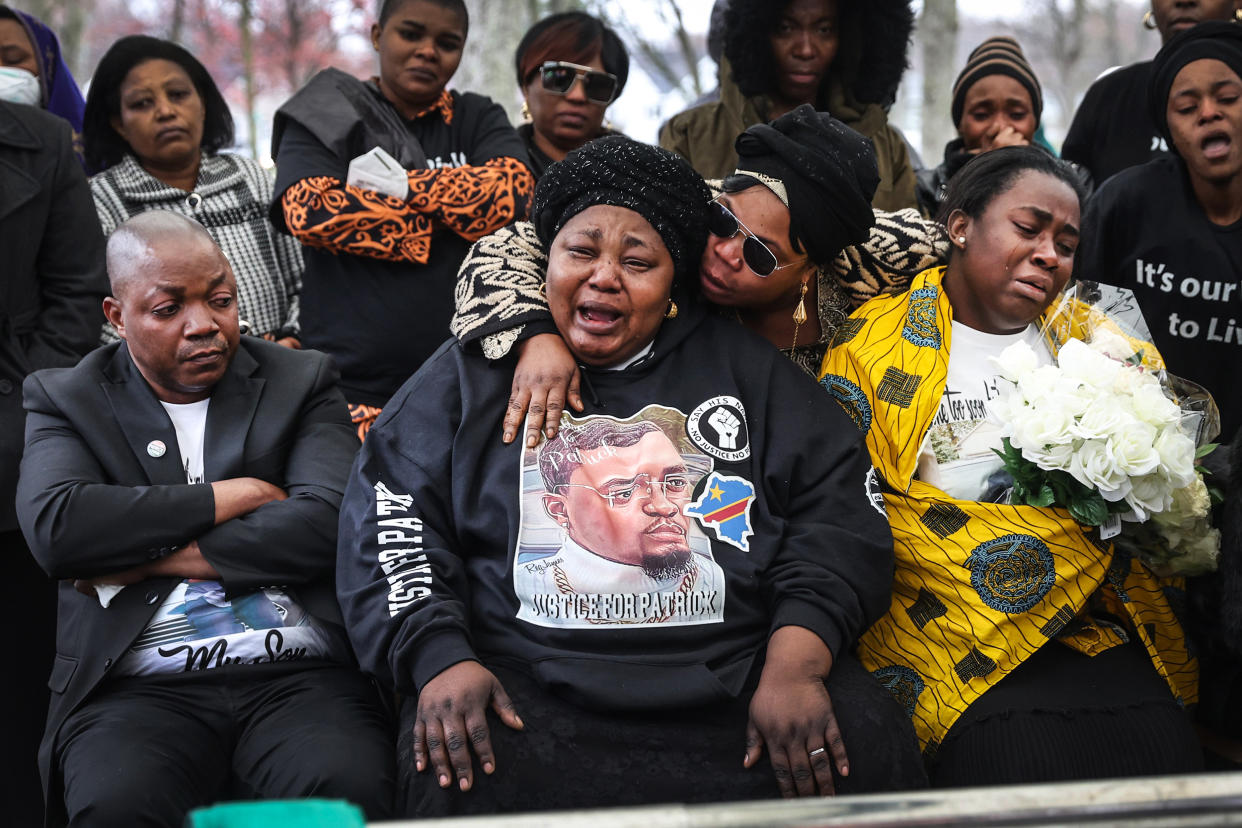 Four videos of the encounter, including from a dashcam from the officer’s car and a cellphone, showed Lyoya and Schurr struggling on the ground, with Lyoya apparently trying to take control of the officer’s stun gun. The officer ended up restraining Lyoya with a knee to his back before shooting him.

Lyoya’s killing spurred protests in Grand Rapids, with hundreds demanding justice and transparency from city and police officials. Grand Rapids has a population of about 200,000 and is 160 miles west of Detroit.

“When you take driving while Black plus excessive force, you end up with Patrick Lyoya being unjustly executed by this Grand Rapids police officer,” Ben Crump, an attorney for Lyoya’s family said at a news conference Wednesday after the suit was filed. 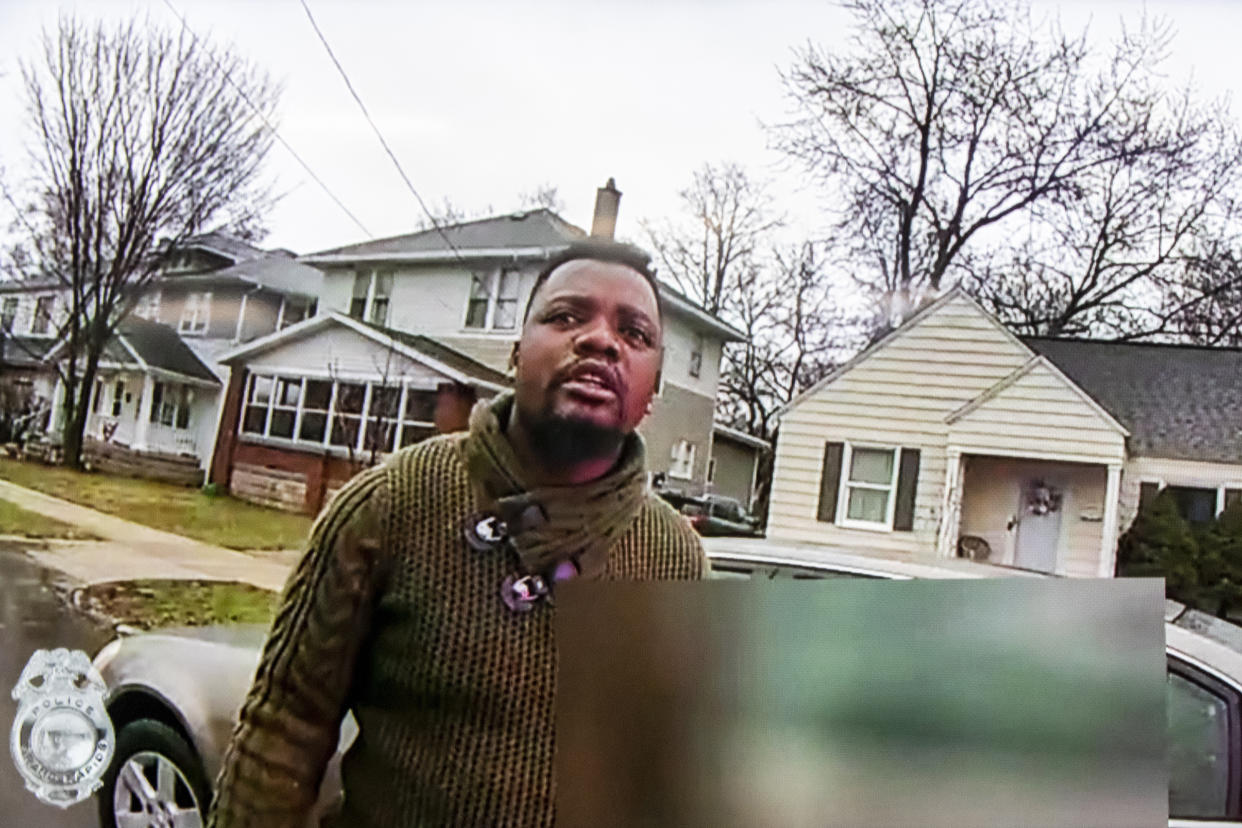 The lawsuit does not specify an amount of money the plaintiffs seek and asks that a jury determine damages. But Crump said during the news conference that the family is seeking $100 million, which includes compensatory and punitive damages.

“If they have to pay enough in the civil lawsuit then the powers that be in the city of Grand Rapids will say ‘we’re going to change these policies because we can’t keep paying out these wrongful death civil rights lawsuits,'” he said. “It is my crusade to go across America and raise the value of Black life to the point where it will become a financial impediment for them to not change policies.”

Crump said he hopes the lawsuit, in addition to getting “justice for Patrick’s family,” will also “instruct police forces to not do this for a simple traffic violation just because the person is Black.”

Johnson and Crump said among the evidence they plan to present is Schurr’s personnel record showing a prior foot pursuit in which he deployed his Taser. The attorneys played a synchronized video using the four recordings of Schurr’s encounter with Lyoya during Wednesday’s news conference.

Schurr was charged in June with second-degree murder, a felony offense punishable by life in prison. A judge ruled in October that he should stand trial, that enough evidence had been presented in a preliminary hearing to let a jury decide whether Schurr was justified in the killing. 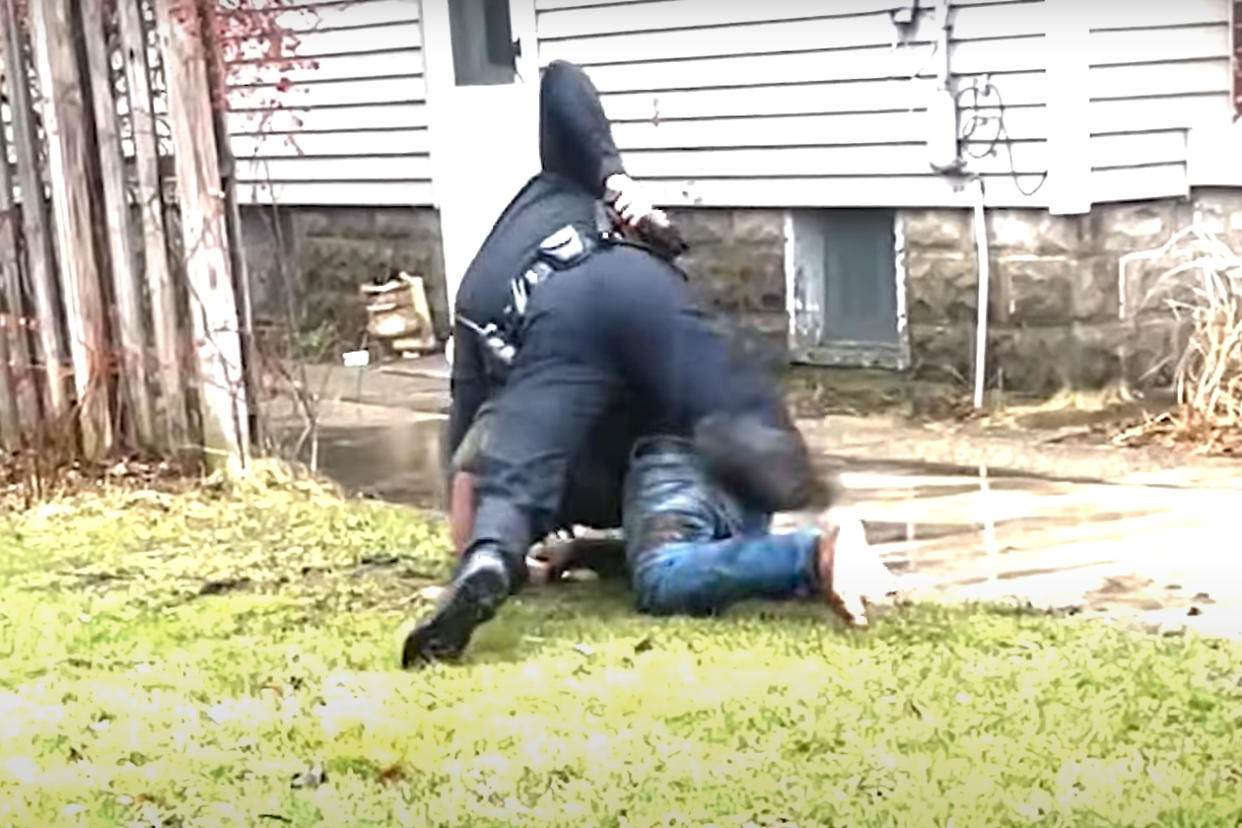 “Factual questions remain as to whether the defendant reasonably believed that his life was in imminent danger or that he was in imminent danger of suffering great bodily harm and that deadly force was reasonably necessary,” Judge Nicholas Ayoub said. “These are questions of fact that the jury must decide based on the totality of the circumstances as presented by the evidence at trial.”

Borgula said he will file an appeal of Ayoub’s decision in early January.

A trial date has not been set; Kent County Circuit Court Judge Christina Elmore has been assigned to the case. A status hearing is scheduled for Dec. 15.

“The pain is so deep. The bitterness is so deep,” he said through an interpreter on Wednesday. Lyoya’s native language is Swahili.

The elder Lyoya pleaded for “justice for Patrick.”