About 20 survivors have gathered at Pearl Harbor to pay tribute to the thousands of men lost in the Japanese attack 77 years ago.

The youngest of the veterans to gather for the ceremony on Friday in Hawaii are in their mid-90s. The Navy and National Park Service jointly hosted the remembrance ceremony at a grassy site overlooking the water and the USS Arizona Memorial.

Attendees observed a moment of silence at 7.55am, the time the attack began on December 7, 1941. 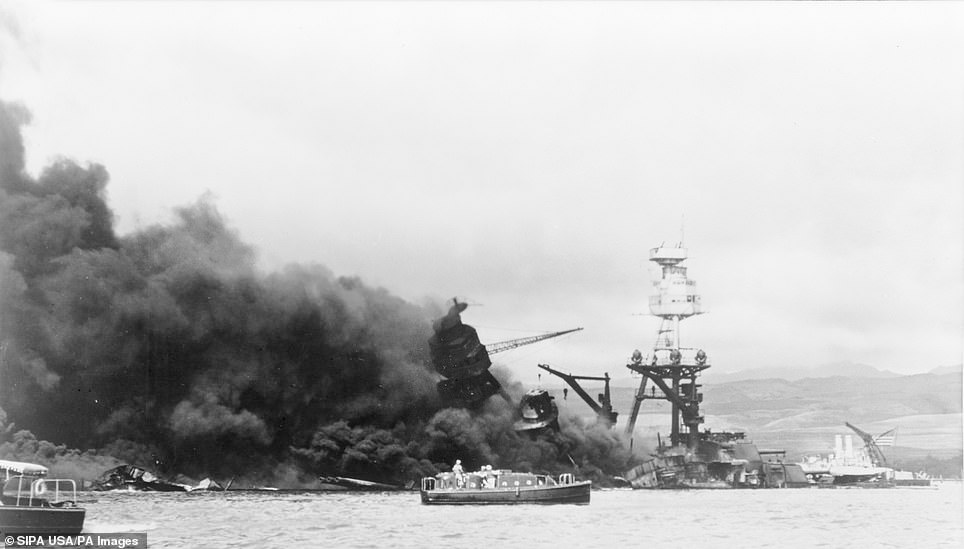 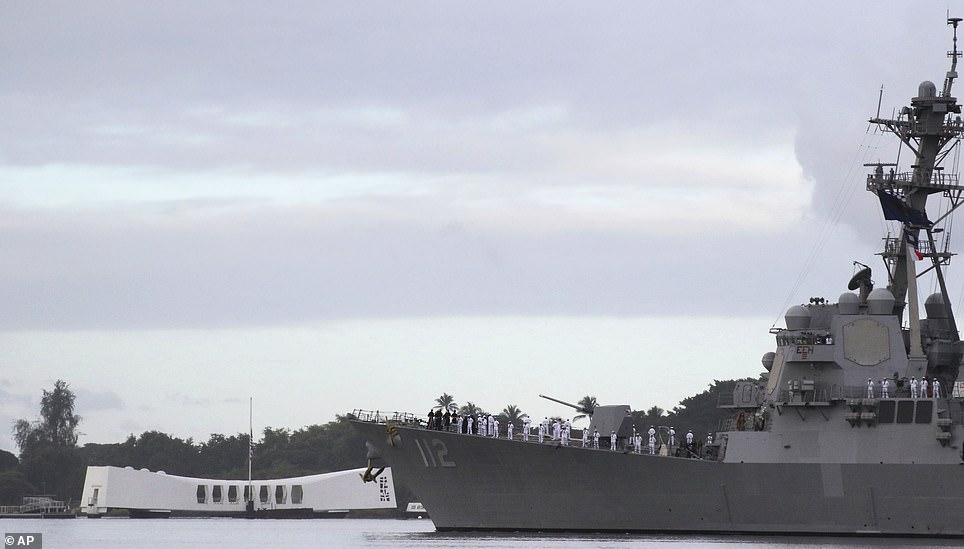 The site of the sinking of the USS Arizona is seen left on December 7, 1941, and right on Friday as the USS Michael Murphy passes by the memorial during a ceremony to honor the thousands of lives lost at Pearl Harbor 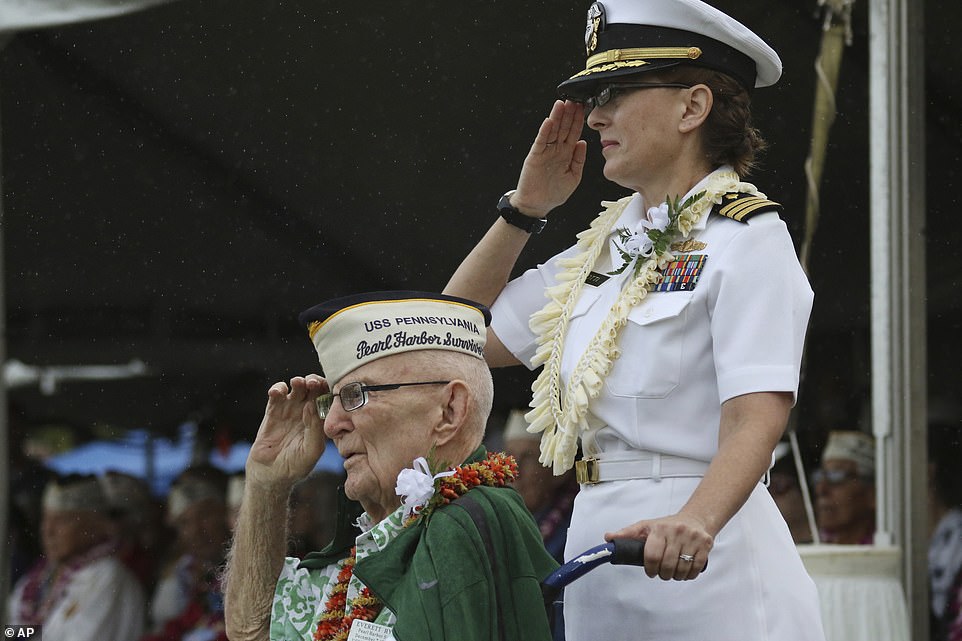 Everett Hyland, seated, who survived the attack on Pearl Harbor as a crew member of the USS Pennsylvania, salutes along with his granddaughter, Navy Cmdr. Anna-Marie Fine on Friday as the USS Michael Murphy passes in Pearl Harbor 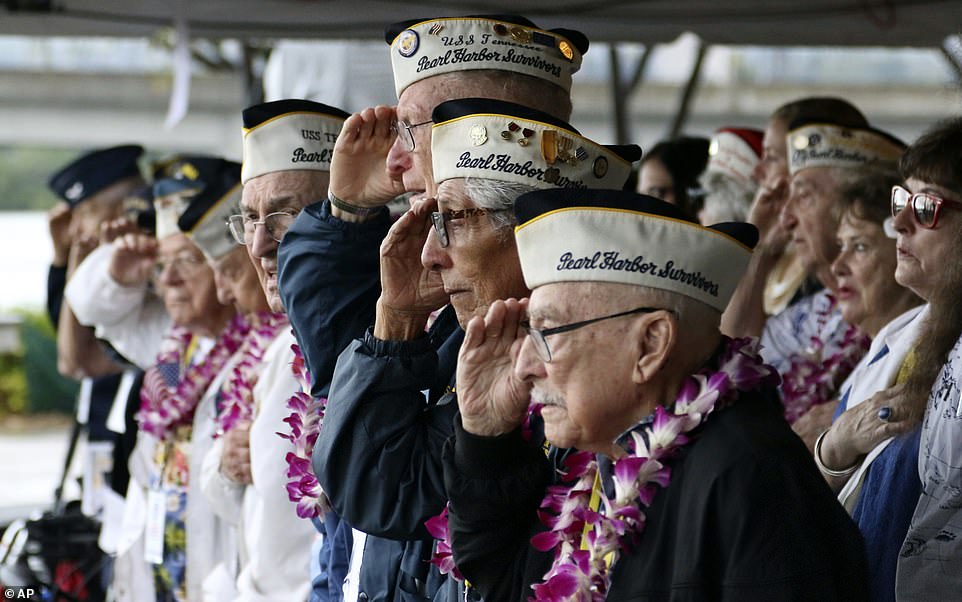 Pearl Harbor survivors salute during the National Anthem at a ceremony in Pearl Harbor, Hawaii on Friday 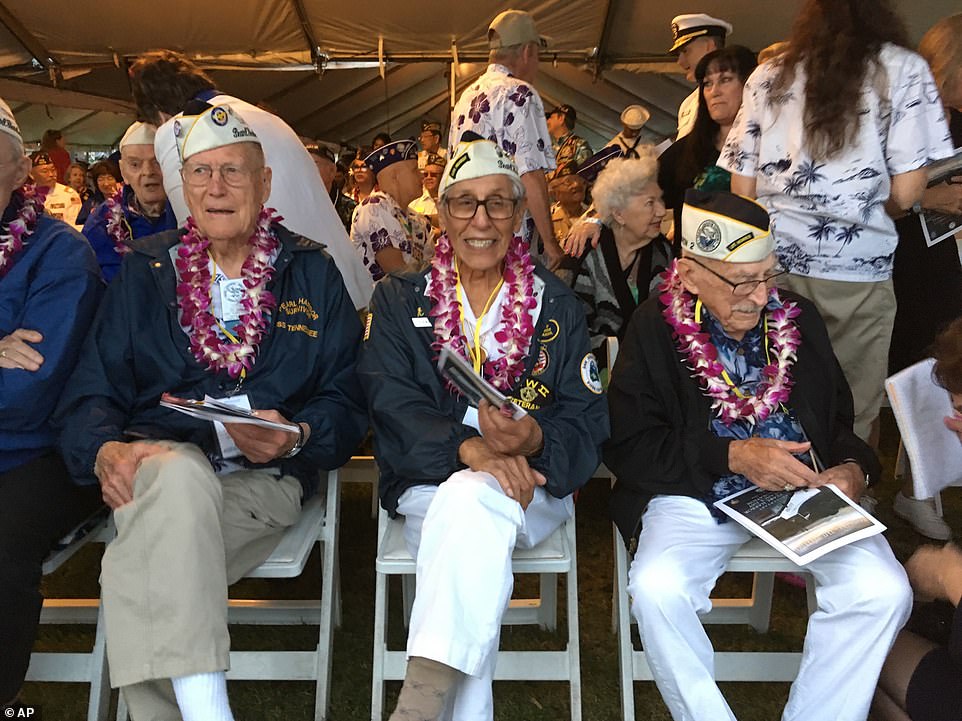