The House speaker is fond of three precepts; spend time with her and you'll hear them all. One is from Abraham Lincoln: "Public sentiment is everything. With it, nothing can fail; against it, nothing can succeed." 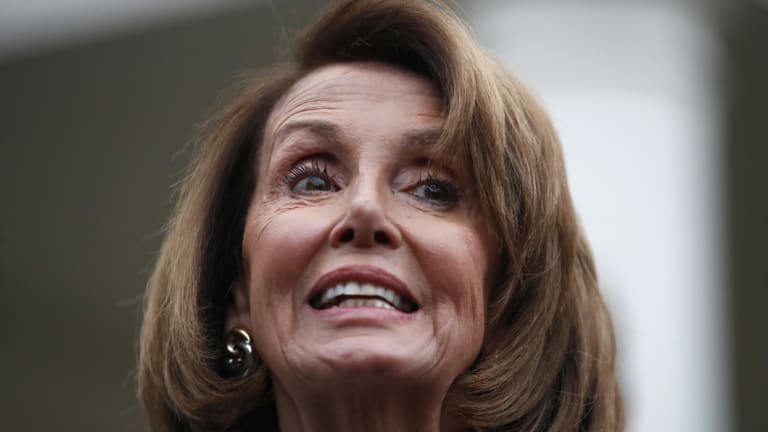 A Pew Research Centre poll released Wednesday reported that 58 per cent of Americans oppose building a border wall; 61 per cent disapprove of the way Trump is handling the shutdown.

But if he's being blamed, it's his own fault. In a contentious meeting on December 11, Trump told Pelosi and Senate Minority Leader Charles E. Schumer that he'd be "proud" to shut the government over his demands for a wall.

"I will take the mantle," Trump said as the clash played out on live TV. "I will be the one to shut it down."

Even worse for the White House, Democratic voters are more unified on the issue than Trump's base. The Pew survey found that 84 per cent of anti-wall Democrats oppose any compromise that includes funding for the wall. 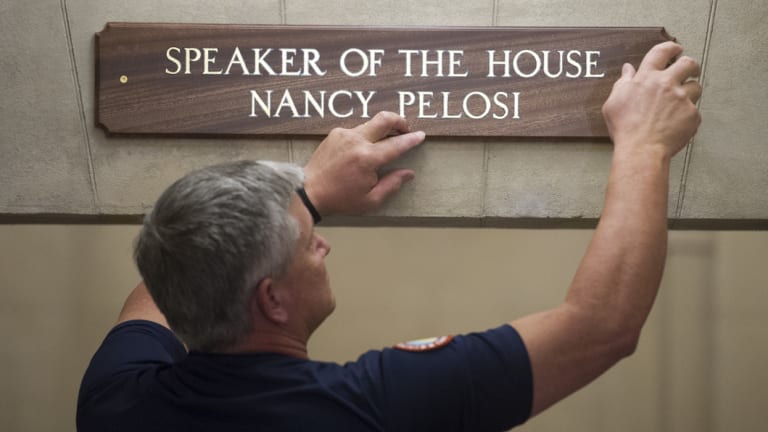 The sign at the office suite of House Speaker Nancy Pelosi is installed on Capitol Hill in Washington. Credit:AP

So Pelosi and her allies are winning the "outside game," the battle for public opinion – even though that's supposed to be Trump's turf.

The speaker is prevailing in the inside game too. That should not come as a surprise, since she's one of the Democrats' best vote counters in a generation.

After the November 6 midterm election, her re-election as speaker was challenged but she quashed a nascent Democratic rebellion with relative ease.

Now the confrontation with Trump has united House Democrats; the left-wing insurgents and centrist mavericks who once grumbled about the 78-year-old speaker have fallen into line.

Contrast that with the Republican-led Senate, where a dozen members of the GOP majority have complained that the White House has no strategy and several have proposed reopening the government without money for a wall.

Trump has never mastered the art of dealing with his own party in Congress, let alone the opposition.

He's changed his positions on proposed legislation without warning. He's made promises only to back down under fire from hard-line conservatives. And when the results displeased him, he often blamed his allies.

In Congress, Pelosi's home turf, the president is out of his league.

As for underestimating Pelosi, Trump has long said he respects the speaker's political skills. But he overestimated his chances of winning the trust of the highest-ranking elected woman in US history. 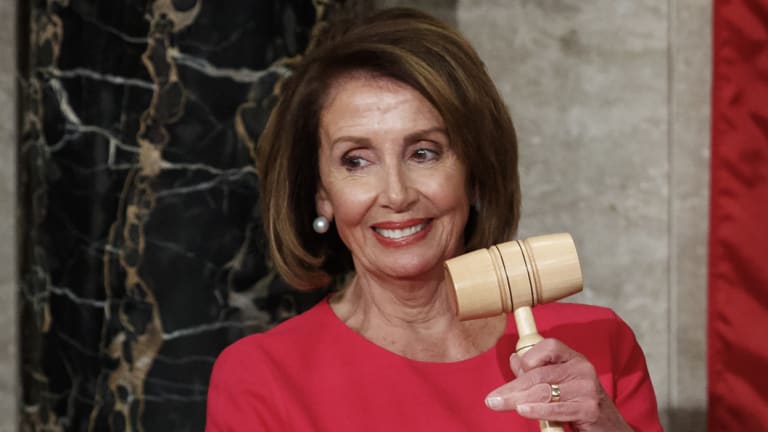 House Speaker Nancy Pelosi of California holds the gavel after at the Capitol in Washington, DC.Credit:AP

At first, the president tried a charm offensive, praising Pelosi's abilities and sparing her the schoolboy nicknames he slaps on others.

"I think you're terrific," he told her after the 2016 election. "You're somebody that gets things done."

But Pelosi kept him at arm's length, and except for one short-term spending deal, bipartisan cooperation didn't bloom.

When Democrats won the House majority in November, Trump tried again. At the Oval Office meeting with Pelosi and Schumer, he excused her hard-line opposition to the wall by saying she faced a tough election for the speaker's seat.

Pelosi interrupted him. "Please don't characterise the strength I bring to this meeting," she said icily.

Later, she publicly compared the president to a child throwing a tantrum, and told House colleagues that the wall "is like a manhood thing for him – as if manhood would ever be associated with him."

Her trash talk was intended strategically, an aide said, "as a way to break through." The message was that Pelosi won't be intimidated, even by a president.

On Saturday, signs of movement appeared but the two sides remained far apart on the central issues.

Trump proposed that Congress fund a wall in exchange for a three-year reprieve from deportation for the so-called Dreamers, immigrants who entered the country illegally as children. Pelosi called that "a nonstarter."

Instead, she plans to pass a package of House bills that would reopen shuttered government agencies and increase spending on border security – without a wall.

Both proposals appeared intended to allow each party to claim that it's working toward a solution, another front in the battle for public sentiment.

Pelosi's real goal is to establish a new balance of power for the next two years – reflecting her fourth precept: "Congress is a co-equal branch of government."

In a sense, she's been preparing for this fight for decades. She's served in Congress since 1987 – including 12 years as minority leader and four as speaker.

And Trump? He landed in the White House almost by accident, never planned for his presidency, and still avoids the hard work of absorbing briefings and formulating policies.

She knows how to do her job. Him, not so much. It's not a fair fight.