JK Rowling’s PA, 36, who defrauded the author out of £19,000 has declared herself bankrupt ‘without paying back a penny’

A former personal assistant of JK Rowling who was ordered to repay almost £19,000 she fraudulently obtained from the author has declared herself bankrupt, allegedly without paying back a penny.

Amanda Donaldson, 36, from Coatbridge, Lanarkshire, was told to pay damages to the writer after a sheriff ruled she spent money on a company credit card and removed foreign cash from a safe without permission.

It has now emerged that Donaldson was made bankrupt earlier this week with total debts of £61,316, as Ms Rowling claimed she had not received any money, which she intended to donate to her children’s charity, Lumos. 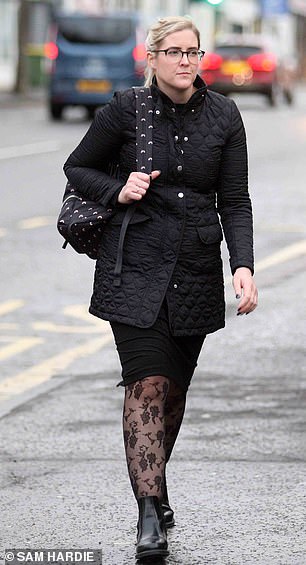 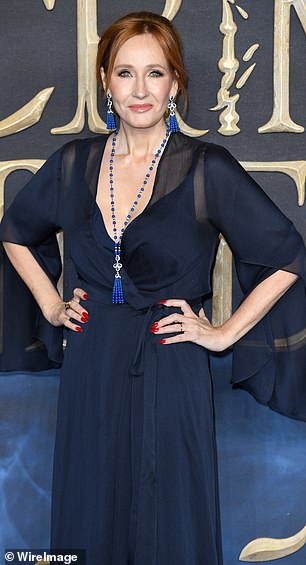 Amanda Donaldson, 36, from Coatbridge, Lanarkshire, (seen outside court before a previous hearing, left) was told to pay damages to the writer (right, in London on November 13) after a sheriff ruled she spent money on a company credit card without permission

Donaldson applied for her own bankruptcy and it was approved by the Accountant in Bankruptcy, Scotland’s insolvency service.

She declared that she had no assets available to pay off creditors, and a bankruptcy trustee has been appointed to take control of her finances.

The Harry Potter author sued Donaldson in a civil case at Airdrie Sheriff Court under her married name Joanne Murray after sacking her for gross misconduct.

A statement released on behalf of Ms Rowling said: ‘Following the conclusion of the court case, a decree was served on Amanda Donaldson for the recovery of £18,734 which she had fraudulently misappropriated from JK Rowling.

‘This money, once recovered, was intended to be donated to Ms Rowling’s charity Lumos. Ms Rowling has not, thus far, received any of the monies due.

‘Ms Donaldson’s subsequent declaration of bankruptcy details debts that are far in excess of the sum due to Ms Rowling.

‘Ms Rowling hopes that in taking action against Ms Donaldson and highlighting her fraudulent behaviour, she has stopped her defrauding or breaching the trust of anyone else.’

The civil hearing heard how Donaldson, who worked for Ms Rowling between February 2014 and April 2017, treated the job as a ‘blank cheque’ and bought a host of luxury items. 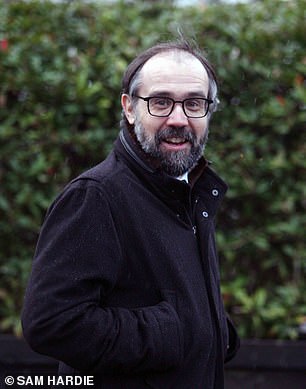 Donaldson denied all wrongdoing insisting all the money had been used to buy items for the personal and business use of Ms Rowling, who used her married name Joanne Murray in the action.

But the Harry Potter writer’s husband Dr Neil Murray described Donaldson as a ‘good liar’ when he gave evidence in the case.

In a written ruling, the sheriff said Donaldson had obtained the money through ‘fraudulent misrepresentation’ and had shown ‘persistent brazen dishonesty’.

Sheriff O’Carroll said he had no doubts over the ‘credibility’ and ‘reliability’ of the evidence given by Rowling and her husband.

He said the Edinburgh-based writer gave her evidence ‘in a thoughtful, considered, measured, accurate, honest and reliable fashion’.

In evidence, Donaldson insisted she had done nothing wrong and claimed Rowling was a ‘generous but not approachable’ employer.

She said: ‘I don’t lie, I’m not lying. It is not a very nice accusation to hear but I’m telling the truth.

‘The job could be quite tense. There were frequent discrepancies which were really not needed but would happen.

‘I would speak to the accountant and if he had any questions he would ask me but he was happy with what I was submitting.’

The sheriff said the expenditure on Molton Brown toiletries of £3629 was ‘extraordinary’.

Giving evidence during the case, the author said she did not ask Donaldson to buy the toiletries. She said her husband is allergic to strong perfumes so she would never buy them for home or office use.

Donaldson also claimed she had bought chocolate for Ms Rowling but the writer said she did not eat it and would never give it as a gift.