The real RAT race: Pest control experts warn Britain’s rodent numbers are on the rise and are set to invade homes this winter after ‘running riot’ in empty buildings during lockdown

Pest control experts have warned Britain’s rat numbers are on the rise and are set to invade homes this winter after ‘running riot’ in empty buildings during lockdown.

Boss of Cleankill Pest Control in south London Paul Bates claimed the hot summer has led to harder ground so rodents cannot burrow and will move towards houses.

But owner of Pest UK Alec Minter said there will continue to be a rise in pest control call outs due to factors caused by the coronavirus pandemic.

It comes after analysis in the summer showed rat and mouse infestations had rocketed by 120 per cent during lockdown. 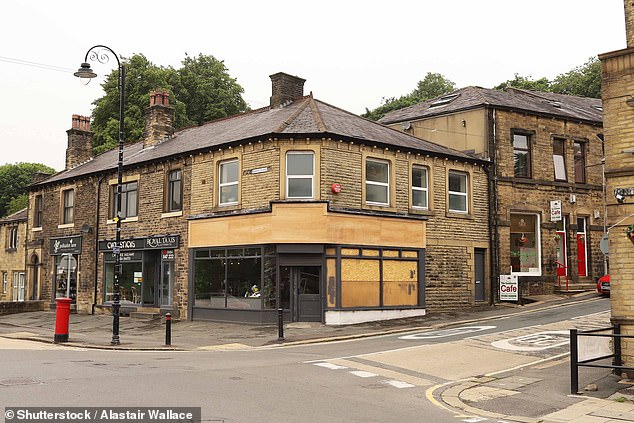 Mr Bates said as the weather turns cold rats are on the lookout for somewhere warm to nest for winter and to find a spot to breed.

He said although the summer would not have affected breeding rates among rats, it would have made it harder for the rodents to make burrows in the hard soil.

He said as the weather got colder now was the time to act to sure up your home to protect it from rats.

He added there were several steps to take to try to stop the rodents sneaking into people’s houses. 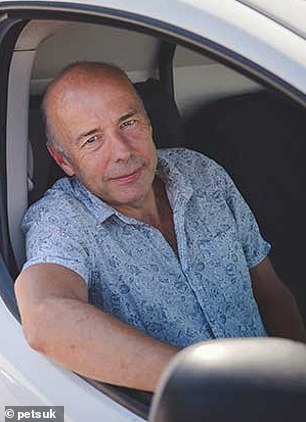 Mr Bates said people should block up any gaps in the brickwork, clear out stair cupboards and do not leave food where rats can get in.

He continued: ‘The heatwave wouldn’t have affected breeding rates, but rats have been more visible on the surface as the ground was baked hard during the heatwave, making burrowing much more difficult.

‘Lockdown has also led to rodents running riot in empty buildings in search of leftover food.’

He added: ‘At a time when we feel like bolting our doors and keeping the cold outside, it is hardly surprising that rats are trying to join us in our sanctuaries of warmth.

‘A rat can get through tiny gaps and rat colonies can grow at an alarming rate and, where you may have thought you were only sharing with one or two rats, you’ll soon find you are sharing with a very large family.

‘They will not only scratch, gnaw and rip items apart to make nesting materials but they will also chew beams and joists, causing structural damage, and through electrical cables, which can cause fires.’

The rodents cause millions of pounds worth of damage to homes by starting fires from gnawing through electrical cables and structural damage by eating beams.

Experts say now is the time time to prepare for the ‘invasion’ as rats – which can have up to six litters of between six and 12 each year – take up residence in homes. 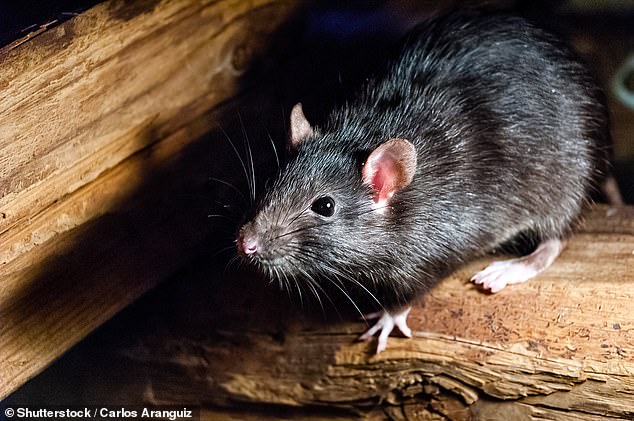 Pest control firms normally see a 30-40 per cent rise in call-outs for rodent infestations at this time of year.

And they have warned if you hear ‘scuttling and scratching sounds’ to get it investigated immediately.

Top tips for preventing and dealing with rodent infestations

Tim Finley, 46, of Maidstone, Kent, said he was ‘petrified of rats’ ever since he found a nest in his loft last year.

He said: ‘I went up to the loft and found this nest of baby rats – I panicked and didn’t know what to do. I had nightmares about it – it was like a horror film.’

He added: ‘I eventually got the rats taken care of – my which I mean exterminated, but my wife reminded me that this year if the Year of the Rat according to the Chinese zodiac.’

He told MailOnline: ‘I’m not sure hard ground is the case. There have been a lot of rats because of a lot of empty houses due to Covid.

‘Then with this a lot of people being at home and seeing them has seen more reports.

‘I don’t think the hard ground thing is really an issue because we had a lot of rain recently.

‘There have been a lot of rats this year due to Covid. It has died off a bit but it will be worse in the winter.

‘In the summer a lot of rats can live outside but when the food dies in the winter their protection also dies back.’

Steven Belmain, professor of Ecology at Greenwich University, added: ‘There was evidence in the lockdown because a lot of restaurants where rats got food from were not open.

‘Rats were being forced to search widely for their food. Rats are out taking a lot more risks. The rat population actually declined over the UK due to lockdown.

‘The population declined but has started to rise again. [Getting into houses] is particularly a thing with mice, They can be very often driven inside in the winter.’

But he added rats are a lot larger and so find it harder to sneak into houses than mice, unless the building is decrepit and has large holes for them to crawl through.

Rodent infestations across the UK surged during the coronavirus lockdown, analysis by an insurance company found.

Data provided to Aviva by JG Pest Control found there had been a 42 per cent increase in rat infestations during lockdown by comparing call-outs from January to March with call-outs between April and June.

The family-run business, which offers pest control services in London, the Midlands, the North West, East and South of England, also saw a 120 per cent increase in rodent-related call-outs from March to June compared with the same period in 2019.

Sarah Applegate, head of general insurance insights at Aviva, said at the time: ‘There are a number of possible reasons behind the rise of rodents.

‘Reduced bin collections may have led to new food sources for pests at people’s homes.

‘Similarly, rats and mice who were used to finding food near to pubs and restaurants may have had to look elsewhere while commercial outlets were closed.

‘Or there’s the chance that people may have just become more aware of mice and rats because they’ve been at home and have been able to spot them – when they might ordinarily have been at work or school.

‘Most home insurance policies do not cover rodent infestations as part of their standard terms. However there are specialist policies available and certain add-ons which provide cover.

‘For example, Aviva Home Emergency cover provides expert help with emergencies including pest infestation of rats, mice, wasps or hornets. If you’re in any doubt as to whether you’re covered, it’s best to check with your provider.’