The panel subpoenaed him for testimony about a plan called the “Green Bay Sweep” to delay certification of President Joe Biden’s victory in the 2020 election. Navarro described the plan in his book “In Trump Time” as the “last, best chance to snatch a stolen election from the Democrats’ jaws of deceit.”

But Navarro, who is representing himself in the lawsuit, called the Green Bay Sweep strategy legal and constitutional under the 1887 Electoral Count Act. He is fighting the subpoena by arguing the committee is illegitimate and partisan.

And Navarro invoked executive privilege to keep communications with the president confidential. He joined a handful of Republican members lawmakers defying the committee and more than a dozen Trump aides and advisers who have filed lawsuits challenging committee subpoenas in court.

“Each of the issues raised in the lawsuit – which took several months to prepare – are ripe for the judiciary to address; I find it my duty to raise these issues now rather than submit to the coercion of a kangaroo committee,” Navarro told USA TODAY. “This case ultimately is about whether partisans in Congress are free to weaponize their investigatory powers – I think not – as well as the critical role that executive privilege and testimonial immunity play in ensuring effective presidential decision-making.” 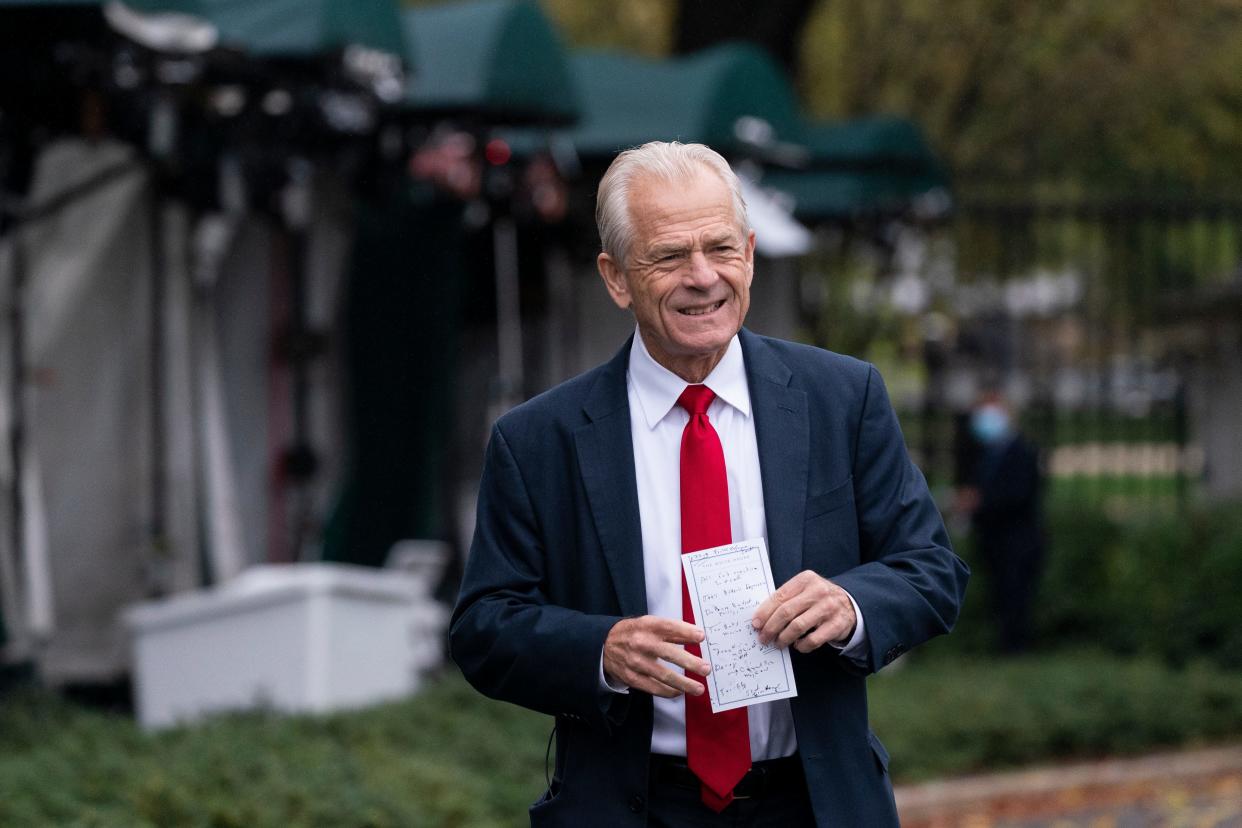 Navarro said he chose to represent himself because the cost of hiring lawyers could reach $100,000 and he has some legal experience with a doctorate in regulatory economics publishing articles in law journals.

“The Trump case, reasoned poorly and decided by an Obama judge, addresses only a small subset of the issues I raise in my lawsuit,” Navarro told USA TODAY.

Navarro’s lawsuit is among two dozen others challenging the panel for having fewer members than authorized, for rejecting Republican nominees and for lacking a valid legislative purpose.

More: Who has been subpoenaed so far by the Jan. 6 committee?

Navarro’s reply comes after McCarthy’s lawyer, Elliot Berke, sent the committee an 11-page letter Friday challenging the panel’s legitimacy. McCarthy has refused to comply with what he called a partisan panel. He charges the committee s illegitimate because it has fewer members than authorized, because his nominees were rejected and because, he argues, the committee serves no legislative purpose.

“Its only objective appears to be to score political points or damage its political opponents – acting like the Democratic Congressional Campaign Committee one day and the Department of Justice the next,” Berke wrote.

But committee members contend Trump and his former aides had no claim to executive privilege for discussions about elections rather than government policy.

“In other words, they are arguing that their roles in trying to overturn an election had to stay secret because they had official roles as advisers to the ex-President,” Rep. Bennie Thompson, D-Miss., the committee chairman, said in April while arguing for Navarro’s contempt citation. “If they want to make those claims, ridiculous as they sound, here is what the law requires: They need to show up and make those claims on the record, under oath.”

“If it is not a valid legislative purpose to investigate violent attacks, insurrections, and attempted coups against the government of the United States, then what is a valid purpose?” Raskin said.

Navarro is one of four Trump aides found in contempt by the House for defying committee subpoenas. The others are political strategist Steve Bannon, former chief of staff Mark Meadows and former deputy chief of staff Dan Scavino.

Republicans have argued contempt seeks to punish its targets rather than get information from them.

Navarro in his lawsuit argued the committee sought to “inflict punishment on me in the forms of shame, humiliation, banishment, ostracization, incitement of public hate, possible imprisonment, and the confiscation of my property, all without adequate provision of the protections of a judicial trial.”

At 72, he said the maximum punishment of a year in prison and $100,000 fine would take significant shares of his life expectancy and retirement savings.