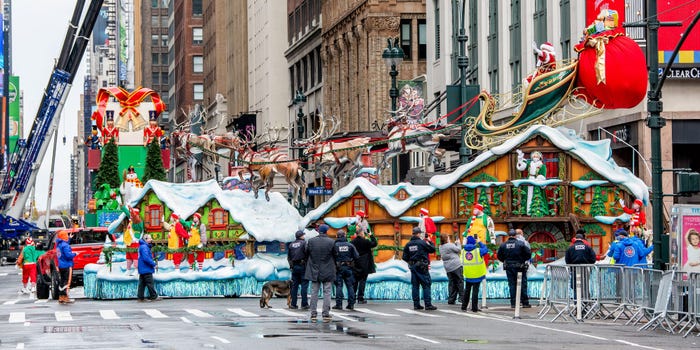 The COVID-19 pandemic didn't stop the iconic Macy's Thanksgiving Day Parade from going forward in New York City on Thursday, but new safety precautions made this year's event unlike any other.

Normally, the famous parade draws droves of spectators to 34th Street in Manhattan to watch the floats and performers go by.

But this year's parade placed safety first, confining the event to a television-only parade that was "reinvented to safely keep spectators in New York City at home and families nationwide glued to their televisions," according to a statement from Macy's.

Coronavirus cases across the country have been spiking, and 2,300 Americans died of the disease on Thanksgiving Eve alone.

Here's how the event unfolded.

Normally, the parade marches down a 2.5-mile route. But this year, the performers were confined to a single block. Much of the televised event had also been pre-recorded. 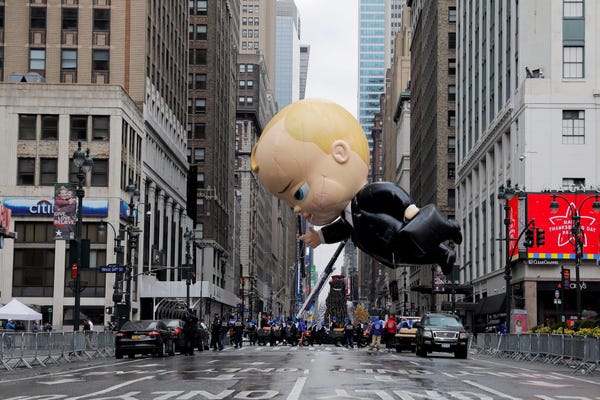 Authorities put police barricades in place to make sure crowds didn't form and gather too closely together. 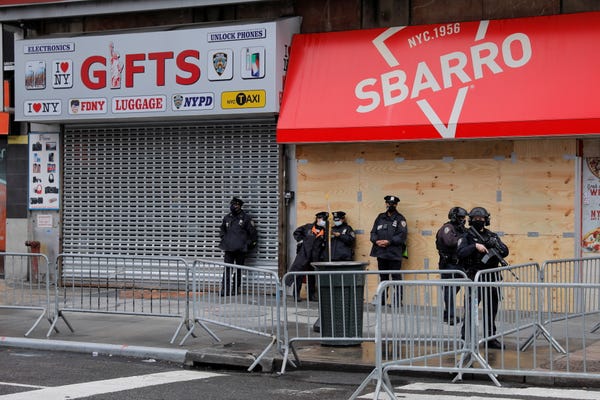 Not everyone stayed away — photos show a small number of casual spectators taking a peek at the event. 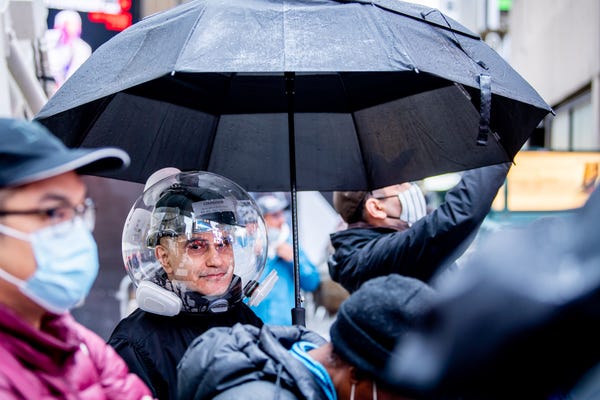 But the atmosphere was notably muted. One spectator told The New York Times "the energy is very somber." 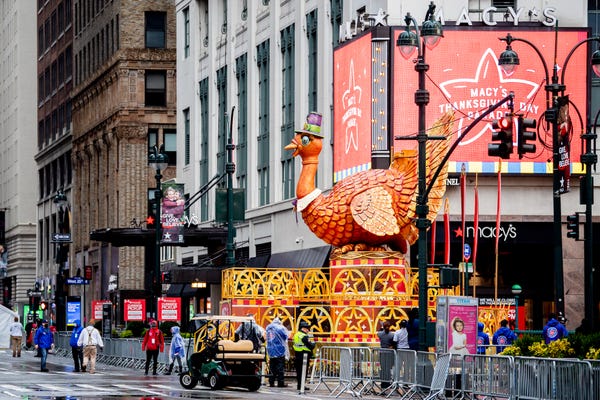 Normally, some 3.5 million people show up to watch the parade. But this year, the empty streets stood in stark contrast. 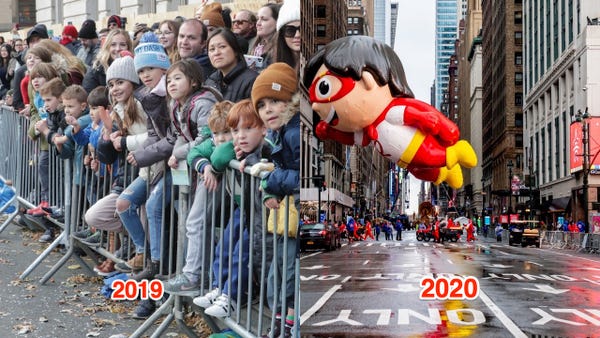 The staff and performers were also subject to new coronavirus-related rules — each of them had to undergo COVID-19 testing and wellness checks. 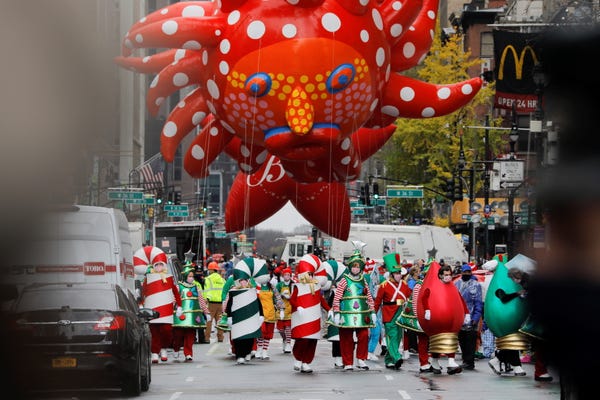 And while previous parades boasted some 8,000 participants, performers, and staff members, that figure was reduced by 88% this year. 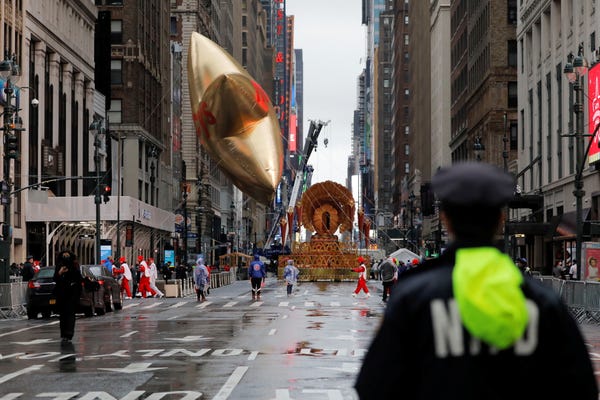 And while Macy’s giant character balloons are usually flown with 80-100 handlers apiece, this year, the event used “an innovative, specially rigged anchor vehicle framework of five specialty vehicles tested and approved by the NYC Department of Transportation and the NYPD.” 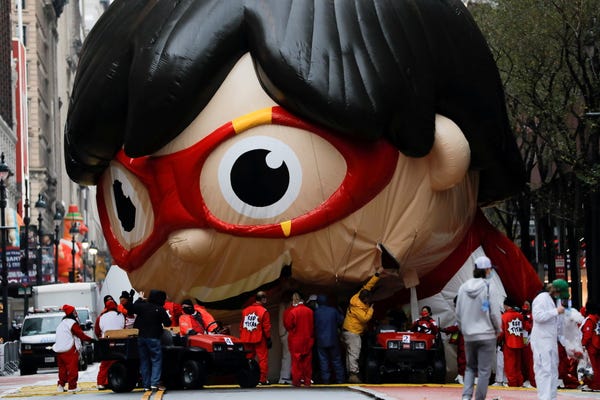 The parade's executive producer said it was important to uphold the tradition of the parade — even if it wasn't its normal spectacular display. "New York has always been a tough city. It bounces back. It takes its blows and then it continues on. And I think it's extremely important for us to be that display this holiday season," Susan Tercero told the Associated Press. 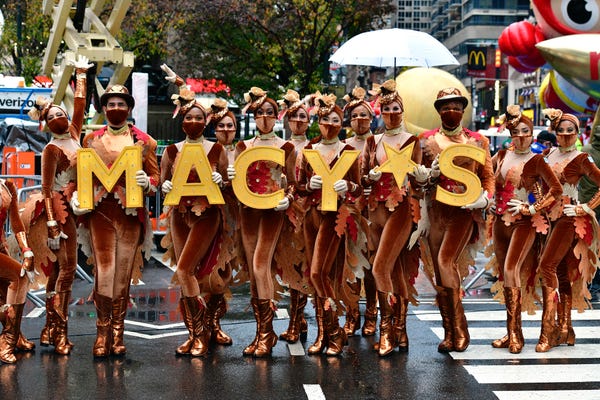