This is the moment two heartless crooks steal a pensioner’s purse as she walks into a shop.

CCTV footage of the incident shows two men follow the woman inside a store on Corporation Street, Corby, Northamptonshire, on January 5 at 11.50am.

As the woman, who is pushing a trolley, enters the shop two men can be seen walking closely behind her. 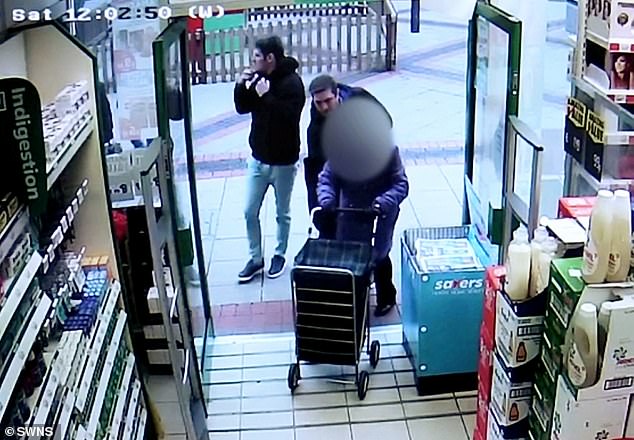 The two men follow the pensioner into the shop in Corby, Northamptonshire, and one of them leans forward to grab her purse from her coat pocket

One man, wearing a large black winter coat, reaches around the woman and grabs her purse from her coat pocket.

As he is doing this another man, in a black coat and light denim jeans, appears to block his actions from passersby.

The victim realised her purse was missing when she reached the store’s tills.

It is thought that she was followed to the store after making a withdrawal from a nearby bank’s cash machine. 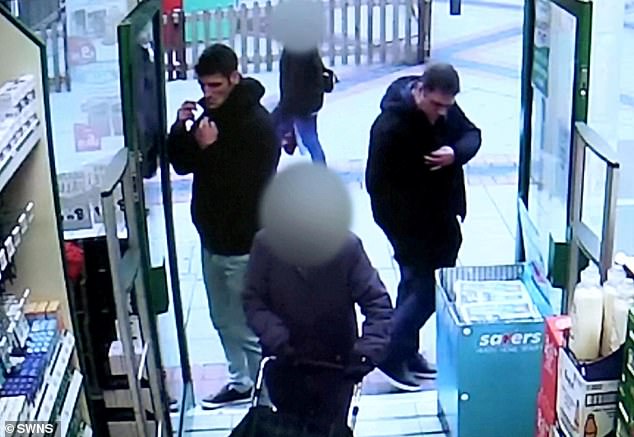 Officers from the Northamptonshire force have released CCTV of the incident in an effort to identify the two men.

Anyone with information about the identity of either of the men pictured is asked to contact Northamptonshire Police on 101.