Pictured: Teenager, 17, who died in bale-wrapping machine accident at a farm in Devon

A 17-year-old teenager who died following an incident at a farm in Devon has been named by police.

Tributes have flooded in for ‘beautiful soul’ Luke Searle who sustained serious injuries while working at Sherwell Farm, in the Plympton area of Plymouth.

He was hurt during an incident involving a bale-wrapping machine on the evening of Wednesday, June 22.

The fire service, police, plus air and land ambulances all attended the scene, but the teenager was pronounced dead at the scene.

Due to Luke’s age and the circumstances surrounding his death, a joint investigation has been launched by the police and the Health and Safety Executive (HSE). 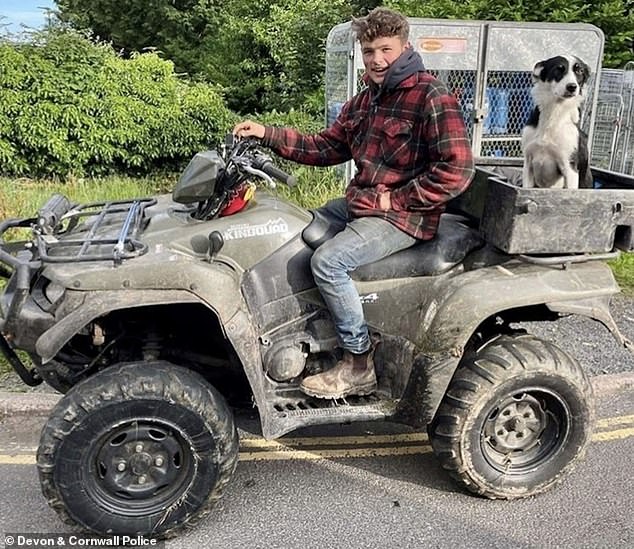 Luke Searle, 17, died in an incident involving a bale-wrapping machine at Sherwell Farm

Farmer’s Weekly reported the worker was trapped and killed in a bale-wrapping machine incident. Despite their best efforts, the young farmer was announced deceased at the scene.

Tributes have been pouring in for the teenager. One local said: ‘RIP beautiful soul, may you rest with the angels in paradise. Much love and condolences to your family and friends.’

Another wrote: ‘Such a lovely young man. [I’m sending] healing thoughts and love to Luke’s family.’

While someone else said on social media: ‘It aches from the bottom of my heart that we will never see you again Luke but we promise to give you the send off you deserve.’

His family have asked for privacy whilst they come to terms with their loss, in a statement issued by Devon and Cornwall Police. 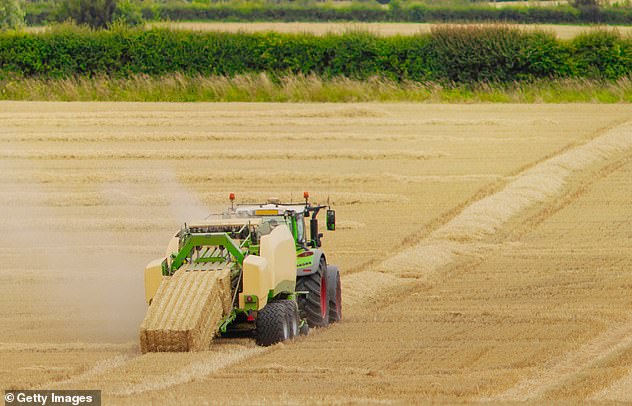 The teenage farmer tragically got trapped in a hay baler and died on June 22. Pictured: A hay baler machine pulled by a tractor, discharging a compacted straw bale from the rear in a field of recently harvested barley (file image)

It read: ‘A teenager who died following a tragic incident at a farm in Plympton has been named. Police were contacted by the ambulance service on the evening of Wednesday 22 June following reports of a teenage male having sustained serious injuries whilst working at Sherwell Farm in the Plympton area of Plymouth.

‘The fire service, police, plus air and land ambulances all attended the scene, but tragically the teenager was pronounced deceased at the scene.

‘He has since been named as 17-year-old Luke Searle who was local to the area. His family have asked for privacy whilst they come to terms with their loss.

‘Due to Luke’s age, the circumstances surrounding this death will be the subject of a joint investigation between the police and the Health and Safety Executive (HSE).’