EXCLUSIVE: First pictures of the hero train guard who calmly led 92 terrified passengers to safety from the wreckages of the Salisbury rail collision as people on board tell of their ordeal

This is the hero train guard who led 92 terrified rail passengers to safety after Sunday night’s catastrophic collision in Salisbury, MailOnline can reveal.

In the aftermath of the collision Martin Miller, 52, went from carriage to carriage to calm down those on board including a mother and her baby after the crash between two passenger trains.

Miraculously, no one was killed when the trains collided as they entered the Fisherton tunnel near Salisbury at 6.45pm on Sunday.

A Great Western (GWR) service from Southampton to Cardiff and a South Western Railway (SWR) service from London Waterloo to Honiton were travelling in the same direction and collided as their tracks merged at the tunnel entrance.

Mr Miller, a veteran conductor with 16 years’ experience, was in one of the rear carriages during the crash. 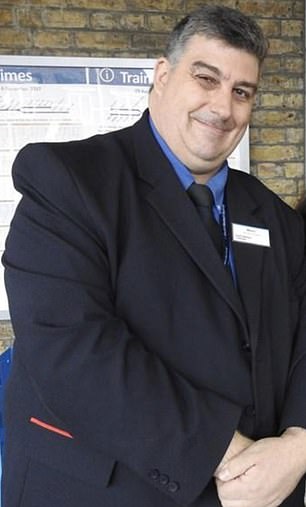 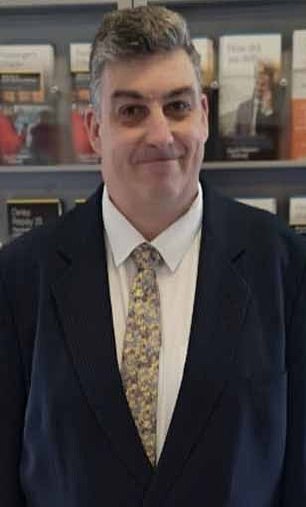 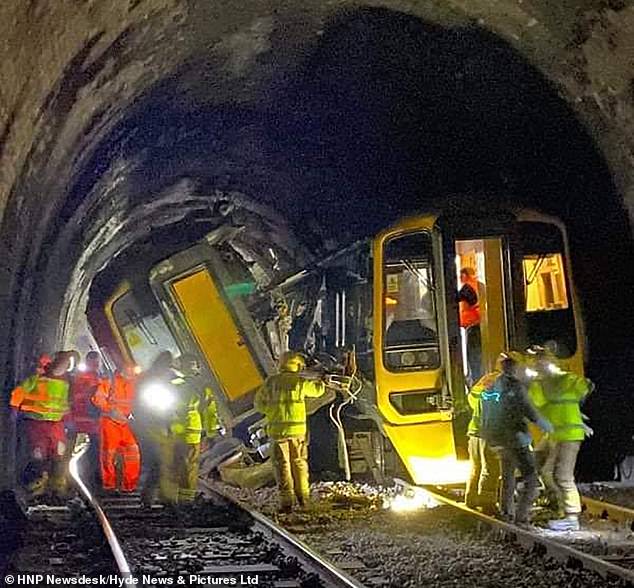 In the aftermath of the crash, the South West Railway train (left) is seen with its cab mangled after hitting the back of the stationary GWR service, which had previously partially derailed

He immediately contacted the control centre and went through the train reassuring passengers that they would be ok and would be able to leave when the tracks were made safe.

Speaking from his home near Andover, Hampshire, today, he modestly played down his role and said: ‘It’s not been very pleasant these last couple of days, obviously I have a lot of questions but all we can do is wait for the investigation to come up with the answers.

‘The company have been brilliant in fully supporting me. Aside from that I can’t say anything else.’

A total of 92 passengers were on both trains when they collided in the Fisherton tunnel just outside Salisbury city centre.

Thirty of them attended a casualty centre set up outside a nearby church while 13 more seriously injured were taken to hospital.

The driver of the SWR train – understood to be one of the company’s most experienced members of staff – suffered ‘life changing injuries’ according to British Transport Police and is being treated at University Hospital Southampton. 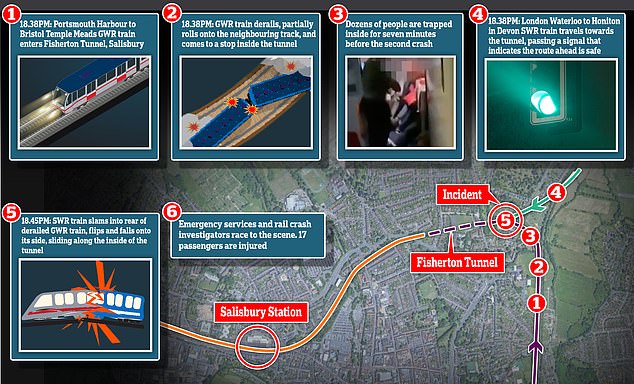 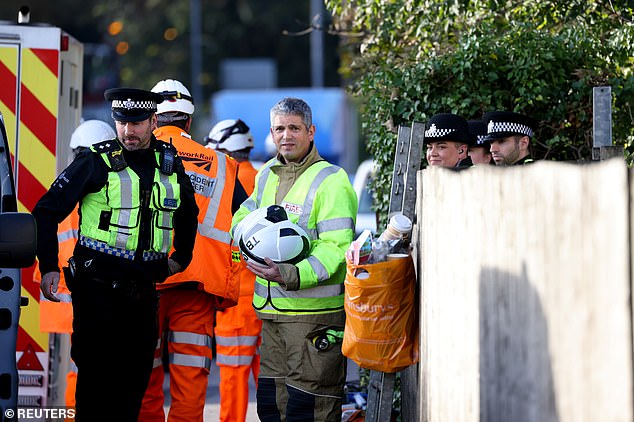 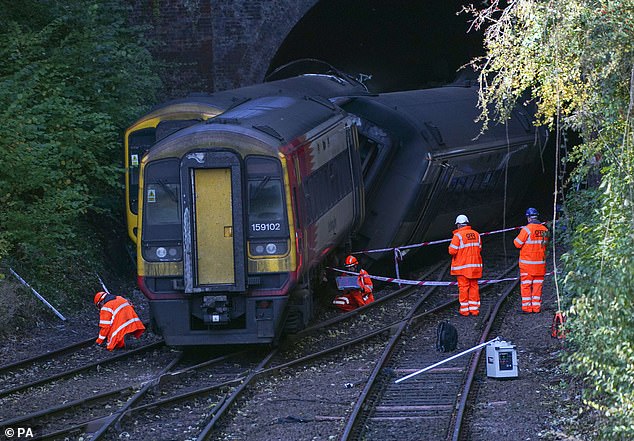 William Mills, a 29-year-old artist who was travelling from London back home to Exeter via Honiton was on board the SWR service.

Hailing Mr Miller he said: ‘There had been a lot of delays on the service prior to the crash and he handled the situation brilliantly.

‘He was really cheerful and confidently assisted passengers personally and gave them advice on the various connections, delays and rail replacements.

‘When the crash happened he was in one of the carriages at the back of the train.

‘I spoke to someone in that carriage who said Martin really helped to keep passengers calm and stop them from panicking.

‘He was in contact with his control centre and emergency services and reassured people that they had a means of escape and would be ok. 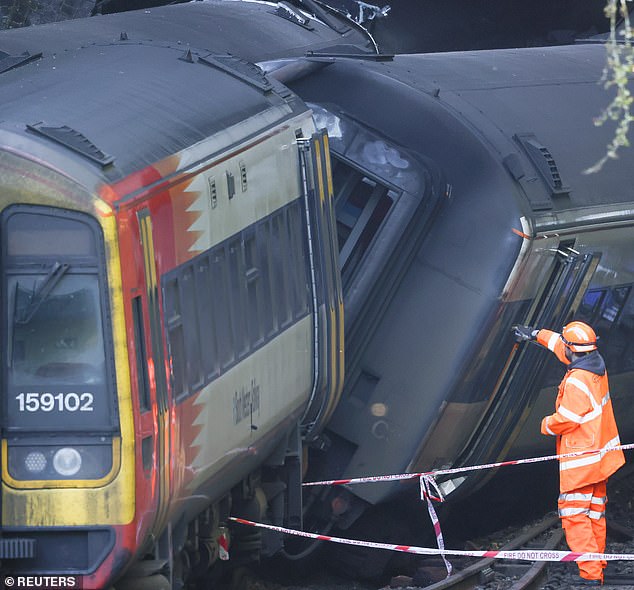 The SWR service, being referred to as ‘Train 2’, appears to be the most badly damaged of the two trains with carriages leaning at 45 degrees

‘I later passed him on the way up to the rendezvous point by the church and he was very visibly shaken and concerned about his colleague, the driver, as he spoke to police. He was a really nice guy and it stung to see him so broken up.’

In November 2017, Mr Miller helped Noemi Mercurelli when she unexpectedly went into labour on the SWR service between Waterloo and Farnham in Surrey.

He immediately informed SWR’s control centre and requested that an ambulance meet Noemi at the nearest station at the time, Surbiton.

Mr Miller then arranged for station staff to meet Noemi at the platform and wait with her until the ambulance arrived.