PIERS Morgan has defended “fat shaming” after 40 stone food addict Dibsy shed half his body weight in a year.

The Good Morning Britain host said it was in fact "tough love" – after Darren McClintock, known as Dibsy, appeared on the programme today to reveal his astonishing 20 stone dip in 12 months. 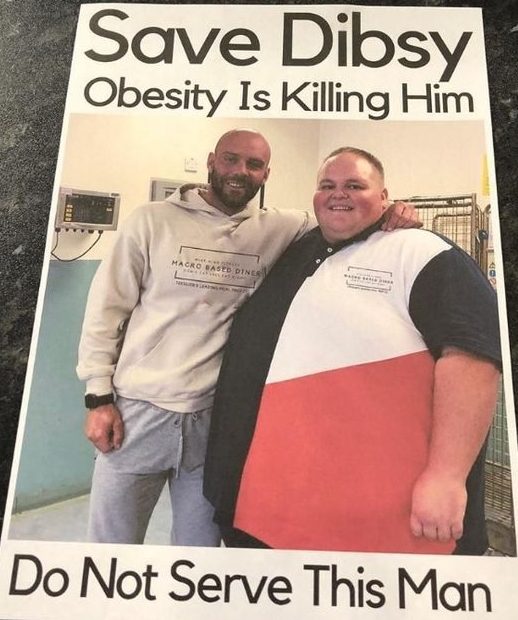 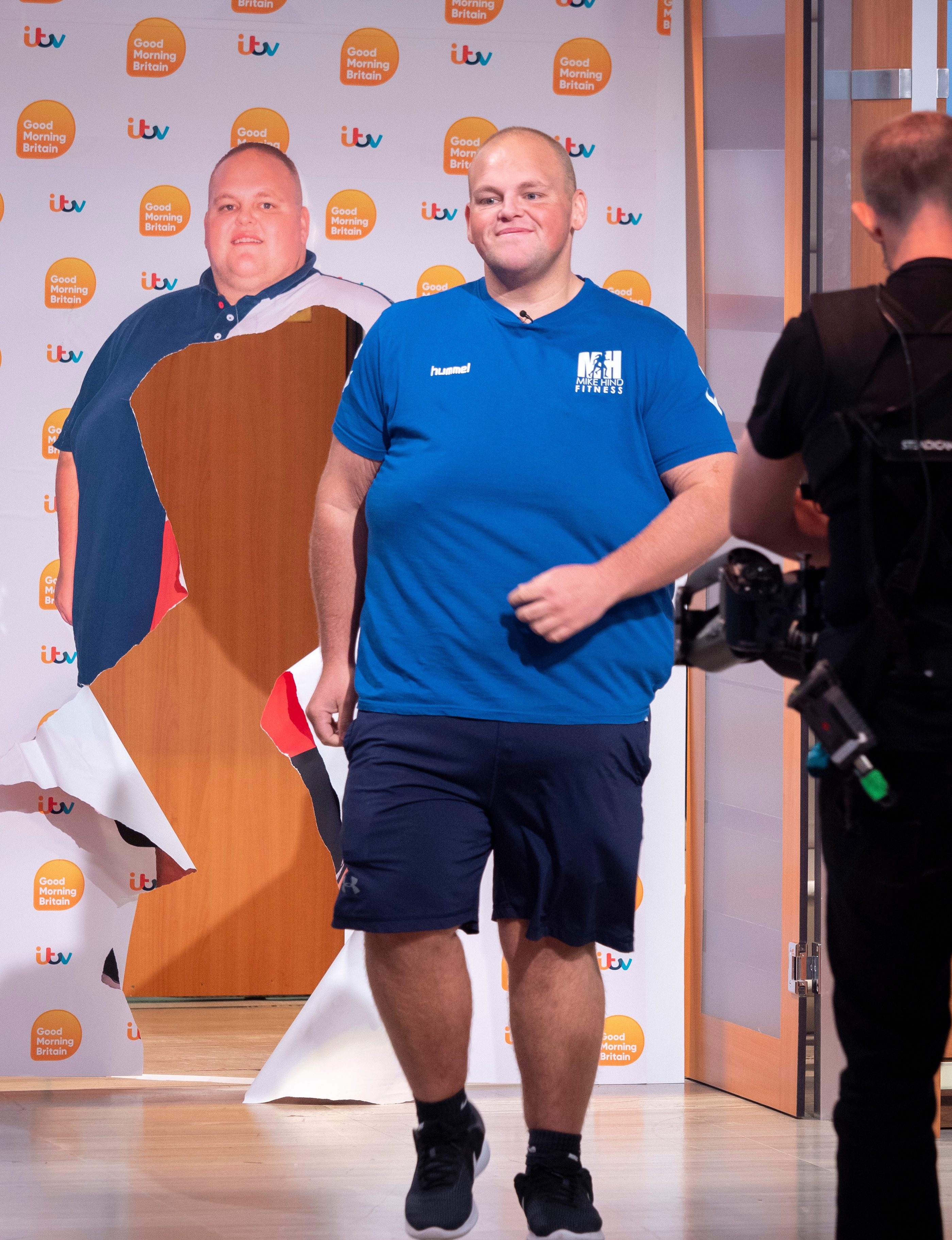 Tipping the scales at 40st 3lb, he faced the stark choice of changing his ways or risking death while he spent his nights sleeping on the sofa.

The food addict from Middlesbrough shot to infamy after he was warned he was eating himself to death by doctors with his local town banning him from all takeaways.

Piers called out co-host Susanna Reid for blasting jibes against fat people and proclaimed: "it worked" in Dibsy's case.

He said: "Remember Susanna telling you that fat-shaming doesn't work?

"This guy was 40 stone and his entire town banned him from having takeaways.

"Everywhere he tried to go he was on the banned list, he wasn’t allowed.

"He was fat-shamed and guess what folks, he lost half his body weight in a year.

"Sometimes you need someone to go, 'Hey fatty, stop eating fatty food' and by the way I'm talking as much about myself when I say that as anyone else."

Sometimes you need someone to go, 'Hey fatty, stop eating fatty food' and by the way I'm talking as much about myself when I say that as anyone else.

Susanna, still unconvinced, admitted: "I don’t like fat-shaming to tell someone to lose weight, I think it's tough love gone a bit too far."

Dibsy told the show: "I don’t think I was fat-shamed. I describe it as being supportive, fat-shaming is being called fat."

His life was turned around when gym boss Mike Hind spotted him at his healthy diner and offered to take him under his wing with a free fitness regime.

Dibsy, 28, was consuming 11,000 calories a day — an average man needs around 2,500 — feasting on sausage sandwiches, pizzas and takeaway kebabs.

Mike printed leaflets saying, “Save Dibsy, obesity is killing him. Do not serve this man”, and together the pair handed them out to all his local takeaways and asked the owners not to let him in.

At the time, single Dibsy was miserable. He couldn’t get a job and had to wear specially made clothes.

Now, he has given up fizzy drinks and booze and swapped takeaways for a calorie-controlled diet and exercise.

His gruelling training schedule comprises three gym sessions a day. And it has paid off.

Dibsy said last month, after hitting the 21 stone milestone: “If someone told me last year I would be entering the Great North Run I would have thought they were crackers.

“I was at death’s door because of my lifestyle. I was a million miles away from doing a half-marathon.

“But I have got to the starting line thanks to hard work, determination and the support of an incredible group of people.

“Obesity is a major problem in the UK but I am living proof that it can be beaten. If I can do it, then anyone can.”

The UK is the third fattest nation in Europe, according to the World Health Organisation, with more than a quarter of the population officially obese.

And the North East, where Dibsy lives, is one of the fattest regions in the country.

He has struggled with his weight all his life, and the death of his father from cancer when he was 18 only worsened his comfort-eating.

His huge bulk had a devastating effect on his life.

He couldn’t get a job, visits to the cinema were out because the seats were too small for him and he had to book two seats whenever he travelled by train or plane.

He couldn’t even wear a watch because no strap was big enough for his wrist.

Dibsy knew he had to act after a heart scare landed him in hospital last year. A doctor told him he would die unless he changed his lifestyle.

It was just after that when he visited Mike’s diner with his mum.

Married dad-of-three Mike began putting him through his paces at his Mas Body Gym in their home town of Middlesbrough and provided all his meals from his healthy eating diner.

Dibsy said: “I am much more confident now. Physically I am in a better state than I have been for years.

“Mentally I am the best I’ve ever been in my life." 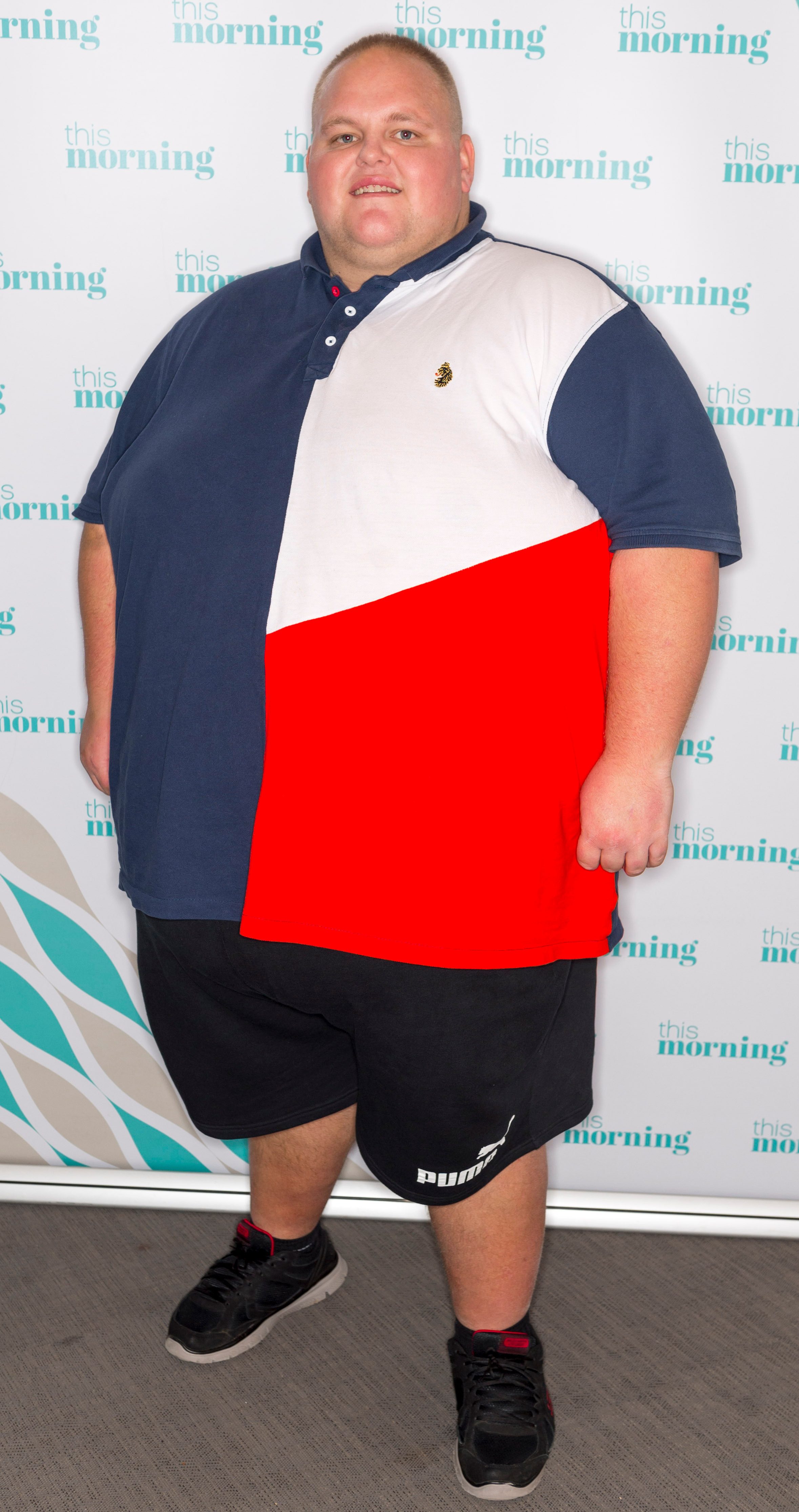 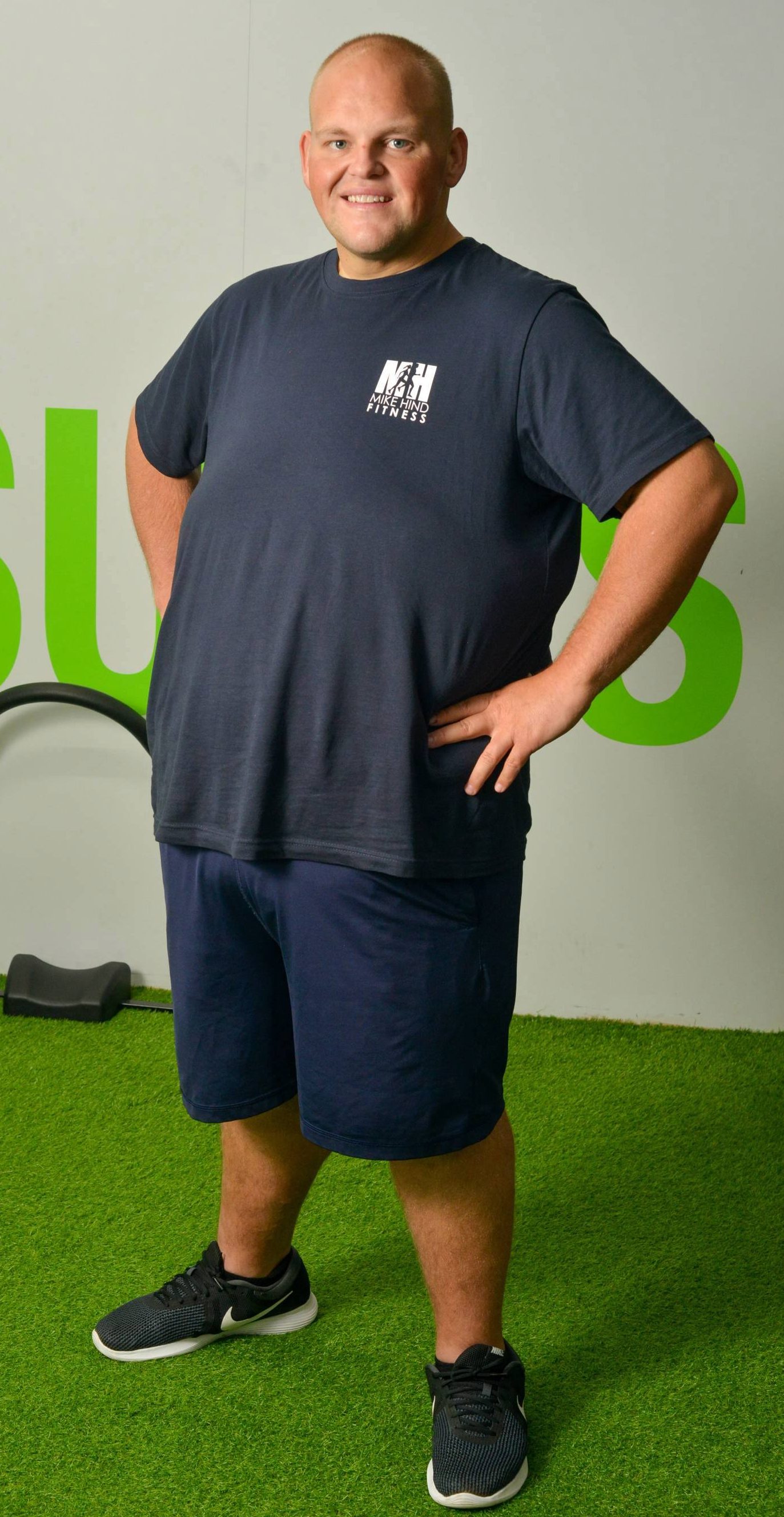 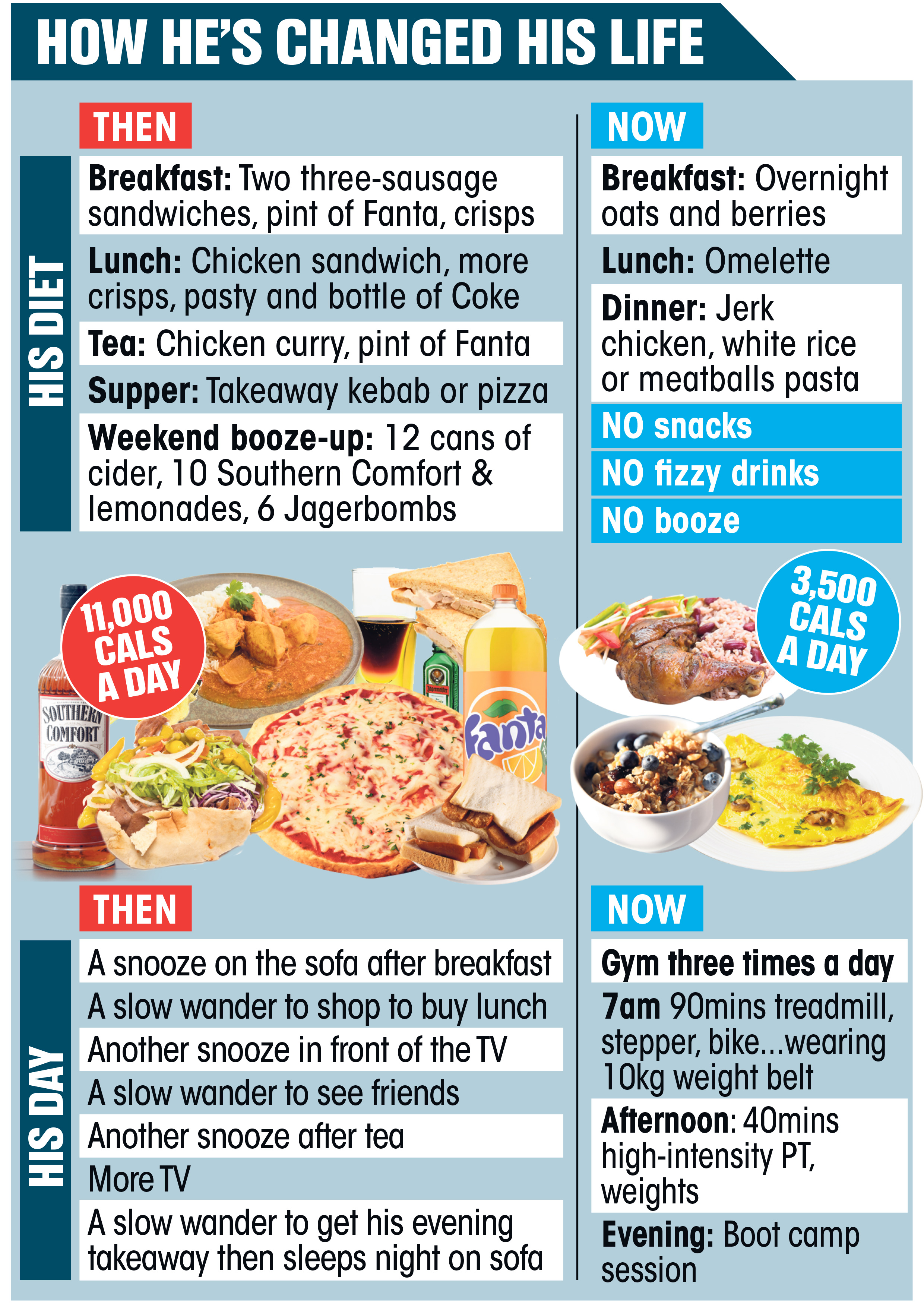 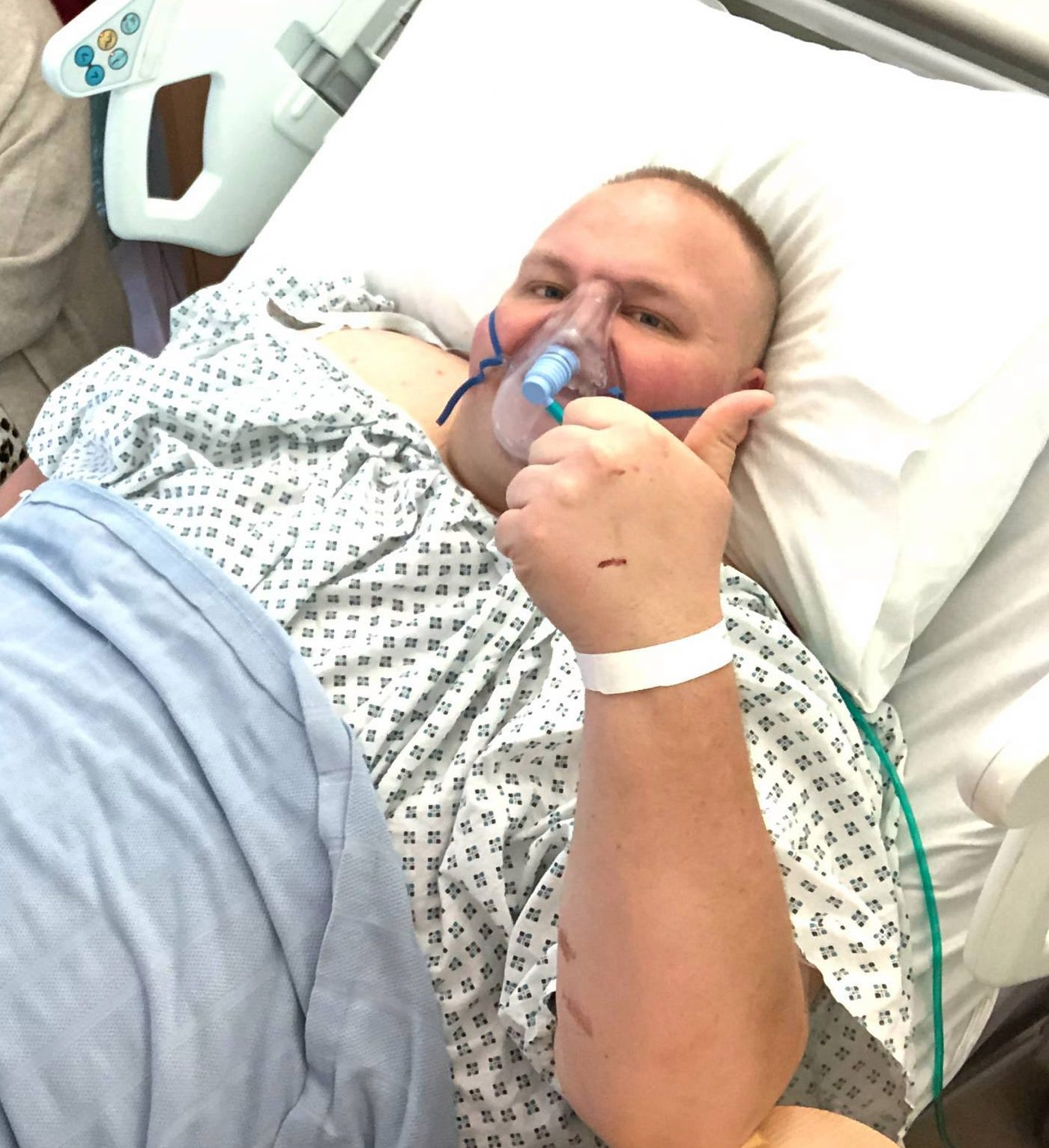 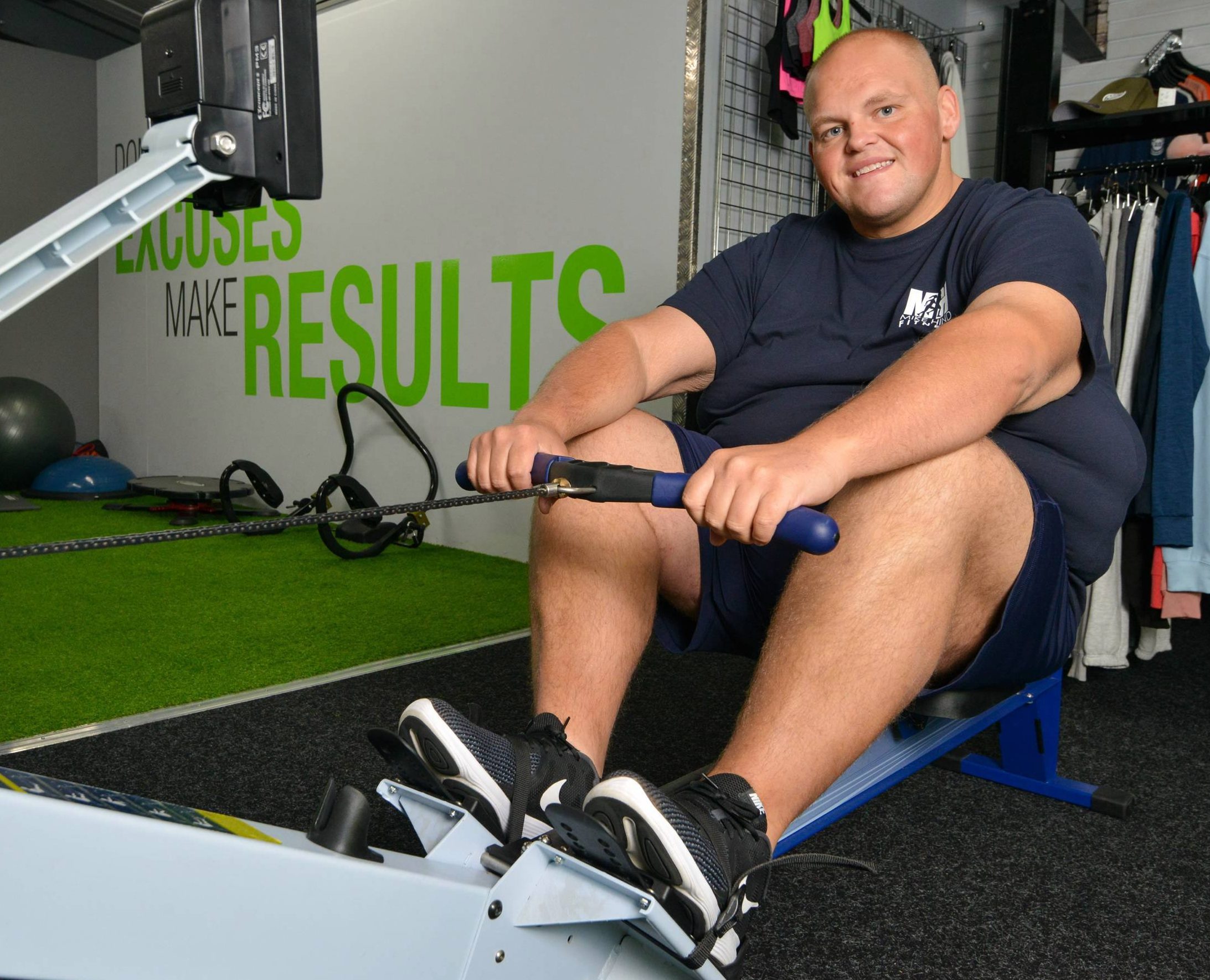 Dibsy has been disciplined with his fitness and diet routine but he did nearly fall off the wagon once.

He said: “On a Saturday night a few months ago I was at home and bored.

“I was looking through Facebook and everyone seemed to be having a takeaway and a few beers.

“I put a message up saying I was struggling and was thinking of having a takeaway myself.

“Someone alerted Mike, who was at a family party, and within 15 minutes he had phoned me and said he was coming round.

'LIVING PROOF THAT IT CAN BE DONE'

“We went out for a walk and he talked to me about what we were trying to achieve.

“Then he took me to the hospital, where you can get weighed, and he showed me how much weight I had lost.

“He said, ‘That’s why we are doing this’. I was so pleased the next day that I hadn’t given in to temptation.

“I can’t put in to words how grateful I am to Mike for everything he’s done.”

Dibsy has already become a mentor for others. He said: “I get messages every day from people all over the world. It is often a case of, ‘I can’t do it, I have tried and tried and I just can’t lose weight’.

“I answer every one of them and tell them I am living proof that it can be done.

“The most important thing is to not leave it too late. I used up nearly every one of my nine lives and put my family through hell.

“My mum used to lie awake at night to check I was breathing.

“I tell people, ‘don’t do that to your family. Go to the doctor or to the gym, there are people out here who can help you’.

“The most important thing is to start as soon as possible.” 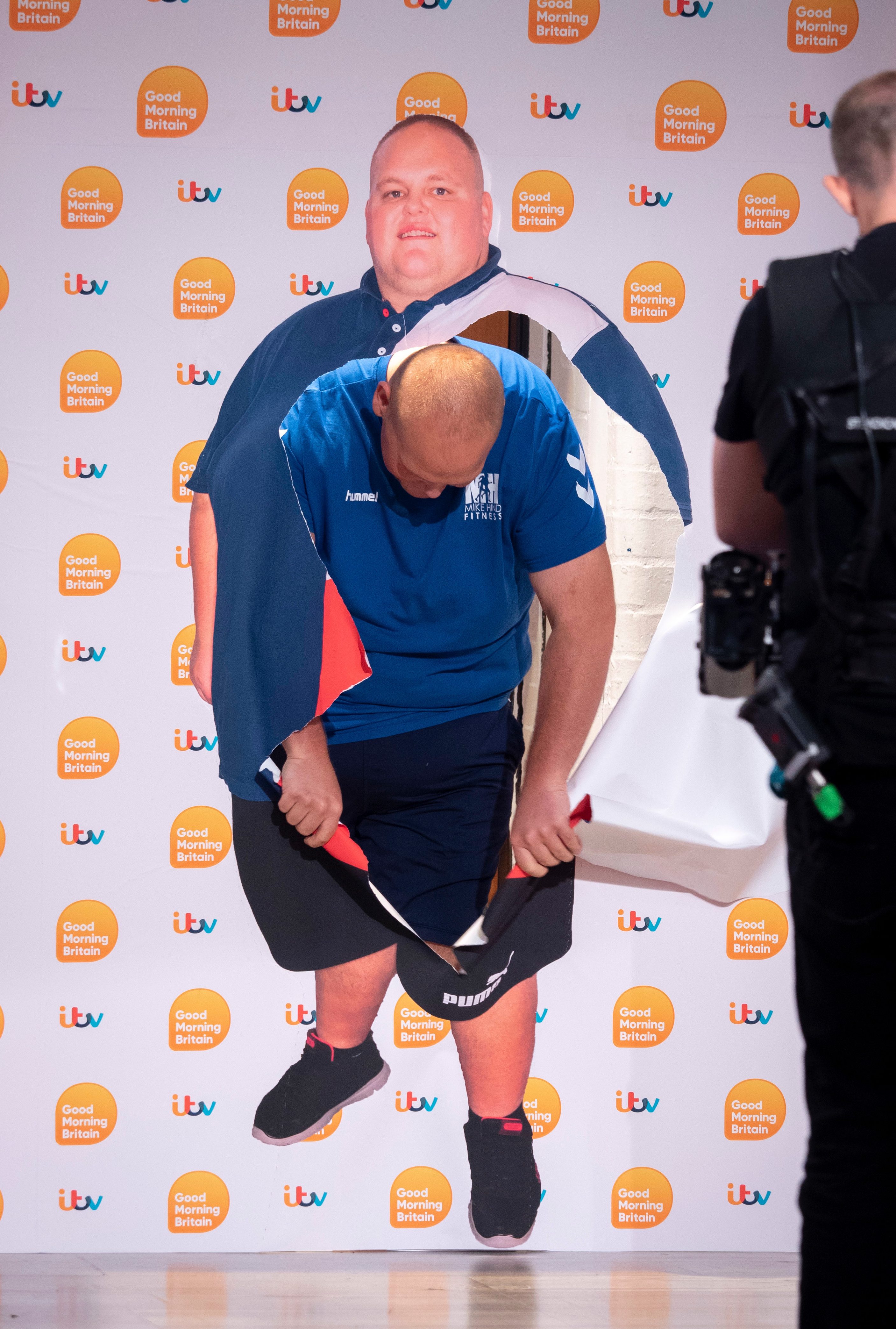 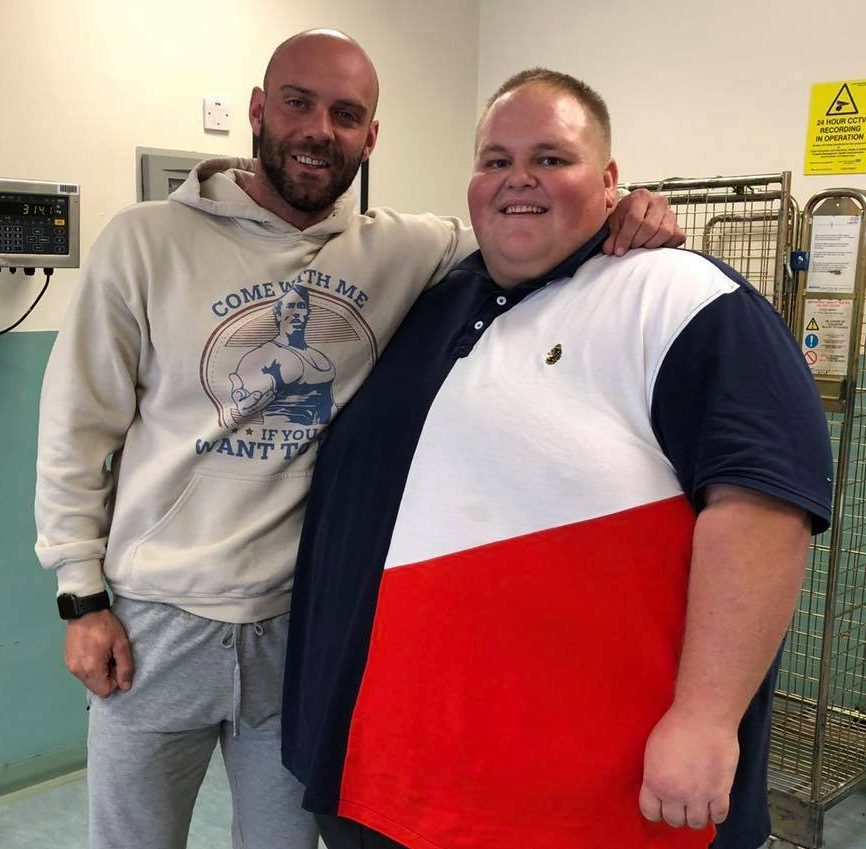 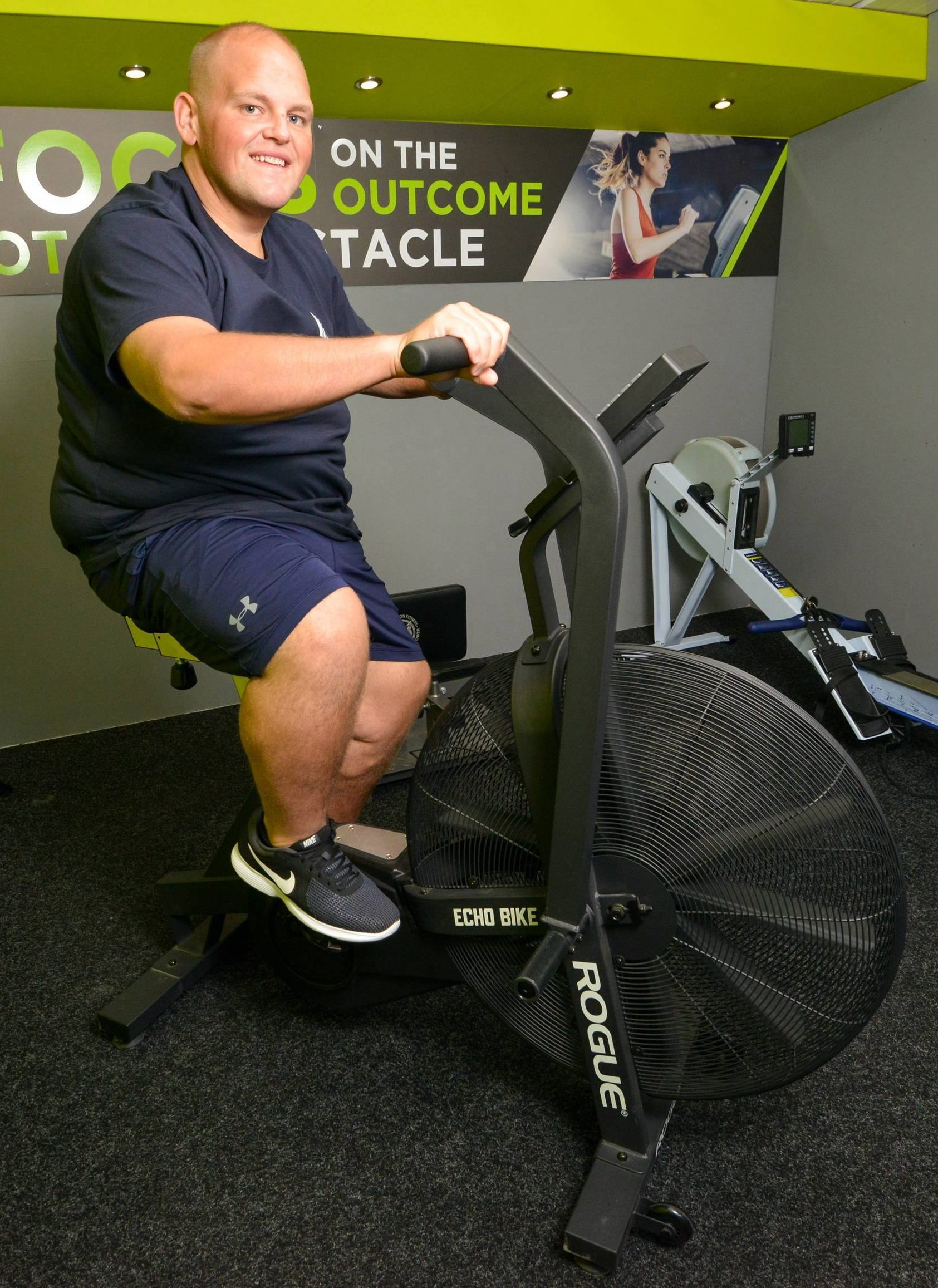 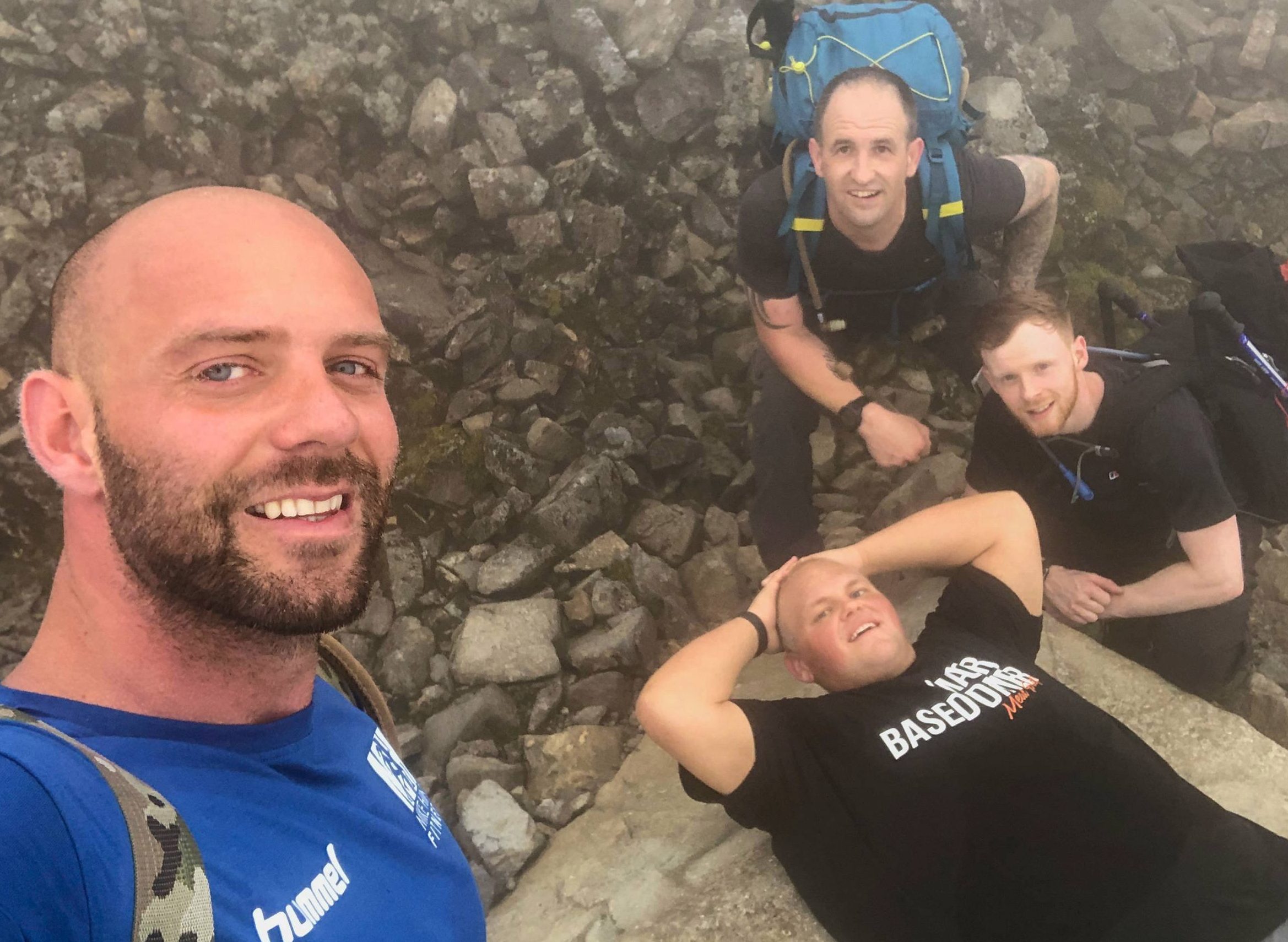 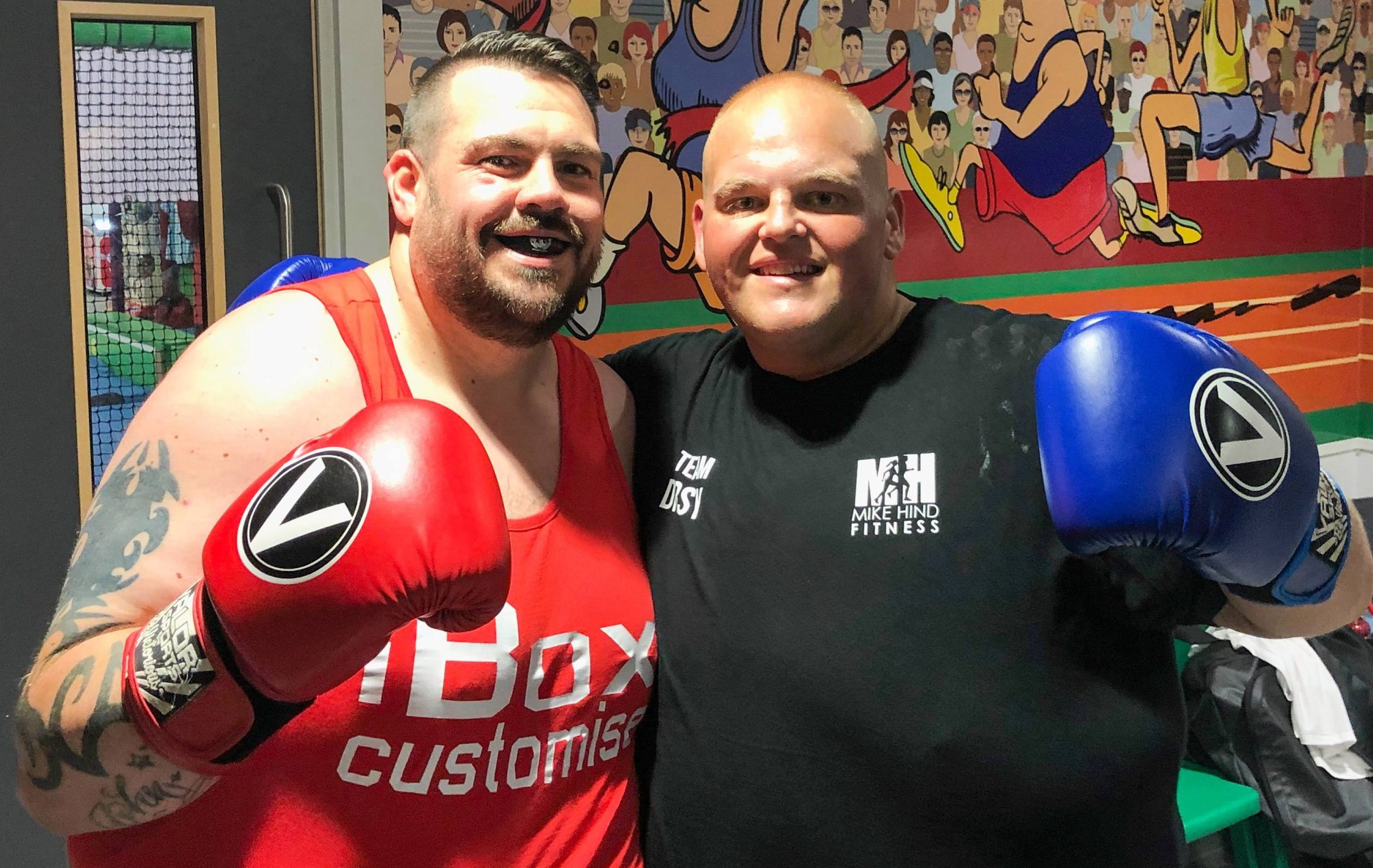 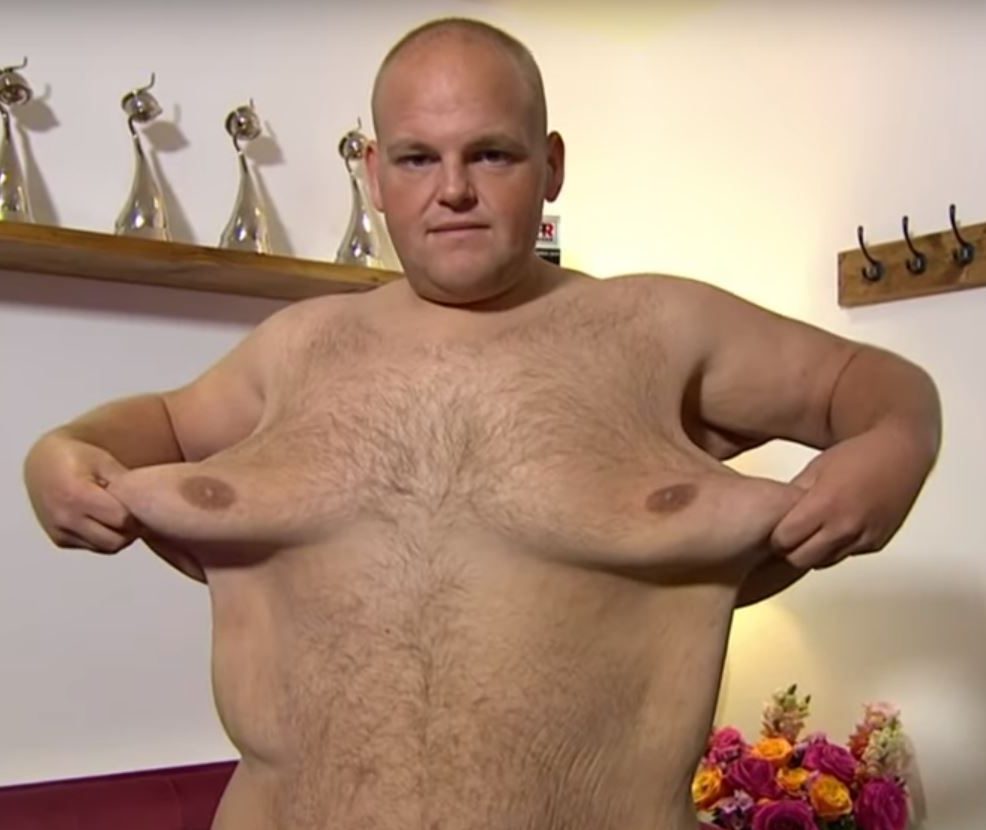