Back in the saddle! Pippa Middleton cycles through Chelsea as she’s seen on bike for first time since giving birth

New mother Pippa Middleton has been spotted enjoying a bike ride through Chelsea for the first time since she gave birth to her baby boy.

The Duchess of Cambridge’s younger sister, 35, was seen cycling past shops in the upmarket borough on Thursday.

Sporting a black parka jacket and leggings, the mother-of-one climbed aboard her bicycle to navigate the capital’s streets. 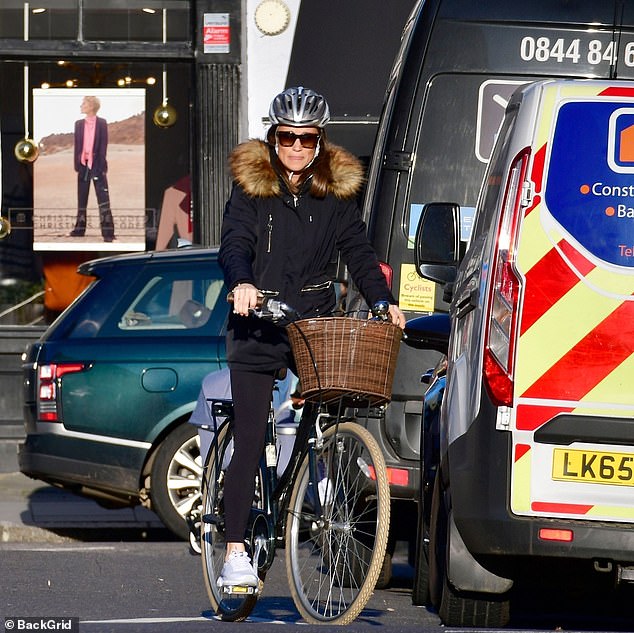 Pippa Middleton, 35, was spotted riding her bicycle through traffic in Chelsea on Thursday

She completed her outfit with a pair of bright white trainers in an effortless, sporty look.

Pippa, who married hedge fund manager James Matthews in a glamorous society wedding last spring, also wore large framed sunglasses and a grey cycle helmet as she pulled her bike onto a nearby pavement.

This is the first time Pippa has been spotted on her bike since she gave birth to her son Arthur in October. 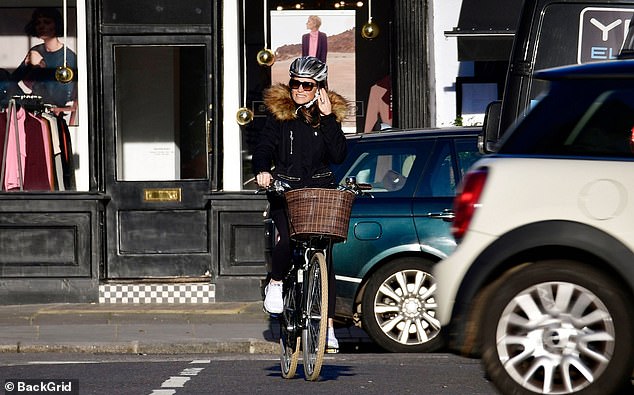 Sporting a black parka jacket and leggings, the mother-of-one climbed aboard her bicycle to navigate the capital 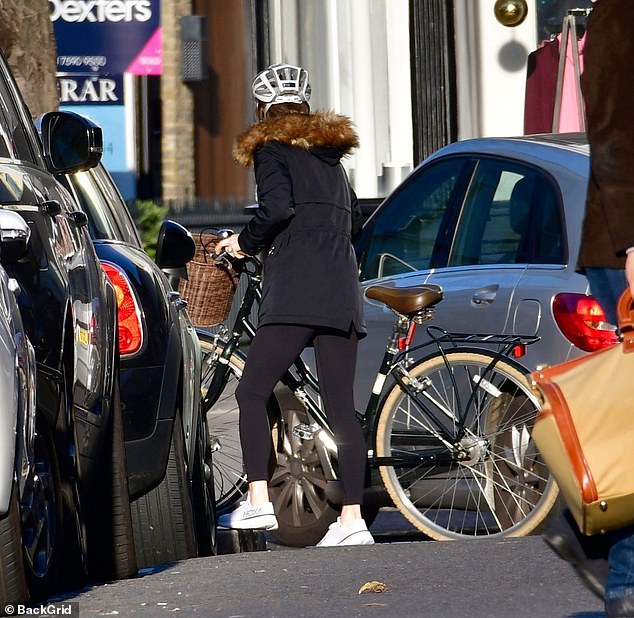 He was since named Arthur Michael William.

The name Michael is a touching tribute to Pippa’s father and her husband’s younger brother who died while climbing Mount Everest in 1999.

Michael Matthews went missing on the mountain’s infamous Death Zone while he was trying to become the youngest Briton to climb the world’s highest peak.

The newborn was delivered at the £7,500-a-night Lindo Wing at St Mary’s Hospital in Paddington – the same private maternity unit where her older sister, the Duchess of Cambridge, gave birth to her three children. 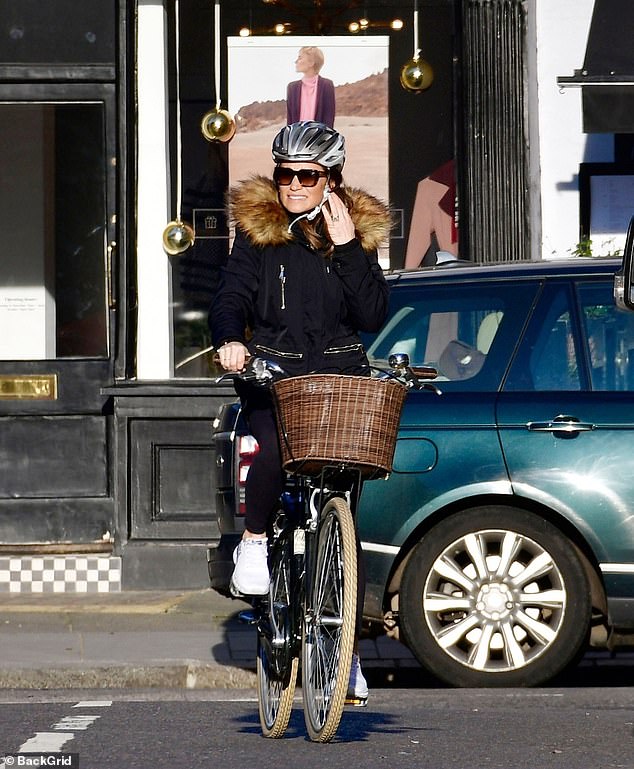 This is the first time Pippa, who welcomed her first child Arthur in October, has been pictured on her bike since giving birth

But it appears Pippa is already back in shape less than two months after giving birth to her son.

She was spotted earlier this week out on a walk with her dogs to catch a breath of fresh air.

The new mother looked effortless in a pair of grey leggings and a black padded coat as she stepped out for a stroll near her £17M West London home.

Pippa shared details of her pre-natal workout routine throughout her pregnancy in her Waitrose Weekend column, revealing how she didn’t let her regime fall by the wayside throughout the nine months.

She admitted she’d given up jogging but was enjoying a whole host of other workouts to stay fit and healthy.

‘I stopped running — not because I read it was unsafe, just because I rather liked the idea of giving my body (and growing baby) a rest from pavement pounding,’ she explained.

She added that she was ‘conscious of holding my tummy in (as if giving your baby a hug) to support my back and ensure that post-baby, my old favourite jeans will still fit… eventually.’