Plastic surgeon Ian Holten and anaesthetist Eoin Fehsenfeld were once such close friends that they bought a yacht together for $280,000.

The colleagues used the 40-foot vessel – named the Akatea after a Maori word for a white climbing flower – for sailing in regattas and intended to split maintenance expenses.

However, Akatea is now at the centre of a costly court battle after Dr Holten used it to have sex with a patient after a night of drinking.

Dr Holten, founder of Australian Skin Face Body Clinics, was banned from practising for three months in 2019 after the medical regulator found he had failed to maintain professional boundaries with a female patient.

According to the finding, Dr Holten admitted that on New Year’s Day in 2014 he drove the woman to the Geelong Yacht Club, where they climbed over a fence to gain entry, consumed alcohol and had sex. 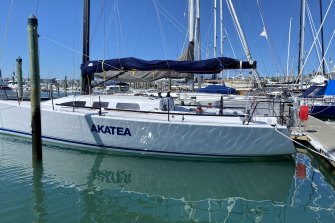 Dr Holten is now suing Dr Fehsenfeld, his former colleague at St John of God hospital in Geelong, for allegedly spreading falsehoods and making defamatory statements about him, including encouraging the patient he had sex with to complain to the health regulator.

According to documents filed in Victoria’s County Court, Dr Fehsenfeld allegedly told the patient, known as Ms P, in October 2015 that Dr Holten had slept with other patients and that she was “just another of [his] victims”.

“The plaintiff has not had sex with any other patients,” Dr Holten’s statement of claim said.

Dr Holten also alleges that parts of Ms P’s complaint to the Australian Health Practitioner Regulation Agency were untrue, including that the pair had an 18-month sexual relationship and that she had “lost her husband, her home, and children” because of him.

In his writ, Dr Holten outlines how he fell out with Dr Fehsenfeld over their ownership of the Akatea in the time leading up to Ms P’s complaint.

“The defendant was not prepared to pay his share of running expenses and repeatedly complained about the plaintiff’s children using the boat,” Dr Holten claimed.

“The defendant falsely accused the plaintiff … of damaging the motor of the boat and stealing things from the boat.”

“The amount was significantly less that what … [my] share in the boat was worth,” Dr Holten claimed in court documents.

In the following years, Dr Holten claims that Dr Fehsenfeld engaged in a campaign to ruin his reputation, which included telling nurses and other staff that his practice would be “shut down” because of his behaviour.

He also alleges that Dr Fehsenfeld made a false statement to police claiming he had been assaulted by Dr Holten when the plastic surgeon was dropping off the Akatea’s mainsail.

Dr Holten is pursuing damages for defamatory statements, as well as injurious falsehoods. He claims the AHPRA investigation cost him $440,000 in time away from work. 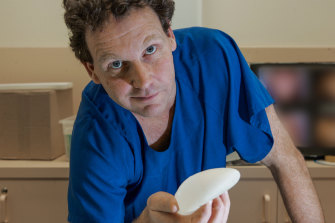 Dr Fehsenfeld is fighting the claim, denying that he encouraged or incited Ms P to make her complaint.

He also says the police statement was true, outlining an incident when his head was allegedly forced to the ground outside his house in Newtown, a Geelong suburb.

Dr Fehsenfeld denies making the other defamatory publications outlined by Dr Holten and is relying on a defence of honest opinion if it is proved he did make them.

He is also seeking to have any damages mitigated by the admissions Dr Holten made to AHPRA.

In a statement provided by his lawyers, Dr Holten said he had commenced legal action because he believed his former colleague had “repeatedly and intentionally” made false, baseless statements to try to have him deregistered.

“This has been an extremely distressing period in my life and I have taken this action as a last resort, to hold my former colleague accountable for his actions,” he said.

Dr Fehsenfeld’s lawyer Vaughan Hager said it would be inappropriate to comment while the matter was before the courts.

The case failed to settle at mediation and is due to go to a jury trial in May next year.