Lucky to be alive! Three woman escape with their lives after plywood sheet crashes into the windshield of their car on a Canadian highway

Three women traveling on a highway in Canada had a very close call with a flying piece of debris from a trailer that smashed through the windshield of their car at high-speed.

Jaspreet Sran, of Brampton, Ontario, her mother-in-law and her friend Sukhpreet Dhillon, were in a Volkswagen on Highway 410 on Wednesday when a piece of plywood crashed into the vehicle, CTV News reports.

‘I was shivering at the time,’ Sran said after the near-deadly collision.’ I saw my friend was bleeding and they told me ‘your head is also bleeding.”

‘I have injuries on my face, these are minimal along my forehead, and lacerations on nose and cheeks,’ Dhillon told the station. 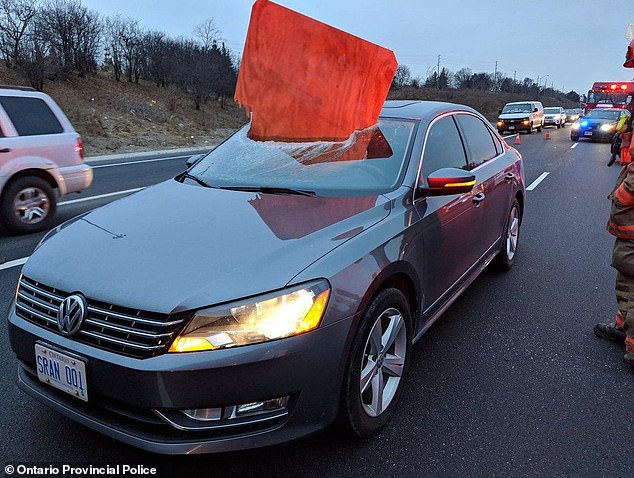 The plywood flew off of a trailer being hauled by an SUV striking this Volkswagen carrying three women on Highway 410 in Ontario, Canada 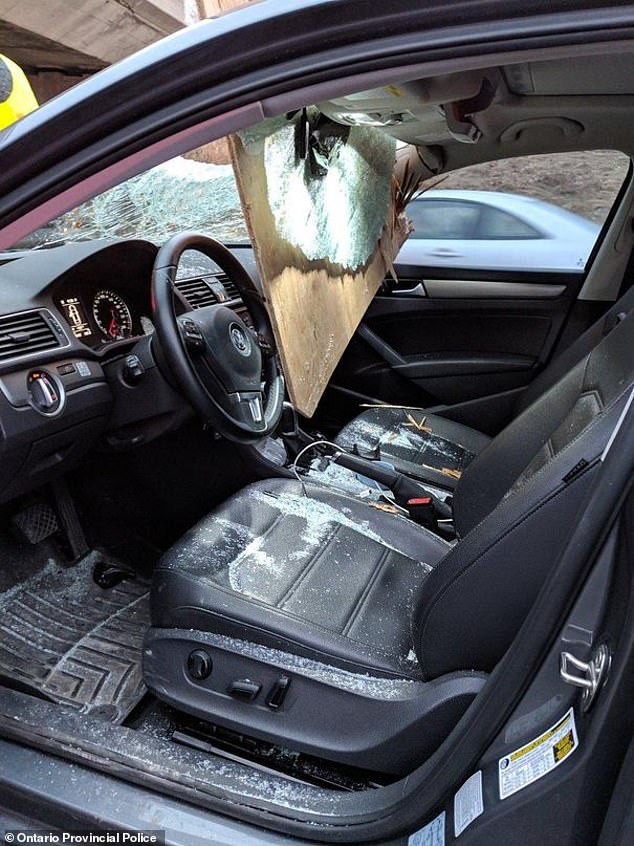 The board surprisingly only caused minor injuries to driver Jaspreet Sran, her mother-in-law and her friend Sukhpreet Dhillon 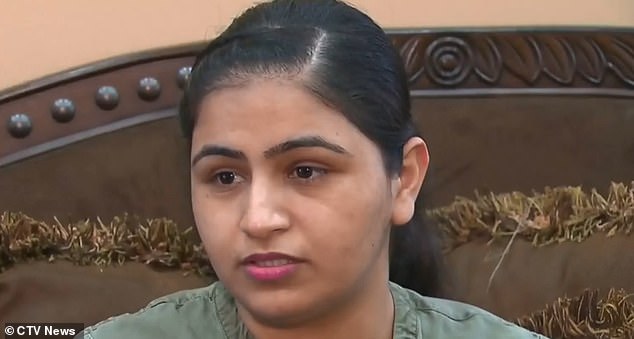 Jaspreet Sran of Brampton, Ontario, did not realize at the time that she was bleeding from the collision like her friend

Sran was grateful that her friend and mother-in-law, who has not been named, were safe and that upon suddenly braking her car was not also rear-ended.

‘It was very shocking to see that piece of plywood, expecting the worst,’ Sgt. Kerry Schmidt of Ontario Provincial Police told CTV.

‘When you see that piece of plywood stuck like a knife right through that windshield, it is really terrifiying,’ the officer said, ‘and I can only imagine what the family must have been thinking when they heard of this incident.’

Schmidt thought the women were very indeed lucky having seen other such objects kill car occupants before, prompting him to warn other drivers. 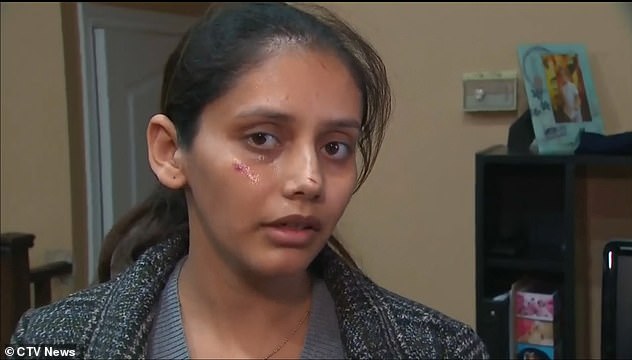 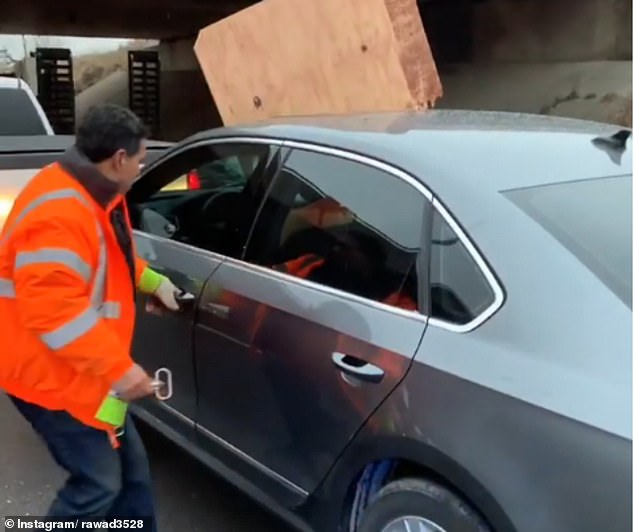 Rawad Sawah, a tow truck driver, took footage when he came up on the scene to remove the plywood board from the vehicle

‘Wood came from another vehicle that was unsecured, #OPP investigating,’ Schmidt tweeted. ‘Please ensure your loads are strapped and properly secured.’

Police say that they have the license plate number of the suspect vehicle and that they are looking for the driver and any potential dash cam footage that exists of the incident.

‘At the end of the day, a completely preventable incident with that plywood,’ Brian Patterson of the Ontario Safety League told CTV. ‘People are loading things onto small trailers, onto the roof of their vehicle, and when it goes bouncing off that vehicle it becomes a major hazard on the roadway.’

‘The plank fell right between the front seats of the car and it looked like it just missed the driver,’ Rawad Sawah, a tow truck driver who removed the plywood debris told CBC News. ‘I guess they got really lucky to not be seriously hurt.’

Sawah posted his own view of the aftermath of the violent collision on his Instagram feed. 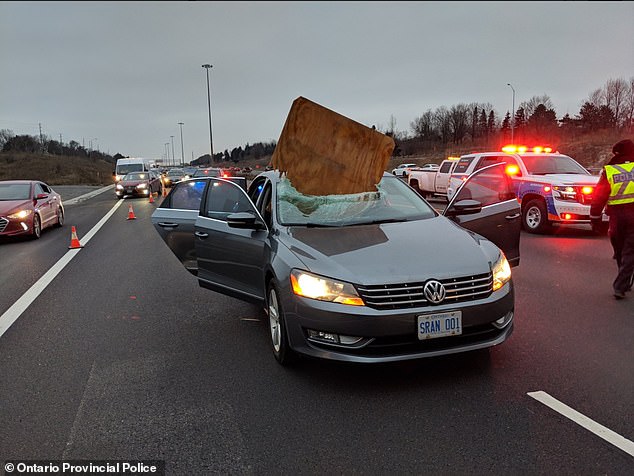 ‘Please ensure your loads are strapped and properly secured,’ Sgt. Kerry Schmidt of the Ontario Provincial Police posted in a Twitter appeal following the incident