BORIS Johnson could spark the first split in the Tory Party in nearly 200 years if he brings in compulsory vaccine passports, a senior Conservative has warned.

Former minister Steve Baker made the explosive prediction as football clubs, universities and raging MPs all hammered the plan. 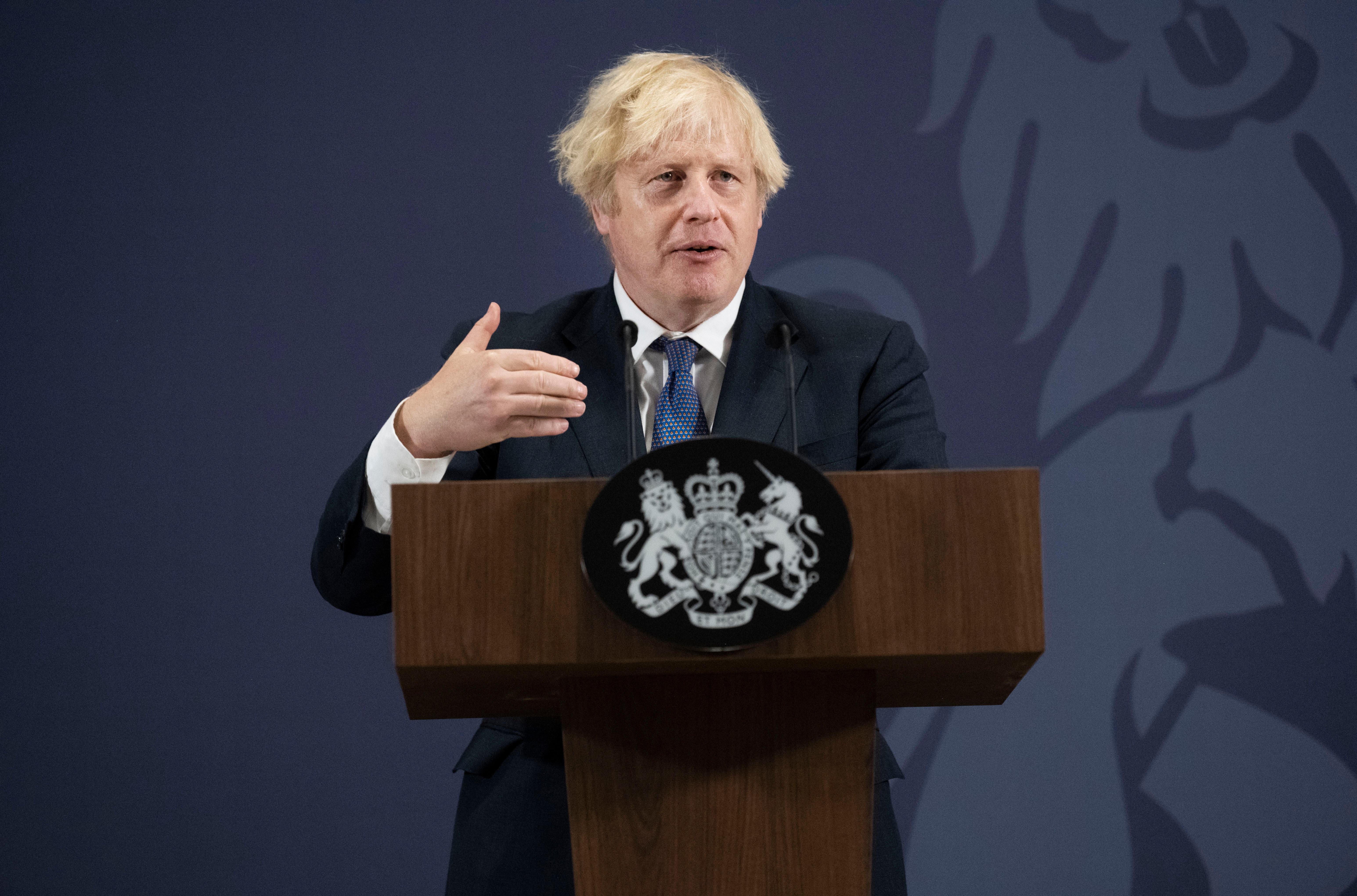 While senior scientists warned that “using the stick approach” could massively backfire and put youngsters off getting the jab.

The PM has sparked uproar by threatening to make uni students get both jabs in order to attend lectures or stay in halls of residence.

He is mulling the idea as a nuclear option to force the ‘missing 3 million’ of 18 to 29 year-olds who have not got their jab to get one.

The radical plan – being pushed by Michael Gove – has sparked concern with Education Secretary Gavin Williamson and his department who fear it may be open to legal challenge.

Mr Baker, deputy chairman of the Covid Recovery Group of Tories, told The Sun: “It is an outrageous proposal, and one that doesn't seem likely to do any good.

“I believe the government is in terrible danger of splitting the Tory Party irretrievably – after all we have been through with Brexit.”

Tory MP Mark Harper said No10 is making vaccines compulsory through the back door by threatening to deny a university education to those who refuse.

He warned: “Persuasion is much better than coercion.”

Larissa Kennedy, President of the National Union of Students, raged: “It’s appalling if these reports are true, imposed with no consultation whatsoever with the sector.

“All the students I speak with are incredibly eager to get their vaccinations.”
University and College Union general secretary Jo Grady fumed: “Making vaccinations compulsory as a condition to access their education is wrong and would be hugely discriminatory against those who are unable to be vaccinated, and international students.”

The PM initially ruled out vaccine passports, but in an astonishing U-turn he has vowed to bring them in for nightclubs at the end of September.

Unlike with pilot events, Brits would not be allowed to show a negative test result as an alternative to being jabbed.

He is also considering them for universities, football matches and festivals.

But Professor Robert West, a behavioural scientist who advises the government on Covid policy, warned the plan could spectacularly backfire.

“By and large, if we want to get people to do things, it's far better to get them on board with the idea of doing it rather than getting them to do it because they feel they have to.

“When you do that you start to create resentment.”

League Two’s Port Vale boss Carol Shanahan, said: “I think that this is a very large sledgehammer to crack a nut.

“It's going to make a big change on the gate and we would have to add extra stewarding and it would add extra cost.”

Education Minister Vicky Ford today admitted the plan is being looked at.

The PM’s spokesman said: "We are still looking at the scope for vaccination certification.”

While the Tory Party are at war over vaccine passports, Labour's stance was mired in chaos and confusion.

Labour had suggested they could join Tory rebels to inflict a humiliating defeat on vaccine passports in the Commons when a vote on it is held in September.

But muddled Sir Keir Starmer today hinted he could back the plan. He told LBC: “What I don’t want to see, just to be very clear about this, is I don’t want to see vaccine passports used on an everyday basis for access to critical things like health, dentistry, food, etc.

“So, for sporting events, I’ll look at what the Government puts on the table.

“I want to be pragmatic because we all want all business sectors and sporting sectors to return as quickly as possible.

But not for everyday use.”

He also said vaccine passports must include the option to have a negative test instead.