Senior EU figures believe Boris Johnson is holding off to see whether Donald Trump wins the US election before sealing a post-Brexit trade deal – as hopes of a breakthrough rise.

Michel Barnier is expected to continue talks in London for another three days after the renewed engagement with the UK’s Lord Frost proved productive.

The decision will fuel rumours that the two sides are closing in on a way to end the deadlock over fishing rights and state aid.

But there are claims that the PM is keen to wait until the result of the presidential race becomes clear before signing off on a package.

Mr Trump – who has developed a strong relationship with Mr Johnson and is one of the biggest champions of a Transatlantic trade deal – has been trailing Joe Biden in the polls ahead of the vote on November 3.

Democrats have sounded a far more negative tone on the prospects for a quick US-UK deal. 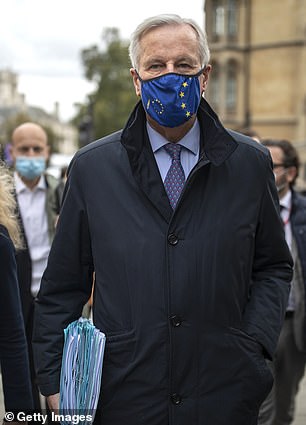 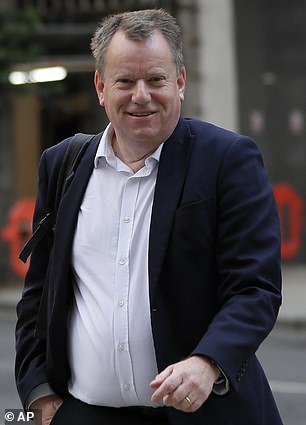 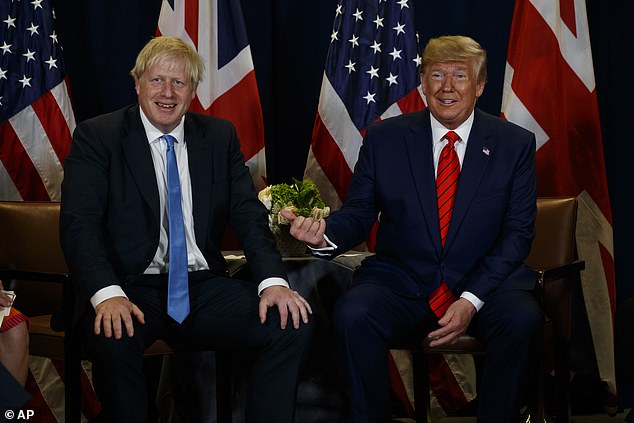 Cabinet minister Brandon Lewis said today that he hoped it was a ‘very good sign’ that the EU and UK had agreed to extend talks to Wednesday.

Mr Barnier’s counterpart is said to want Lord Frost to table proposals follow through on his suggestion the UK will make commitments on industrial subsidies that ‘go beyond a conventional trade agreement’.

A Whitehall source told the Sunday Telegraph the EU side ‘seem to have acknowledged that it is more of a two-way street’.

A source added that Mr Barnier’s decision to remain in London was partly due to the difficulty of UK negotiators travelling to Brussels, which has been suffering an enormous spike in coronavirus infections.

Meanwhile, the UK’s former permanent representative to the EU, Sir Ivan Rogers, said Mr Johnson appears to be waiting for the US election outcome before settling.

Sir Ivan, a long-term critic of Britain’s Brexit tactics who served in the role from 2013 to 2017, told the Observer that European capitals think the premier will be more likely to opt for No Deal if Mr Trump pulls off a shock victory.

He said: ‘Several very senior sources in capitals have told me they believe Johnson will await clarity on the presidential election result before finally deciding whether to jump to ‘no deal’ with the EU, or to conclude that this is just too risky with Biden heading for the White House, and hence live with some highly suboptimal (for Johnson) skinny freetrade agreement.’

Mr Johnson staged a walk-out from the Brexit talks earlier this month complaining that Brussels was refusing to work intensively or discuss compromises on key areas. 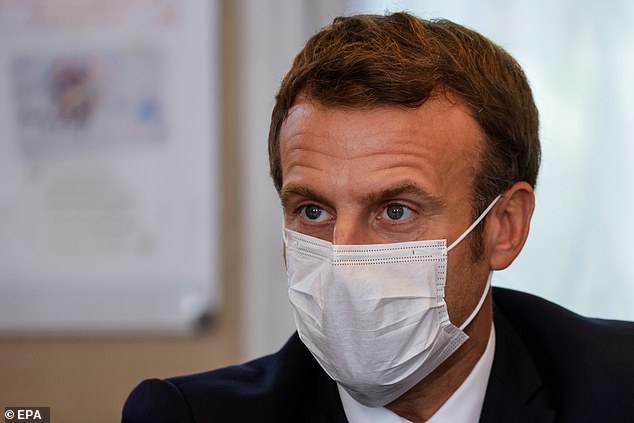 However, since then the bloc has made a series of public hints at concessions.

There have been claims Emmanuel Macron is softening demands the UK must follow EU rules in a new deal.

The French president is thought to have relaxed his stance, especially on state aid, after Mr Johnson threatened to walk away.

The shift followed suggestions the UK could sue France over its high public spending if the UK was bound to common standards – because the deal would work both ways.