‘Don’t cut our legs off’: One of Theresa May’s closest allies warns rebel MPs not to ruin her last chance to strike Brussels deal

One of Theresa May’s closest allies has accused rebel Tory MPs of plotting to ‘cut her legs off’ by trying to rule out a No Deal Brexit.

The warning came ahead of next week’s Commons vote when up to 20 Conservative MPs are set to back a move to take No Deal off the table by delaying Brexit for nine months.

The Prime Minister believes it would destroy her last chance of persuading the EU to make the concessions needed to get her deal through Parliament. 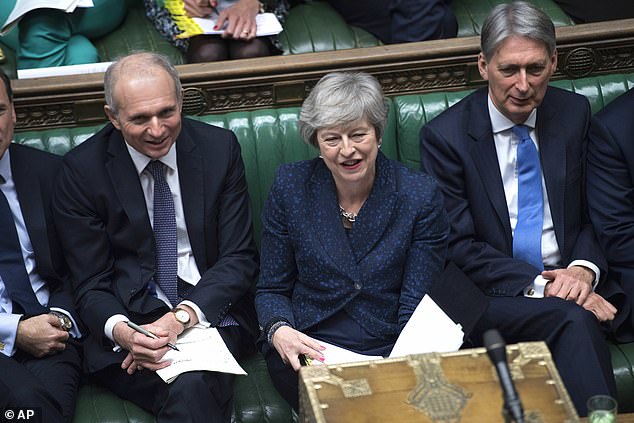 Downing Street was alarmed after Work and Pensions Secretary Amber Rudd and other ministers threatened to join the revolt.

A source close to Mrs May said: ‘If MPs rule out No Deal, it will cut the PM’s legs off.’ The comments were echoed yesterday by Chancellor Philip Hammond who told ministers worried about No Deal that this was not a ‘high noon’ moment.

The stark warning came as:

On Tuesday, MPs will vote on motions suggesting what should happen next on Brexit, after the PM’s deal was defeated by 230 votes. If the threat of No Deal is taken away, her leverage would disappear, sources warned. 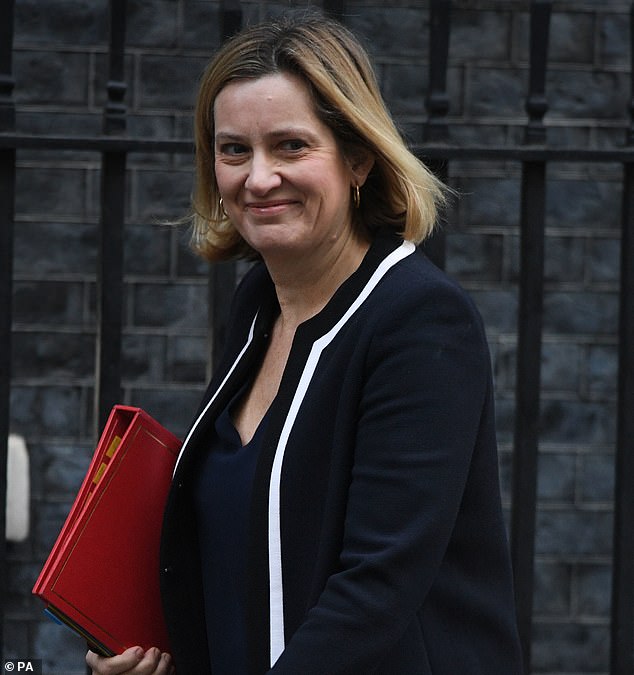 This week saw clear signs that Brexiteer Tories such as Jacob Rees-Mogg could back some version of the deal after all, and Mrs May believes she could still solve the main sticking point in EU talks – the Northern Ireland backstop to prevent a hard border with the Irish Republic.

The source close to the PM said: ‘We have seen the first signs this week that the EU and Ireland know that they are under pressure over this. If we take No Deal off the table, they can relax again and all the pressure will be on us again.’

An MP close to Mrs May added: ‘This is the worst time to blink.’

Mr Hammond called on Tory rebels not to back Tuesday’s No Deal Commons ambush led by Labour’s Yvette Cooper.

Several ministers, including Miss Rudd, have threatened to quit if they are not given a free vote. 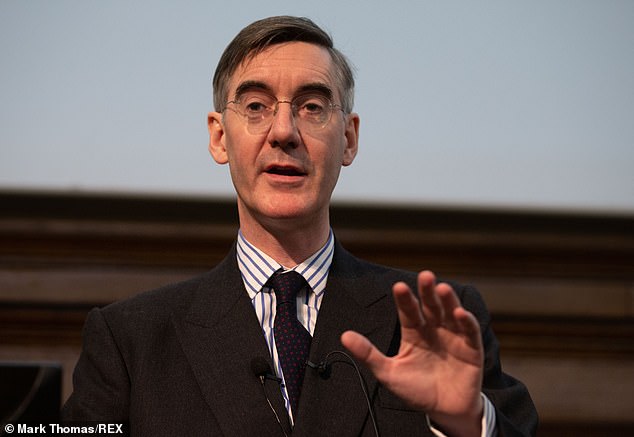 This week saw clear signs that Brexiteer Tories such as Jacob Rees-Mogg could back some version of the deal after all, and Mrs May believes she could still solve the main sticking point in EU talks

Mr Hammond said Tuesday’s vote was not a ‘high noon’ moment and argued there were signs, with No Deal a looming possibility, that the EU was prepared to make compromises to help Mrs May win Parliamentary approval for her deal.

A source close to him said: ‘He is as determined as anyone to stop No Deal but the way to do that is not to take a vital card from the PM’s hand now.’

Under the Cooper amendment, unless Mrs May wins Parliamentary support for her deal by February 26, Brexit would be delayed by nine months. Critics claim its real aim is to stop Brexit.

It is likely to be backed by Jeremy Corbyn and Labour and would carry with the support of enough rebel Tories.

One No 10 source said if it passed, the amendment would ‘let the EU off the hook’. More than a dozen other amendments have been put forward for debate.

Cabinet ministers are urging Mrs May to endorse an amendment ruling out the backstop as a way of uniting the party and the DUP. She could then go to Brussels as early as Wednesday to demand concessions.

Asked repeatedly if he would quit over No Deal, Mr Hammond told BBC Radio 4’s Today programme: ‘I’m not going to speculate because a lot depends on the circumstances, what happens.’