A pedestrian has died after he was hit by a police car responding to a 999 call in south London.

The marked car was on its way to an emergency when it struck the man in Western Road, Mitcham, south London, at around 11.30am this morning.

An air ambulance was flown in but the man died at the scene, Scotland Yard said.

The incident is now being investigated both by the Met’s Directorate of Professional Standards and police watchdog The Independent Office for Police Conduct (IOPC). 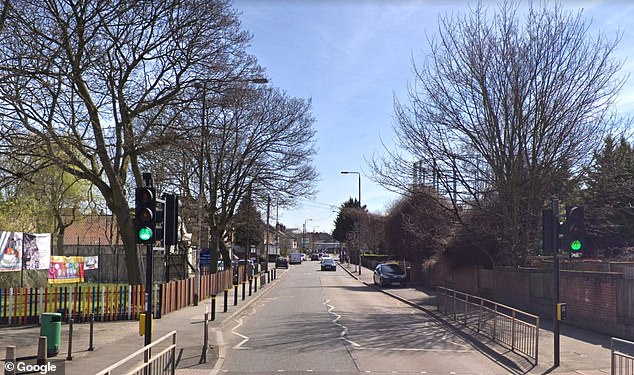 The tragic crash unfolded on Western Road, Mitcham in south London this morning

A Met Police spokesman said: ‘At around 11:30hrs on Wednesday, 05 June, a marked police vehicle responding to an emergency call was involved in a collision with a pedestrian on Western Road, Mitcham.

‘The man, believed to be aged in his 60s, was treated by London Ambulance Service and London’s Air Ambulance but was sadly pronounced dead at the scene.

‘His next-of-kin are in the process of being informed.