A decorated senior police officer faces being struck off the force after being found guilty of leaking sensitive information about a secret corruption probe. 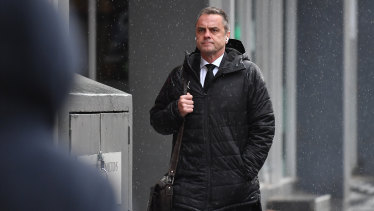 “I’m satisfied by all the evidence [he]… intended to give her the heads up,” Mr Zebrowski said.

“For her version to be a lie it’d have to be amongst the most extraordinary falsehoods.

“In my view Mr Bateson tied himself in knots.”

Commander Stuart Bateson, a Victoria Police Valour Award recipient who was also recognised for his response to the Bourke Street massacre, was found guilty on Friday of three charges of disclosing information about the IBAC probe in 2018.