Police are concerned a planned easing of lockdown rules next week will make it difficult to enforce this weekend’s bank holiday.

Several forces have faced criticism about the way they have reacted to the government’s lockdown.

Now, police fear the dilution of the stay at home message combined with predicted good weather and the bank holiday weekend will see a surge of people heading to beaches and other beauty spots. 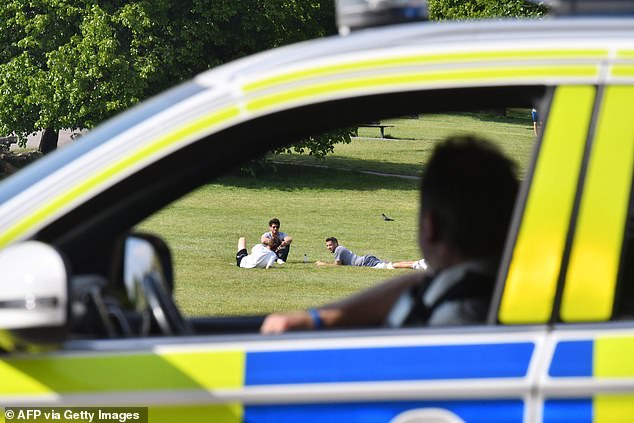 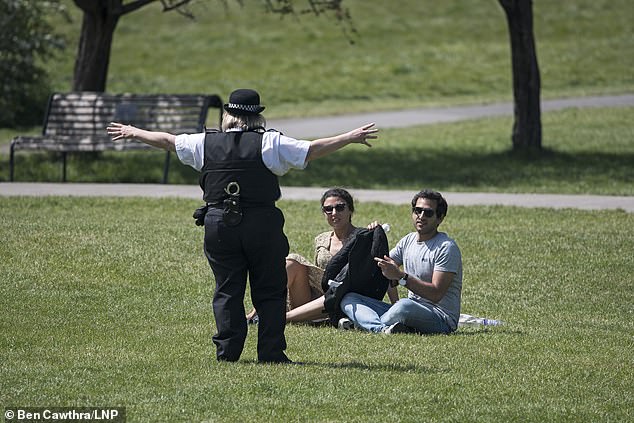 With good weather predicted this weekend, officers fear they will be seen as villains for upholding the law 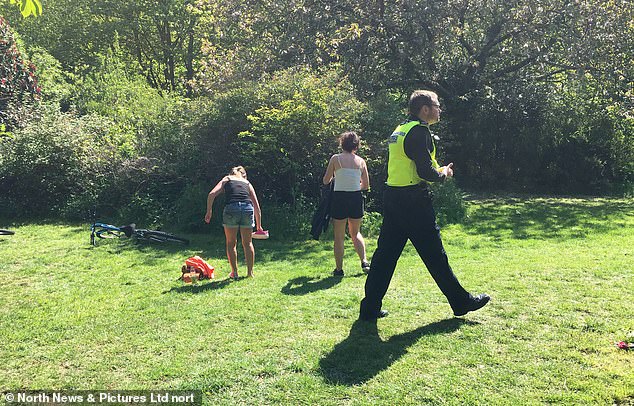 One officer said: ‘We are being asked to enforce the lockdown and we are going to be painted as villains once again when we stop people enjoying the sunshine and having VE Day parties with their neighbours’

One officer told The Times: ‘There is a certain amount of trepidation and frustration ahead of the weekend.

‘We have always said we need a clear and consistent message from government to the public but there is now a view that things are being relaxed. A lot of people seem to have decided that it is all over.

‘We are being asked to enforce the lockdown and we are going to be painted as villains once again when we stop people enjoying the sunshine and having VE Day parties with their neighbours.’

On Thursday, Scotland Yard announced 10 people had been killed in road crashes since emergency measures came in on March 23.

Extreme speeding enforcement in London since the lockdown had surged by 142 per cent, compared with the same period last year, police said.

Detective Superintendent Andy Cox said: ‘The majority of Londoners have followed Government advice and have stayed at home.

‘However, a small number of individuals have gone against the advice and have used this opportunity to abuse the less congested roads and drive at excess speed and in many cases extreme speeds.

‘In doing so, their actions increase the risk to their own safety and that of other road users and in the event of a collision can lead to devastating consequences for themselves, and bereaved family and friends.

‘Going into the bank holiday weekend, we urge drivers to only make the most essential journeys and to do so sensibly, safely and lawfully.

‘During these unprecedented times, dealing with road traffic collisions puts a lot of additional, yet avoidable pressure on the NHS and other emergency services, who are working on the frontline 24 hours a day to keep London safe.’

‘Traffic officers continue to police the roads, 24/7, and will use enforcement against those breaking the law. Our message is simple; slow down, respect the speed limits, you’re not only risking your life but those of other people.’

AA president Edmund King said: ‘It is likely that more drivers will be venturing out from their virtual hibernation as talk of lockdown lifting ramps up.

‘It is vital that all drivers ensure that both their cars and themselves are well-prepared for driving. The fact that there will be less traffic on the roads doesn’t mean that drivers should treat the roads as a race track.

‘Indeed rusty drivers should drive slower than normal as our analysis suggests that 36 per cent more people will be out cycling, running and walking.

‘The last thing careless and dangerous drivers should be doing is putting more pressure on the NHS, ambulance services and potentially taking up precious hospital beds.’