Victoria Police has been ordered to pay all legal costs in a failed prosecution of three Mongols bikie club members after the Office of Public Prosecutions dropped firearms charges connected to the alleged murder of Croydon fruiterer Paul Virgona.

Josh Rider, 30, Andrew Heil, 31 and Phillip Main, 48, were due to face a day-long committal hearing in Melbourne Magistrates Court on Wednesday when crown prosecutor Aggy Kapitaniak revealed firearms charges against the trio would be dropped. 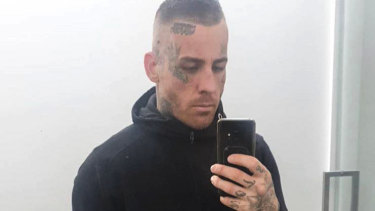 The Chief Commissioner of Victoria Police has been ordered to pay the three men’s legal costs which have been accumulating since their arrests on January 22, 2020.

Mr Rider, Mr Heil and Mr Main had been charged with a string of firearms offences relating to a haul of guns seized as part of the police investigation into the execution-style killing of Mr Virgona as he drove along EastLink freeway in November 2019.

The cache of guns, which were believed to be linked to the execution of Mr Virgona, were found at various locations, including a storage shed in Port Melbourne not far from the Mongols clubhouse, in January 2020 as part of sweeping police raids.

“All charges against all the accused are to be withdrawn,” Ms Kapitaniak told Wednesday’s hearing.

The order to pay the trio’s court costs is the latest in a long list of expensive legal bills Victoria Police has been forced to pay in recent months.

The force spent $60 million on legal expenses during the last financial year – more than twice the amount paid the year prior.

This included funding the legal costs, including the cost of solicitors and barristers, for the Royal Commission into the Management of Police Informants and any civil settlements. 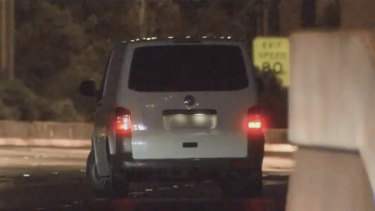 Paul Virgona was found dead in the driver’s seat of his white van on EastLink.Credit:Nine News

In 2019, Victoria Police also agreed to the state’s largest financial settlement for excessive force over the shooting of Dale Ewins and Zita Sukys at a Melbourne nightclub in 2017.

According to Victoria Police’s last financial report, it’s allowing for more than $42 million in estimated legal expenses for 2020-21 as the financial fallout from the royal commission continues.

Mr Rider, from Port Melbourne, and Mr Main, from Southbank, had initially been charged with eight and 15 firearm-related offences respectively, including the possession of a black machine gun, handguns and an SKS military rifle. 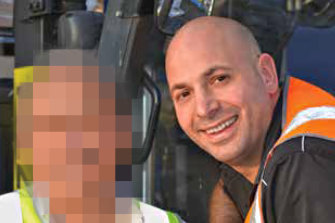 Paul Virgona was killed when the van he was driving was sprayed with bullets.

Homicide squad detectives are still pursuing murder charges against Mr Rider and another man – co-accused Aaron Ong – over the shooting death of Mr Virgona, with the pair due to face court again next month, when the strength of those charges will be tested.

The two men are accused of opening fire on the 46-year-old father in an execution-style killing as he drove to work on EastLink at Donvale during the early hours of November 2019.

Police allege the pair waited for Mr Virgona to leave his family home before following him in a stolen Mercedes-Benz sedan. Once they reached EastLink they allegedly fired 11 rounds from a nine-millimetre semi-automatic handgun into the fruiterer’s van.

He died at the scene from gunshot wounds.

Last year police said it remained an open line of inquiry whether Mr Virgona’s killing was a case of mistaken identity.

Mr Rider and Mr Ong are due to return to court on March 10.