Police have come under attack by youths throwing bricks and bottles for the second consecutive day in Belfast ahead of the July 11 bonfires that will be lit at midnight.

A senior officer warned on Saturday that there would be consequences for those involved in the unrest on Friday which included petrol bombs being thrown.

However on Saturday afternoon, the PSNI came under attack again. Officers dressed in riot gear carried out a number of searches in the area. Assembled media were also pelted with bottles and eggs by rioters.

It comes just hours before bonfires are lit as part of the July 12 celebrations by unionist and loyalist communities in Northern Ireland to mark William III’s victory at the Battle of the Boyne.

Earlier, Chief Inspector Peter Brannigan said evidence is being gathered on those who were involved in disorder in the North Queen Street and the New Lodge Road on Friday. 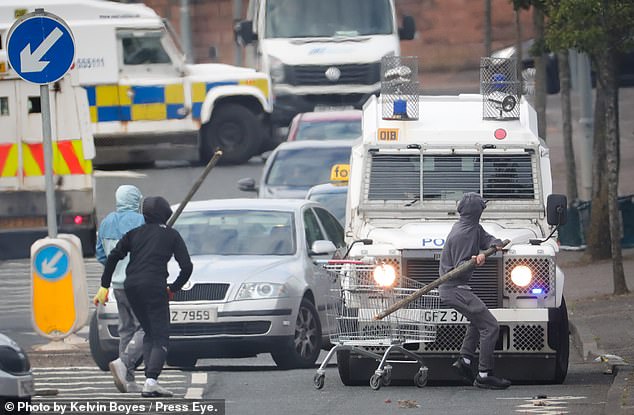 For the second consecutive day police were attacked. Here youths can be seen hitting a police vehicle with a metal pipe in the North Queen Street area of the New Lodge in Belfast 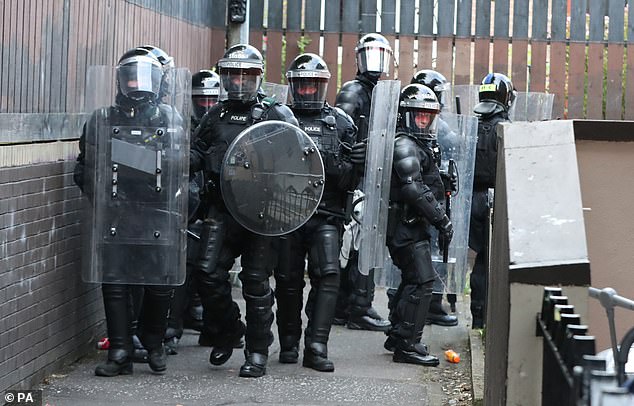 Police Service of Northern Ireland officers in riot gear carry out searches in the New Lodge area of Belfast, 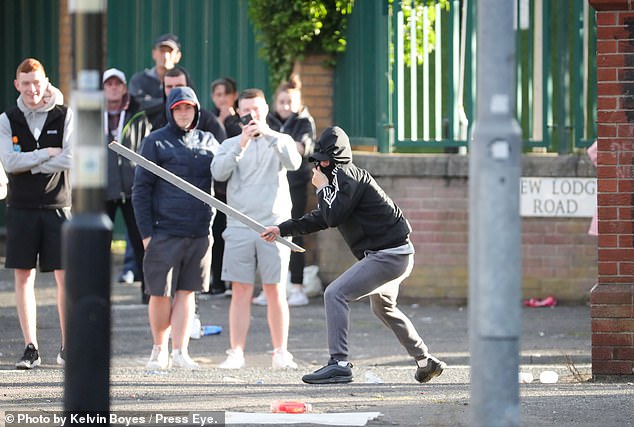 ‘At around 4.10pm yesterday, police came under attack by youths who threw a number of petrol bombs across North Queen Street and on New Lodge Road,’ he said.

‘Throughout the course of the afternoon and into the early evening time a further number of petrol bombs were thrown.

‘A piece of furniture was set on fire on the middle of North Queen Street where a number of youths congregated.

‘It was also reported that youths in the vicinity of Duncairn Gardens were throwing stones at houses and at passing cars.’

Mr Brannigan said reports have been received of damage to two vehicles, one on York Street and the other on North Queen Street, ‘as a result of this senseless behaviour’. 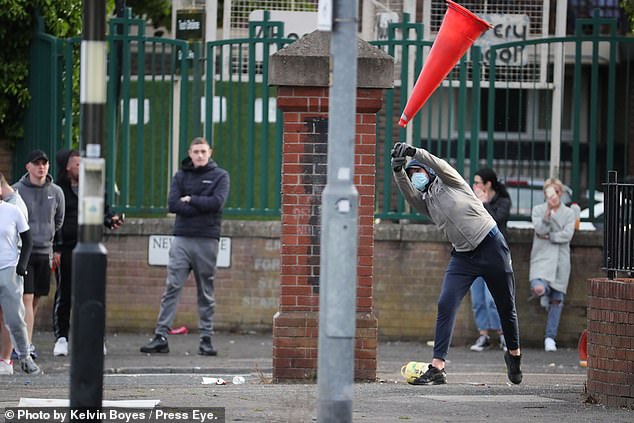 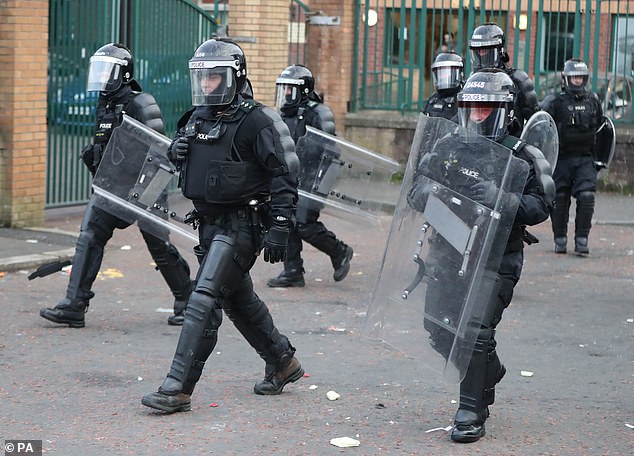 ‘Damage was also reported to have been caused to a property in Hallidays Road where a window was smashed,’ he said.

‘I want to make a direct appeal to the young people who were involved in this reckless activity, and to parents and guardians of young people, to please ensure you know where your young people are and what they are doing.

‘We will deploy the necessary resources to detect and deter those responsible in a proportionate manner, and we will seek to gather evidence to bring those responsible before the courts, whether through evidence-gathering or arrests at the time.

‘There will be consequences for those choosing to engage in this type of behaviour.’ 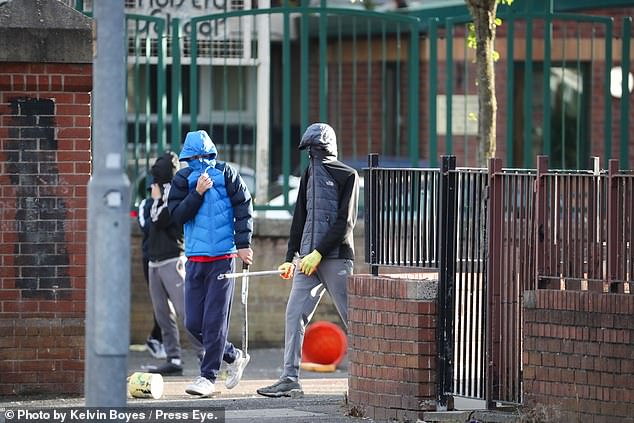 He said anyone with information about what had happened should call police on 101, and quote reference number 1396 of 10/07/20.

Sinn Fein MLA Gerry Kelly has called for calm in the area, and blamed the disturbances on the erection of a Loyalist bonfire ‘near an interface’.

‘The erection of this bonfire – for the first time in eight years – is clearly an orchestrated attempt to intimidate residents and damage long-standing community relations,’ he said.

‘We have met with multiple statutory agencies and community leaders from all sides of the community to warn them of the potential for escalation and to attempt to defuse this situation.

‘The people of north Belfast do not want this type of activity on their streets.’