Police shut down sweet shop after finding owner, 52, with amphetamines in her handbag and down her trousers – as she’s spared jail

A sweet shop owner selling drugs on the side and was caught with amphetamines in her handbag and down her trousers has been spared jail.

Melanie Jane Hewson’s business Sweets Galore, opposite a nursery in Stanley, County Durham, was raided by officers in May.

Officers found white powder stashed in her tight trousers and handbag in the shop and confiscated the entire confectionery stock.

Hewson initially denied possessing the drugs with intent to supply to police, but changed her plea to guilty the day the trial began.

She was sentenced to nine months in prison, suspended for 18 months, and has since turned the sweet business into a florist. 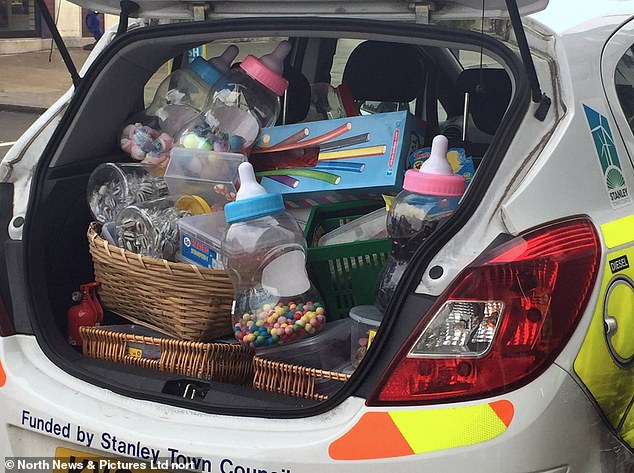 Sweets Galore sweet shop owner Melanie Jane Hewson has received a suspended prison sentence at Durham Crown Court after selling drugs on the side, with police finding amphetamines stashed in her leggings. Pictured: confiscated sweets from the sweet shop 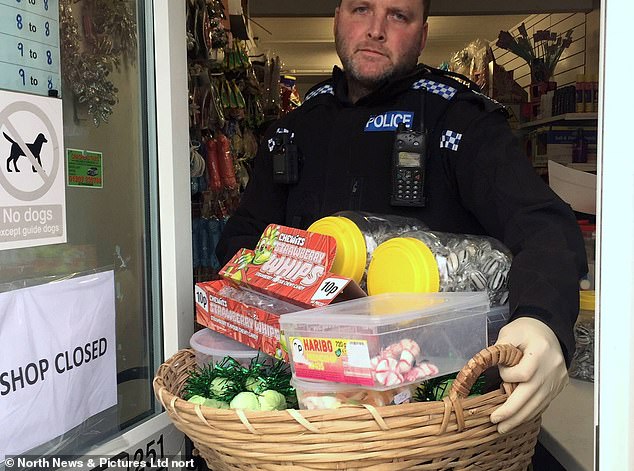 Christopher Baker, prosecuting at Durham Crown Court, said: ‘Police attended Sweets Galore, at 251 Park Road where they found the defendant behind the counter.

‘She was asked if she had any drugs in her possession and she admitted that she had some drugs in her handbag.

‘Approximately three grams of amphetamine was recovered from her leggings and 18g from her handbag.’

A police officer described the drugs as approximately 23 under-weight one-gram deals with a street value of between £130 and £150.

Mr Baker added: ‘When police searched her home in Elm Street [Stanley] they found two cannabis grows hidden in rooms, one upstairs and one downstairs.

Lewis Kerr, mitigating, said his client had a history of anxiety and depression which had led her to misuse drugs.

He added: ‘She began using cannabis to help with anxiety and amphetamine because of the appetite suppression for help with what she perceives as weight difficulties.

‘There is no drug misuse now and she has since turned the sweet business into a florist.’

Recorder Jeremy Hill-Baker said Hewson’s role was a ‘significant one’ but there was no evidence to suggest drugs had been sold to young people.

He told her: ‘This was not a commercial enterprise and you were not out for profit but subsidising your own habit.’