Tanjung Lesung: The death toll from the Indonesian tsunami has risen to 280, while authorities are warning people to stay away because of the risk of another tsunami.

Another 890 people have been injured and 35 are missing, according to new figures released on Monday. 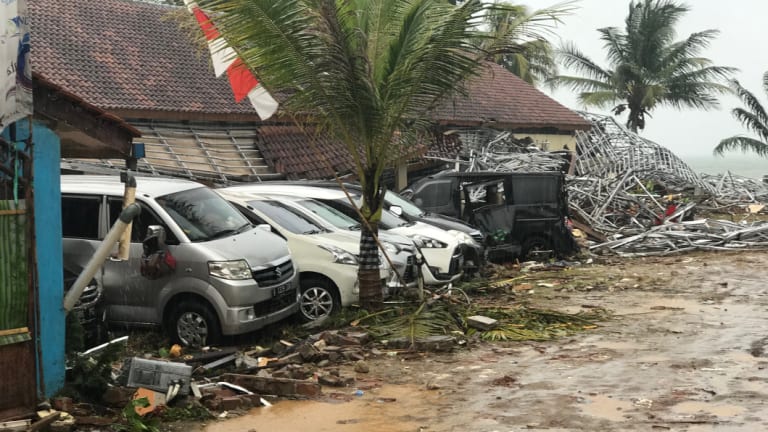 Destruction at Villa Stephanie in Carita, after heavy damage from the tsunami.Credit:James Massola

Those figures are likely to rise considerably again, because data from some of the areas hit by the tsunami is still being collected.

Heavy rain battered the Javanese coastline overnight and on into Monday morning, making conditions more difficult for the rescue workers, police and army who are pouring into the disaster zone.

The spokesman for disaster agency BNPB, Sutopo Purwo Nugroho, warned on Monday that, "People should stay away from the beaches” because of the risk of another tsunami. 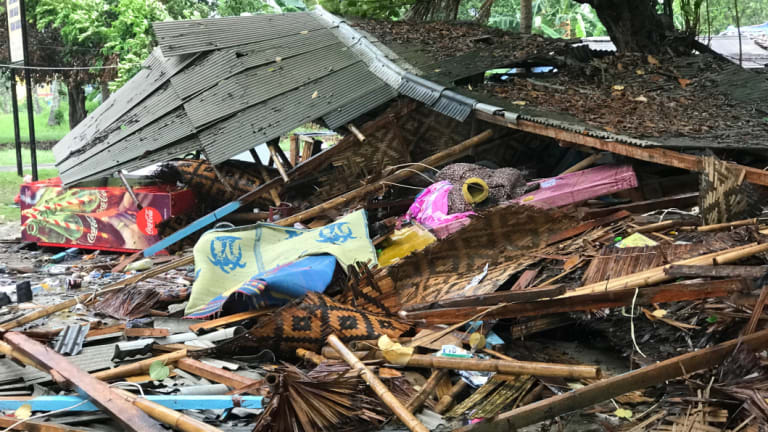 Houses destroyed when the tsunami hit the beach front at Anyer, on the west coast of the Indonesian island of Java.Credit:James Massola

A violent eruption by the Anak Krakatoa volcano at about 9pm on Saturday night is thought to have triggered an underwater landslide that in turn triggered the tsunami about 30 minutes later.

Anak Krakatoa, or the “child of Krakatoa” has been erupting intermittently for months and there is a chance that another eruption could trigger another tsunami in the area.

Anak Krakatoa began to emerge from the ocean in 1927, 44 years after the huge eruption of the original Krakatoa volcano which killed more than 30,000 people and played havoc with global temperatures and crops.

Many of the beachside villages along the Javanese coastline still appeared all but abandoned on Monday.

Sutopo added that Indonesian authorities were sending more heavy machinery as what had been sent already was not sufficient to deal with the massive destruction.

In the beachside village of Sambolo, one of the hardest-hit areas, at least a dozen cars lay by the roadside, flipped on their side or crushed by debris.

At the Villa Stephanie, six cars sat side-by-side, damaged but not destroyed at the abandoned villa, which took heavy damage from the wave. 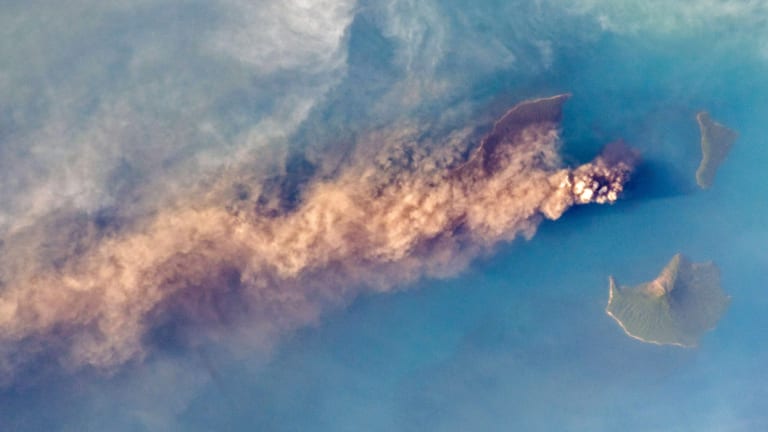 Indonesia has endured a dreadful year already in terms of natural disasters, with the resort island of Lombok hard hit by a series of earthquakes in August.

The Sulawesi city of Palu was then smashed by an earthquake and tsunami in late September.

The damage in places like Carita and Tanjung Lesung is severe, and these are populated areas too, but, relatively speaking, the damage from the two disasters earlier this year appears to have been more severe.

President Joko Widodo is expected to visit the disaster zone, which is just over 100km from the capital of Jakarta, later on Monday.