Public support for Scottish independence is now at 54 per cent, according to a new poll which will increase fears of the UK splitting up.

A survey conducted by Survation found 54 per cent of Scots now back independence while 46 per cent want to preserve the status quo.

The poll also predicts the SNP will win the largest share of the vote at next year’s Holyrood elections which are due to take place in May.

The numbers are likely to pile the pressure on Boris Johnson who has so far refused to agree to holding a re-run of the 2014 independence referendum which saw the country vote to stay part of the UK by 55 per cent to 45 per cent. 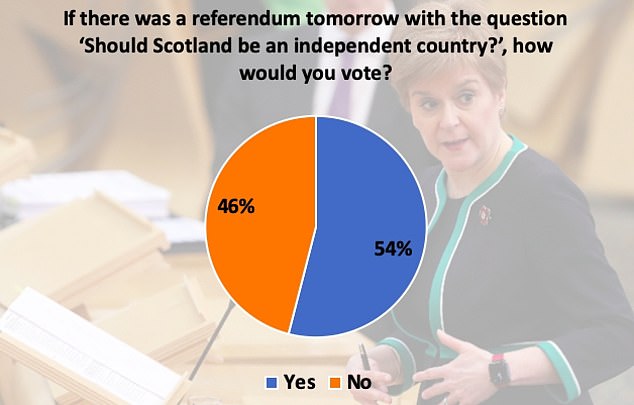 Survation contacted an online panel of 1,071 people between October 28 and November 4.

Respondents were asked: ‘If there was a referendum tomorrow with the question “Should Scotland be an independent country?”, how would you vote?’

The poll put support for ‘Yes’ at 54 per cent and ‘No’ at 46 per cent when undecideds were removed.

That represents a one per cent increase in the ‘Yes’ vote from Survation’s previous poll in early September.

In a tweet responding to the survey, SNP leader Nicola Sturgeon referred to the US elections, where ballots in some states are still being counted.

She said: ‘More very strong polling for independence and @theSNP – but as we see playing out in real time in USA #Election2020, it’s votes that count not polls.

The Survation survey is the latest in a long line of polls which has put the ‘Yes’ side ahead of ‘No’.

Ms Sturgeon had called for a second vote to take place before the end of this year.

But Mr Johnson has repeatedly refused to budge on the issue, with the UK Government declining to grant permission for another ballot.

The latest poll also put the SNP on 54 per cent in the constituency vote and 43 per cent for the regional list vote ahead of May’s Scottish elections.

The Liberal Democrats were at seven per cent in both the constituency and regional list vote. 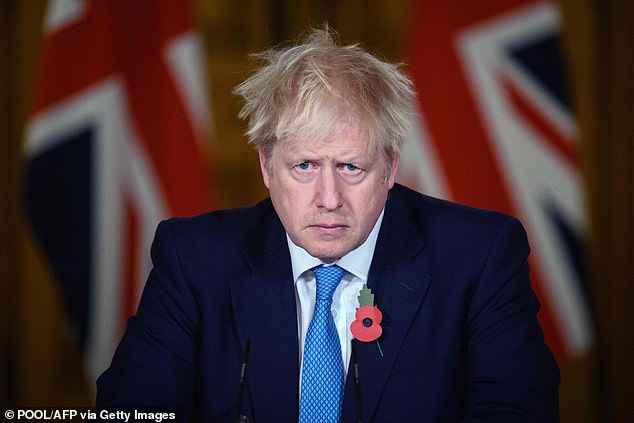 The SNP believes winning a majority at next year’s election will force the UK Government to give into its demands for another independence ballot.

A spokesman for the Scottish Conservatives said: ‘As we continue to fight a global pandemic, the last thing Scotland needs is the uncertainty and division of another independence referendum.’

The poll also asked about Westminster voting intention, with results suggesting support for the SNP was at 52 per cent, Labour at 20 per cent, the Conservatives at 18 per cent and the Liberal Democrats at eight per cent.