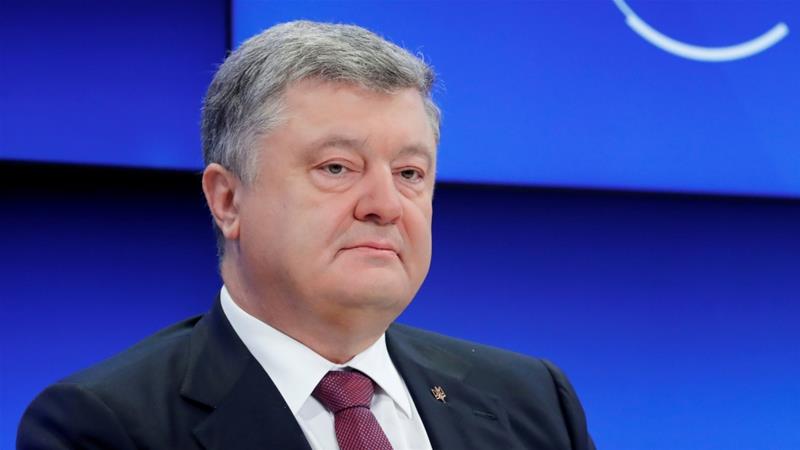 Ukraine’s president has dismissed his chief economic adviser, Boris Lozhkin, hours after Al Jazeera contacted both men over a story that indicates they received tens of millions of dollars raised fraudulently.

The money was part of a $500m payment from another oligarch, Sergei Kurchenko, who played a central role in the government of former President Viktor Yanukovych.

Austrian officials investigated a $130m transaction that formed part of the deal, on suspicion of money laundering. They later dropped the case, saying they had seen no evidence to suggest the money was dirty, partly because they had not received any information from their Ukrainian counterparts.

But a document obtained by Al Jazeera’s Investigative Unit shows that the money paid for UMH came from a loan secured with stolen assets. An analysis of company registry documents also suggests that, through a British Virgin Islands (BVI) company, President Petro Poroshenko was a shareholder on the day of the sale, indicating he benefited from the deal. That is something he has consistently denied.

Al Jazeera contacted Poroshenko and Lozhkin on Tuesday. On Wednesday, Lozhkin announced on social media that he would be leaving the National Investment Council.

Thursday’s news also comes on the day President Poroshenko begins a “working visit” to Austria, where he is holding economic, trade and security talks with the federal president and chancellor.

Lozhkin was central to President Poroshenko’s administration as his chief of staff until 2016 and head of his National Investment Council. His links to the deal are a political embarrassment, at a time when the president is trying to convince the West he is serious about corruption.

Now campaigners are calling on Ukrainian and Austrian authorities to reopen investigations into the 2013 purchase of UMH.

“Ukrainian prosecutors should have strong evidence of the illicit origin of the funds paid by Kurchenko for UMH back in October 2013,” said Daria Kaleniuk of Ukraine’s Anti-Corruption Action Centre (ANTAC).

The buyer of UMH, 28-year-old Sergei Kurchenko, is a gas and oil tycoon considered central to the multi-billion-dollar corruption schemes of Viktor Yanukovych’s government, which was overthrown in the EuroMaidan revolution of February 2014.

The new information also raises difficult questions for the Forbes corporation, which had sold its Ukraine franchise to UMH. It welcomed the sale as bringing a “new opportunity”, and top executive Miguel Forbes went on to advise Kurchenko on “management and development of the media business and external activities”.

Lozhkin has written of the 2013 deal, saying, “Kurchenko was itching to take ownership, which is why the deal was closed four months before schedule – in early November 2013.

“Every oligarch has real – and alleged – skeletons in the closet,” wrote Lozhkin. “Does that mean you cannot make normal, transparent deals with them? It does not, in my view. Otherwise, we will never break out of the logic of cold war, civil war and never-ending property redistribution.”

Kurchenko has since fled to Moscow, where he is fighting Western sanctions, a Ukrainian arrest warrant and asset seizures worth hundreds of millions of dollars.

In December last year, a Kiev court seized the corporate rights of UMH. One of the arguments prosecutors used was that the $160m loan agreement showed “signs of laundering the proceeds of crime”.

The previous owners of UMH fared better after the revolution, when Poroshenko, the billionaire owner of a multinational confectionary company, became president in June 2014. He appointed the founder of UMH, his business partner and friend Boris Lozhkin, as his chief of staff.

The Oligarchs, an investigation released by Al Jazeera’s Investigative Unit last month, sheds new light on the UMH sale. It includes a document revealing the existence of a $160m loan obtained by Kurchenko for the UMH purchase.

Kurchenko put up $50m as security on that loan. However, a previously secret Ukrainian court order, released by Al Jazeera in January, shows the money was held in three Cyprus companies that were part of a huge “criminal enterprise”, dedicated to the embezzlement and laundering of $1.5bn on behalf of the former Yanukovich government.

It means that almost a third of the money that Lozhkin and his investors received for the sale was raised fraudulently, from a loan secured by stolen money and therefore with an illicit origin. Campaigners believe that is sufficient grounds for further investigation in both Ukraine and Austria.

It is not suggested that the sellers knew about the dubious security for the loan raised by Kurchenko, but there are questions about what due diligence was undertaken at the time.

President Poroshenko has always claimed he had sold his three percent share in UMH in the months prior to the deal. However, an analysis of Cyprus company records by Al Jazeera indicates that, on the day of the sale, he still held the shares via a company in the BVI.

So, unless he divested himself of the BVI company beforehand, at the point of sale, Poroshenko stood to receive $15m, tripling his initial investment.

“Why is there no confiscation of funds from those, who – if we are to believe the public court records – received dirty money from Kurchenko for UMH back in 2013?” says Daria Kaleniuk.

Kaleniuk sees an answer to her own question. “The prosecutor general of Ukraine will never run against business and political interests of Petro Poroshenko.”

Poroshenko has taken the lead in Ukraine’s Western-backed fight against corruption, but, as he approaches fresh elections, many have lost faith in him. A recent editorial in the Kyiv Post described him as “the king of the corrupt and kleptocratic oligarchy” and “a persecutor of his political foes and anti-corruption activists.”

Ukrainian and Austrian prosecutors declined to comment for this story. A spokesman for the president said he did not own, directly or indirectly, any shareholding in United Media Holdings on 28 October 2013. Accordingly, Poroshenko did not receive any money from the sale referred to in our inquiry, and thus may not have any tax liabilities in that regard.

He added that Poroshenko sold his shareholdings in all UMH projects in 2012 and May 2013, respectively.