‘If only money could buy common sense’: Porsche Cayenne owner is ridiculed after accidentally driving his $100,000 sports car into the ocean while launching a jet ski

A Porsche driver has been ridiculed after his sports car ended up in the ocean when he was trying to launch a jet ski.

Footage uploaded to the Perth Boat School Facebook page shows the luxury car – worth more than $100,000 – floating in the water while another boatie tries to pull it out.

The boat school left a short comment about the incident and also took the opportunity to offer some advice.

‘Saw this happen to a Porsche today at Woodman Point while we were doing life-raft training,’ the post read. 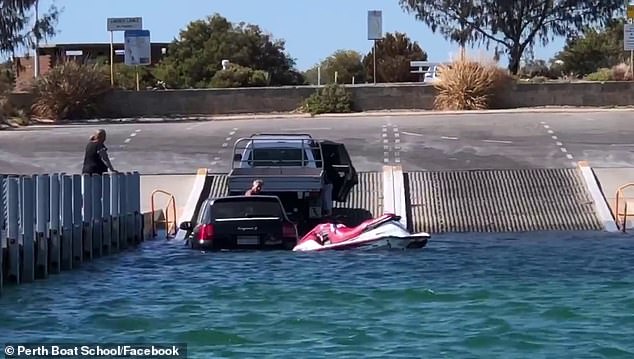 Another boatie (pictured) attempts to pull the luxury car, worth over $100,000, from the water 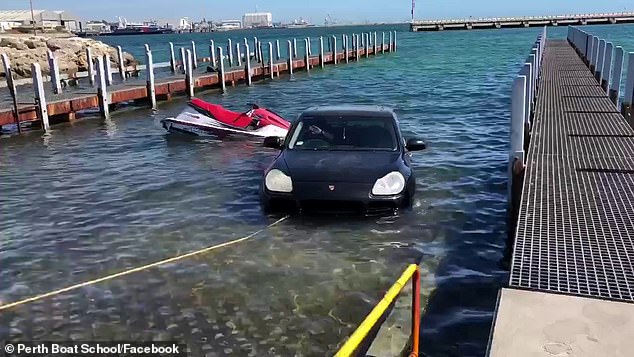 A Porsche Cheyenne (pictured) floats in water after it’s owners attempted to launch a jet ski at Woodman Point, Perth

‘Thought it would be a good time to say that we can also train people how to launch boats … if you need help, just ask.’

It’s not clear what eventually happened to the car but commentators on the post were quick to criticise the Porsche Cayenne’s owner.

‘All the gear no idea,’ commented Shannon Edwards.

Aaron Thomas added: ‘If only money could buy some common sense.’

Kyle Auty said a ‘Western Suburbs private schoolboy is going to have some awkward explaining to do to Papa about what happened to the Porsche’. 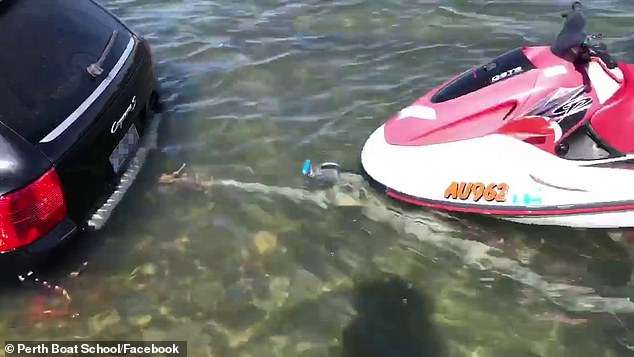 The incident (pictured) prompted some from the Perth Boat School: ‘Thought it would be a good time to say that we can also train people how to launch boats…’ 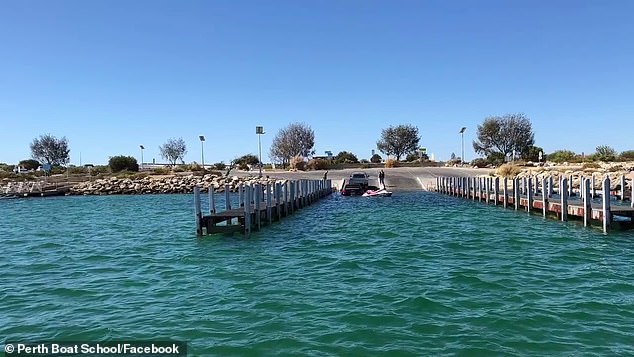 The Porsche Cheyenne was attempting to launch a jet-ski at Woodman Point, Perth (pictured)