With the 2020 election exactly four weeks away, former Vice President Joe Biden is leading President Trump in every national poll, opening up a significant advantage in surveys taken since the first presidential debate.

• CNN poll results released Tuesday showed Biden with a 16-point lead over Trump (57 percent to 41 percent) among likely voters. The survey — which was conducted entirely after the first debate and mostly after the president’s coronavirus diagnosis was made public — found respondents favored Biden over Trump on a number of key issues, including the coronavirus outbreak (59 percent for Biden compared with 38 percent for Trump), health care (59 percent to 39 percent) and racial inequality (62 percent to 36 percent).

• Yahoo News/YouGov poll results released Sunday showed Biden with an 8-point lead over Trump (48 percent to 40 percent) among registered voters. The survey, conducted Oct. 1-2, after the Sept. 29 debate, found Biden expanding his edge by 3 points, with Trump losing support among independent voters. Before the debate, these independents narrowly preferred Trump over Biden (44 percent to 43 percent). After the debate, they preferred Biden over Trump (44 percent to 29 percent) — meaning the president effectively lost 15 points among independents overnight.

• NBC News/Wall Street Journal poll results released Monday showed Biden with a 14-point lead over Trump (53 percent to 39 percent) among registered voters. The survey — which was conducted after the debate last Tuesday but before Trump tested positive for COVID-19 and was hospitalized Friday — found that a majority of voters feel Biden has a better temperament than Trump (58 percent to 26 percent). It also found that seniors (62 percent to 35 percent) and suburban women (58 percent to 33 percent) back Biden by wide margins.

In one of Trump’s historically strongest demographics, men 50 years and older, Biden held a 1-point edge over Trump in that poll — compared with a 13-point lead for Trump in the same poll conducted before the debate.

• Hill-HarrisX poll results released Friday showed Biden with a 7-point lead over Trump (47 percent to 40 percent) among registered voters. The survey — also conducted after the debate but before Trump announced he had tested positive for the coronavirus — found 56 percent of those who had watched the debate said Biden won, compared with 44 percent who felt Trump did. 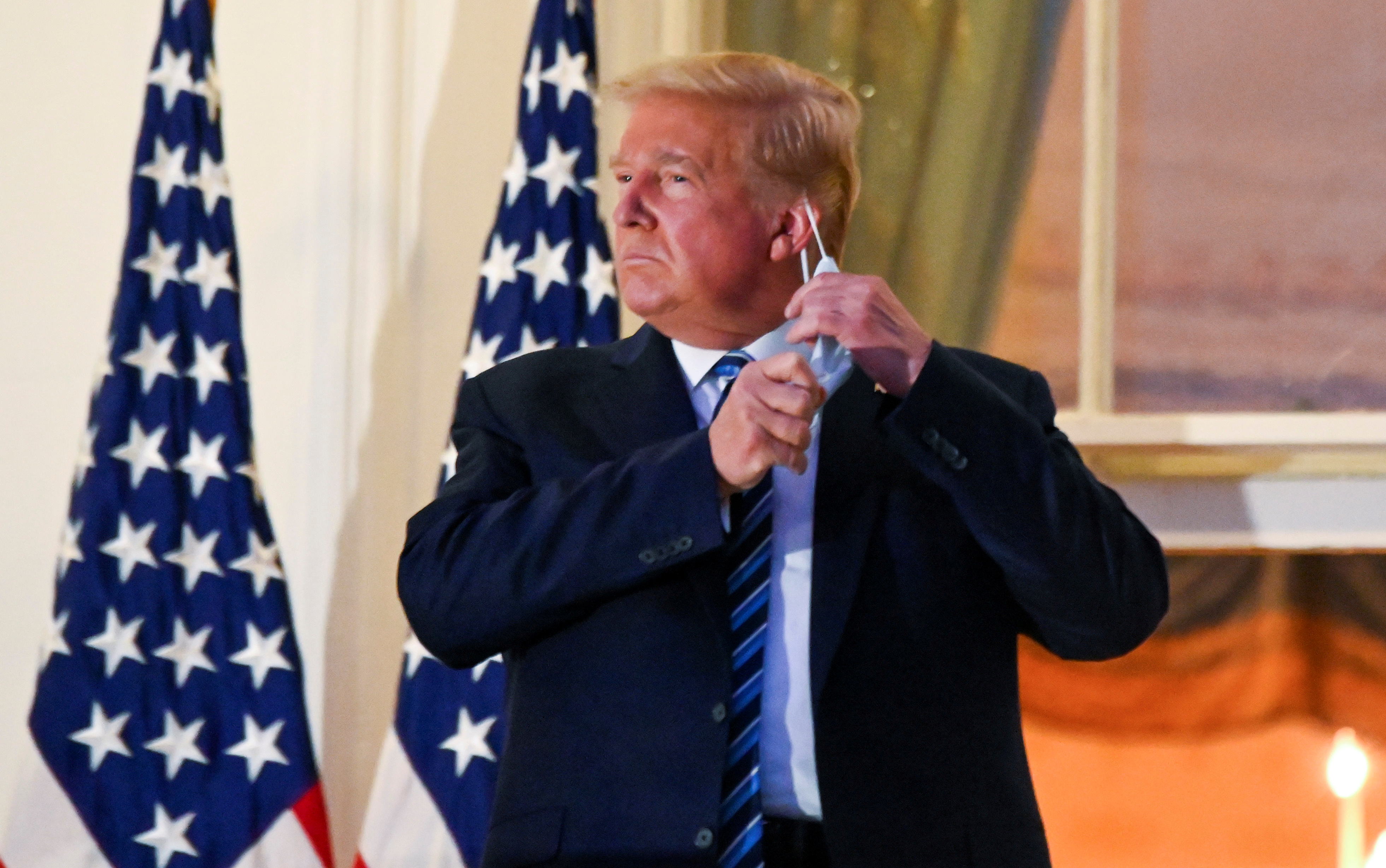 While Biden has led Trump in national polls for months, the election will likely come down to a handful of battleground states, including Wisconsin, Michigan, Pennsylvania, Arizona, Florida and North Carolina. According to Real Clear Politics, which averages the results of recent polling in those states, Biden holds an edge in each of those states, though by margins smaller than his national polling lead.