PREGNANT women can now have partners at scans, labour and birth during the Covid pandemic.

New NHS guidance means mums-to-be in England will be permitted to have one person beside them if they are not showing symptoms of the coronavirus. 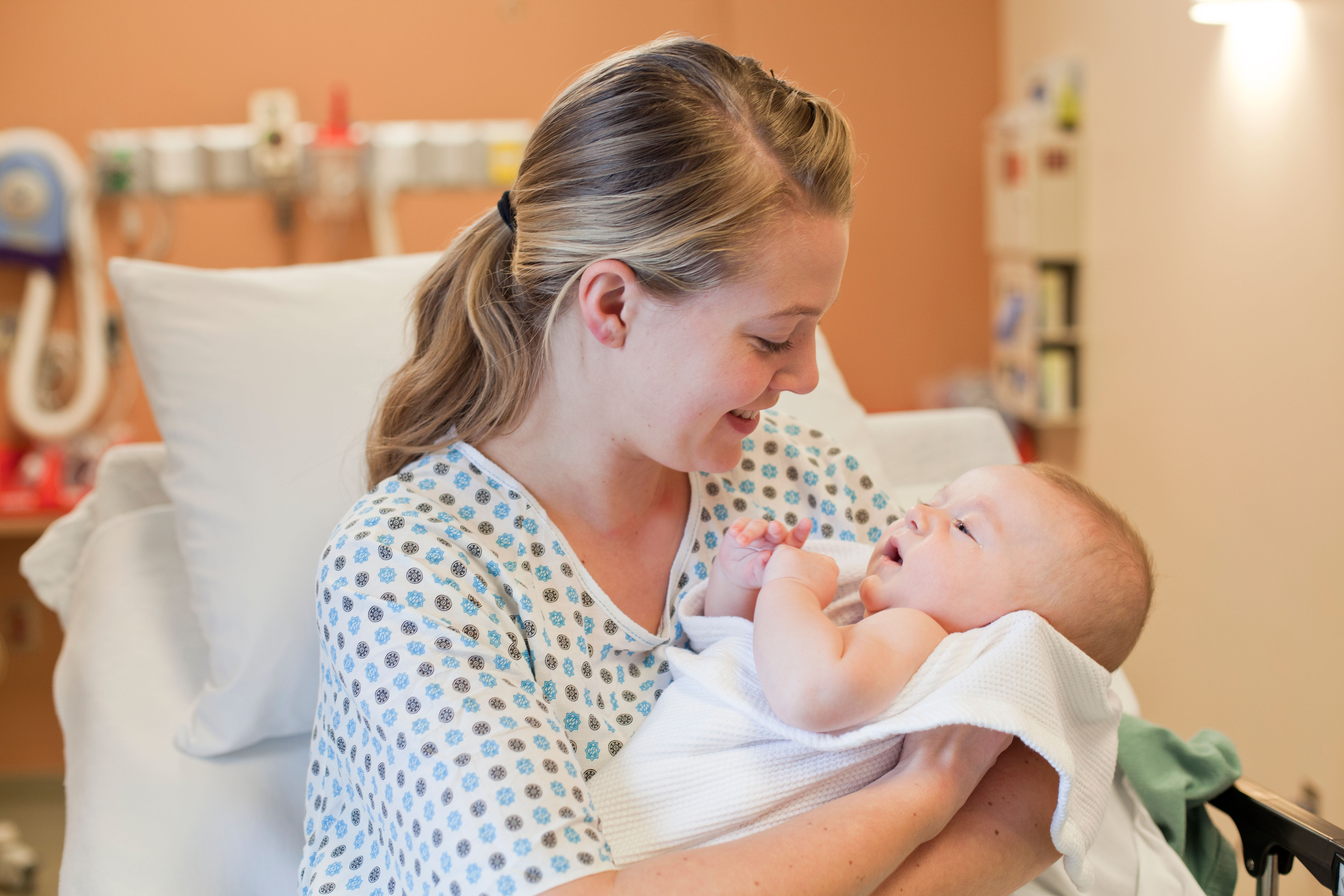 It will apply to “at all stages of her maternity journey”, from scans, to childbirth and the postnatal period.

Until now, individual NHS trusts have had the powers to ban partners from the appointments and the birth of their child.

The risk of someone bringing coronavirus into the hospital, and to expectant mothers, was a concern.

It meant many women had been left to give birth alone since the start of the pandemic, sometimes suffering traumatic experiences without their loved one by their side.

Groups such as Birthrights and BirthBliss Academy said on Twitter they were "delighted" to see the new blanket guidance.

A campaign launched by BirthBliss Academy in September, #ButNotMaternity, called for the rules around maternity to be relaxed considering people could meet in the pub.

But the Royal College of Midwives (RCM) questioned the timing of the guidance when cases are still high.

Gill Walton, chief executive of the RCM, said: “With more areas moving into Tier 3 restrictions, many will question the common sense of releasing this new guidance now.”

She added NHS Trusts in England will need to make decisions "in the best interest of the women in their care".

The RCM, along with the Royal College of Obstetricians & Gynaecologists and the Society and College of Radiographers, said they were consulted on previous drafts of the guidance.

The groups gave feedback based on 10 principles, but not all were adopted by the NHS.

Therefore, "the RCM is unable to endorse this new guidance”.

What is the new guidance?

Under new guidance published on Monday, trusts have been requested to review their current rules.

It said: “Many trusts have already found creative solutions to overcome remaining challenges and they have maximised the support that pregnant women can receive throughout their pregnancy.

“It is important now that all trusts do this.

“We are asking all trust boards to urgently complete any further action needed so that partners can accompany women to all appointments and throughout birth.”

Are pregnant women more at risk of Covid?

Mums-to-be were told to shield in March as a precaution, because at the time it was feared they would suffer worse Covid-19 outcomes.

This was because pregnant women are at a greater risk of picking up viruses like the flu.

The NHS website says: "It's not clear if this happens with coronavirus. But because it's a new virus, it's safer to include pregnant women in the moderate-risk group.

Over the course of the pandemic, scientists have re-assured pregnant women are no more likely to get seriously more ill with coronavirus.

The fact they are female and typically under the age of 40, this also works in their favour.

It is expected the large majority of pregnant women who pick up the coronavirus will experience only mild symptoms because more severe symptoms needing hospital care, such as pneumonia, appear to be more common in men, older people, those with weakened immune systems or long-term conditions.

An Oxford University study found pregnant women from black, Asian and ethnic minority backgrounds were more than four times likely to be admitted to hospital with the infection.

This is in keeping with figures from the general population.

Obesity, having pre-existing health conditions, as well as being over the age of 35 also raised the odds, according to the results of the study in May.

The guidance acknowledged that "pregnant women value the support from a partner, relative, friend or other person through pregnancy and childbirth".

"It facilitates emotional wellbeing and is a key component of safe and personalised maternity care," the guidance said.

“It is, therefore, our aim, further to a risk assessment, that a woman should have access to support… all trusts should facilitate this as quickly as possible.”

Health bosses have been asked to undertake a risk assessment in each part of their maternity service to spot areas where Covid-19 transmission may be higher.

Hospitals have been told to make changes if there are dangers, such as moving furniture so social distancing is still possible with a partner present.

Coronavirus restrictions have made stepping into motherhood challenging in a number of ways.

Michelle Kennedy, who founded a virtual platform called Peanut for women to connect over issues related to motherhood, said this is echoed in the “unbelievable rise” in the number of people turning to her app for support.

Peanut, which allows users to speak over video and messenger forums, has seen its user base grow by 20 per cent every month since lockdown began.

Nearly two million women are now using it including 500,000 in the UK.

A charity boss said the pandemic has compounded the “trauma and distress” already felt by many women who have miscarried.

Clea Harmer, chief executive of stillbirth and neonatal death charity Sands, said social distancing limitations have meant women have had to go to hospital and grieve their unborn baby alone.

After the Meghan, Duchess of Sussex, spoke out about losing her unborn baby, Ms Harmer highlighted the “enormous” impact coronavirus is having for women going through the same struggle.

She told the PA news agency: “Attending scans and appointments can be really difficult, especially if you have had a miscarriage before, or your baby has died before, and often the scan is the place where you were told your baby has died.

“To be in that position on your own, without your partner there… there are heartbreaking stories of mothers being told on their own and having to go out to the car park or back home and tell their partner themselves.

“I think the trauma and the distress that that’s causing can’t be underestimated.”

Labour MP Olivia Blake revealed inNovember she had miscarried her child alone because her husband had not been allowed in the ward with her.

She struggled through tears as she bravely shared about how having to hear the bad news was traumatic enough, but having to repeat it to her husband was "another level of difficult".

The MP demanded the rules be fixed to let partners come into hospitals across the country.