Princess Diana forgot the date of her wedding anniversary in touching personal letters to the editor of British Vogue which are now up for auction.

Six handwritten letters, sent to Elizabeth Tilberis between 1989 and 1992, which detail the ‘growing warmth’ of their friendship, are going up for sale in New York.

Diana and Ms Tilberis spent time together on photoshoots, with Diana writing to Liza to say the Vogue team had made her feel ‘relaxed’.

‘I feel very relaxed being with the ladies so thank you for always thinking of me,’ Diana wrote in one letter dated January 23, 1992.

In a letter from March 5, 1991, Diana gets the date of her 10-year wedding anniversary wrong when discussing the media build-up to the July event. 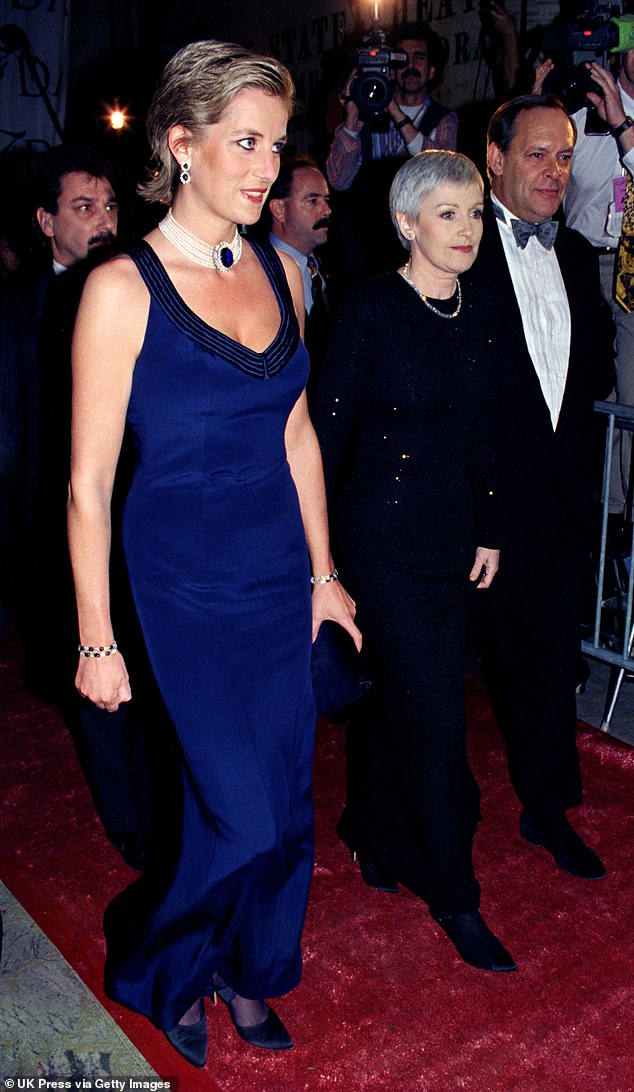 One letter reveals Diana forgot the date of her wedding anniversary. Pictured: a letter from January 23, 1992, where Diana congratulates Liz on a new job at the Harper’s Bazaar

She wrote: ‘Alas, I fear that there aren’t going to be any photographs released for my birthday in July – there is too much of a build-up towards the 30th & 10 years of marriage … I do feel terribly that there is far too much of this lady in the media!’

Her wedding anniversary with Prince Charles was actually on July 29.

Referring to the 1991 December issue front cover, shot by French photographer Patrick Demarchelier, Diana said: ‘Patrick … was a dream & I hope he will be happy with the results!’

Ms Tilberis sent Diana a framed copy of the cover, much to her delight.

‘Thank you very much for framing the front cover addition of your December issue! It will always be a reminder of a very special day with Patrick & the team!’

A spokesman for the auctioneers said: ‘The correspondence sheds light on the growing warmth and friendship between the two as they collaborate on various Vogue shoots, detailing how much Diana clearly valued time spent with Tilberis and others.’ 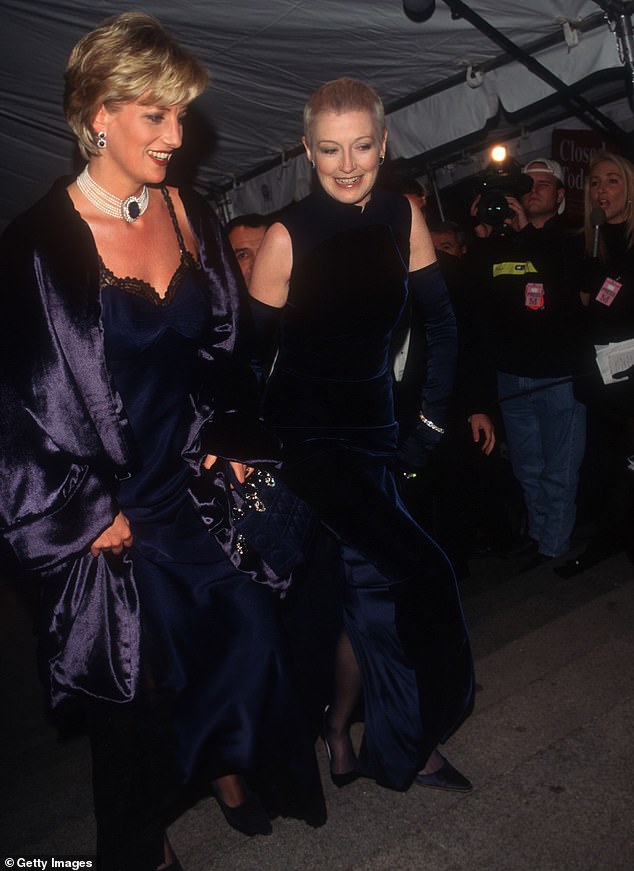 Princess Diana and Liz, pictured in 1996, spent time together on photoshoots. Diana featured on the cover of British Vogue’s December 1991 edition, shot by Patrick Demarchelier 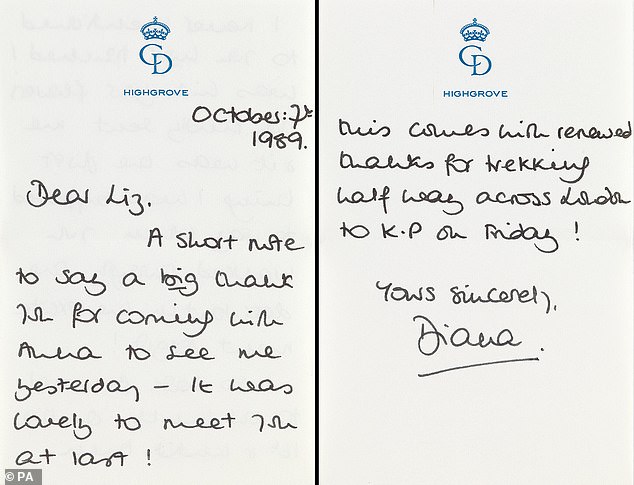 The tone in Diana’s correspondence was extremely polite and in one letter she thanked Ms Tilberis for ‘trekking halfway across London to K.P. (Kensington Palace) on Friday!’

Ms Tilberis was appointed editor of Harper’s Bazaar in February 1992 and subsequently moved to the US.

Congratulating her on her new role, Diana wrote: ‘I felt a lot of excitement in you as you start your new life in America.

‘It’s thrilling to be asked to fill such a post as “they” obviously think an enormous amount of you across the waters & I know you’ll make a huge success of your new role.’

Ms Tilberis won many accolades during her time as an editor, including two National Magazine Awards for the first four issues of the magazine’s relaunch during September to December 1993.

She did not outlive Diana long, dying in 1999 aged 51 after being diagnosed with ovarian cancer in 1993. 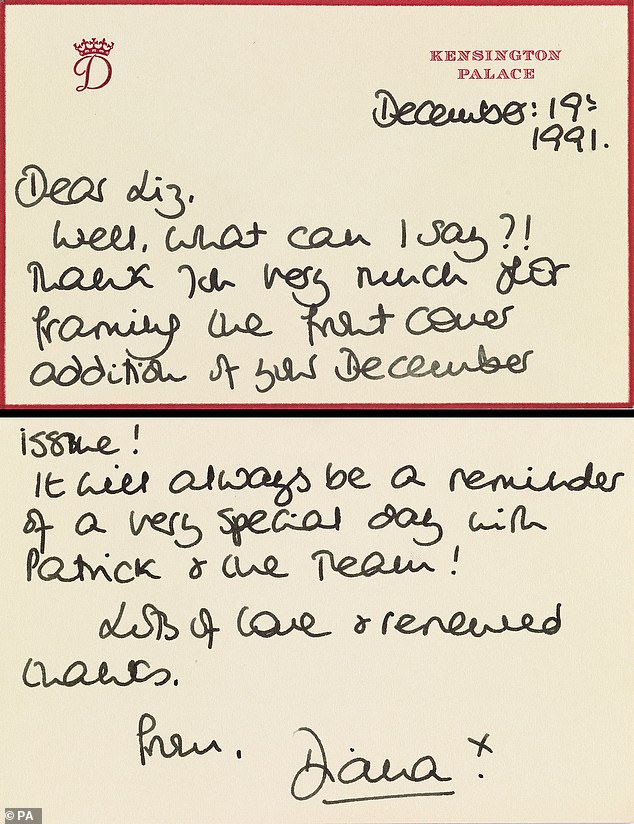 In this letter, Diana thanked Liz for sending over a framed copy of her December 1991 cover 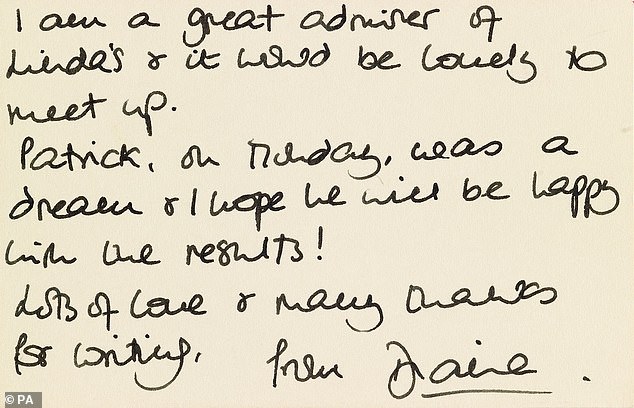 In another, she refers to photographer Patrick as a ‘dream’, saying: ‘Patrick … was a dream & I hope he will be happy with the results!’