AN elementary school principal is facing assault charges after she hit a six-year-old girl with a paddle as her horrified mom watched on, according to reports. 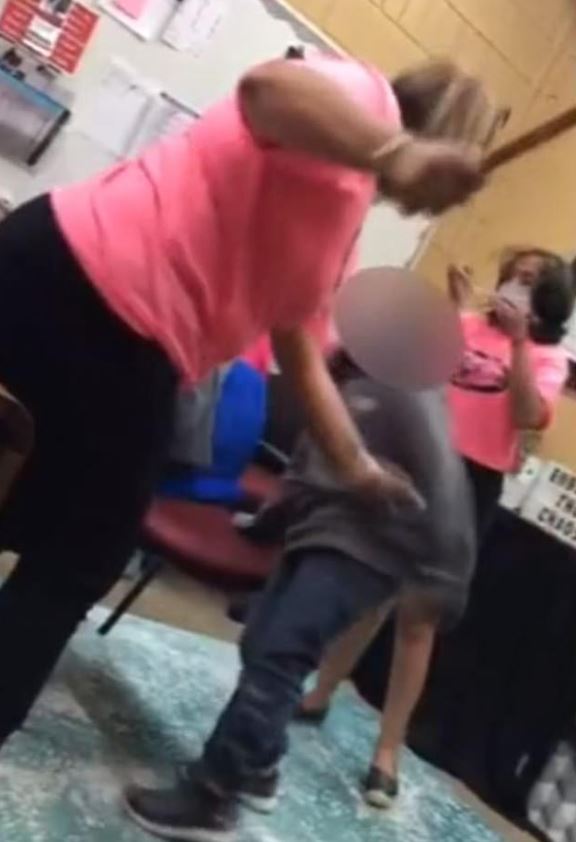 Principal Melissa Carter was captured giving the schoolgirl several hits with a paddle in front of the mom who filmed the incident.

The mom, who does not speak fluent English, claims she was told by the school that her daughter would be getting "paddled" as a punishment.

The head reportedly brought out the paddle and smacked the girl several times on her bottom, footage shows.

It's reported that the mom didn't know what to do as she was worried that if she intervened she would be in trouble, fearing cops would question her immigration status. She decided to film the incident.

She exclusively told WINK News: "Nobody would have believed me.

"I sacrificed my daughter so all parents can realize what's happening in this school." 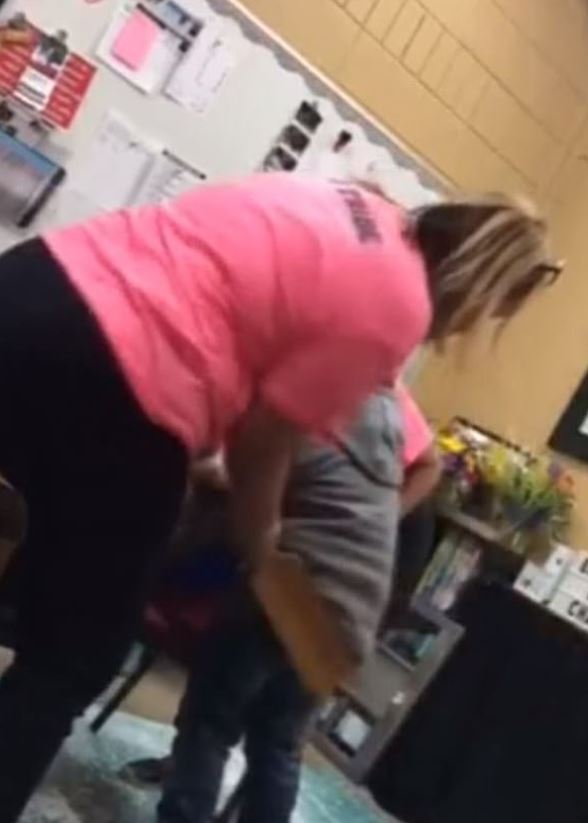 When she arrived at the school on April 13 to pay a $50 fine, her daughter was in the principal's office as Ms. Carter reportedly started to scream.

The mom is said to be worried about what psychological harm has been caused to her child following the incident.

Bret Provinsky, the attorney for the mother, said the State's Attorney Office is reviewing the case to see whether they can pursue criminal charges against the principal and the clerk, who was pictured in the room.

The attorney told WINK News: "That’s aggravated battery. They're using a weapon that can cause severe physical harm."

Procedures that "do not demean students" and "do not tend to violate individual rights" are said to be encouraged.

Carter, nor the school have returned any requests for comment.

New Mexico remains the most recent state to ban the practice as legislators narrowly voted to outlaw corporal punishment in 2011.

The state joined 30 other US states that have already banned corporal punishment.