George Eustice resigned from his position as Farming Minister and said he would lobby to keep No Deal on the table. 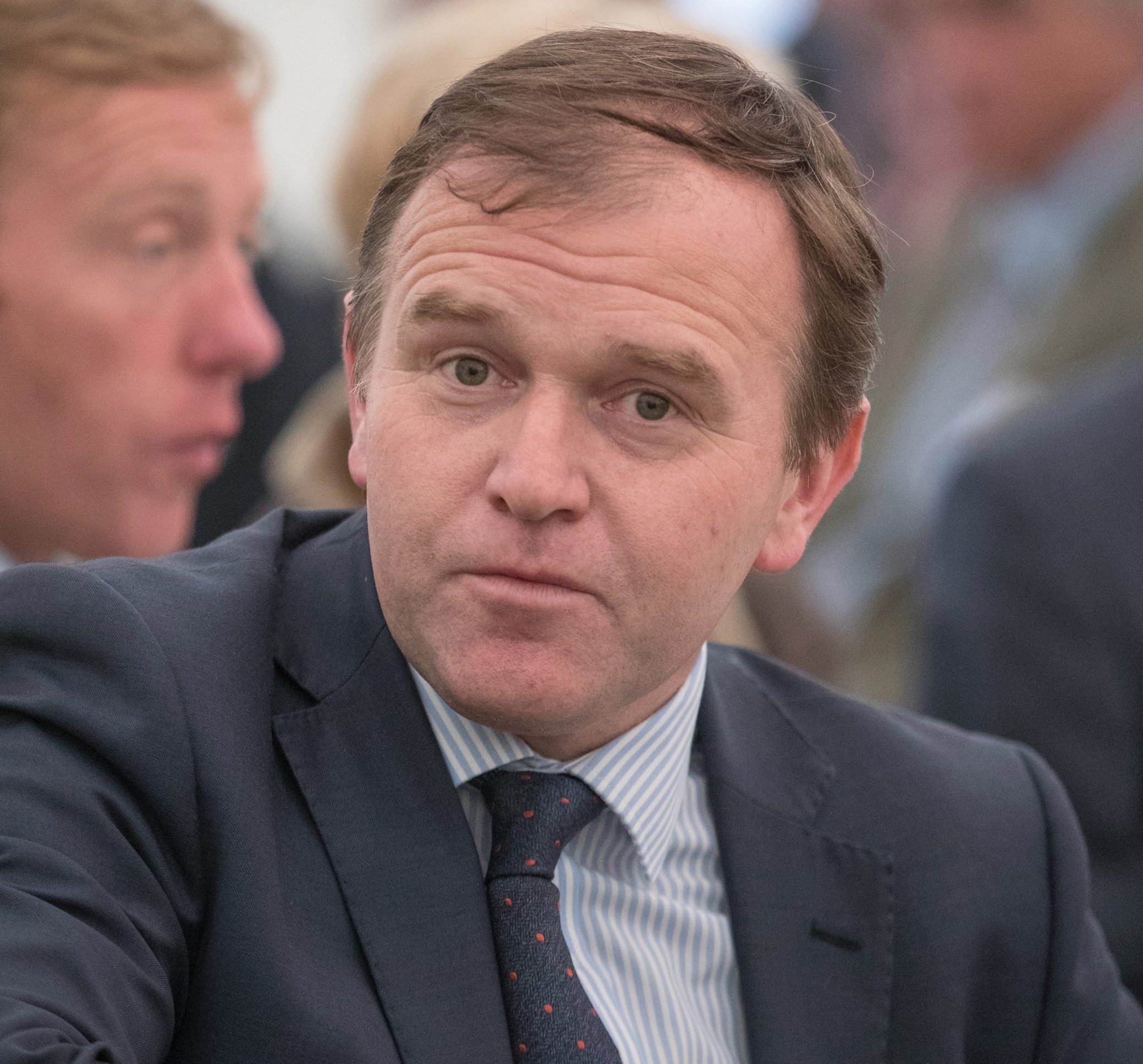 The move is a blow to Mrs May's attempts to hold her warring party together ahead of Britain's EU exit.

Mr Eustice was a passionate Brexit campaigner during the 2016 referendum but has remained loyal to the PM ever since the result.

In his resignation letter today, he vowed to vote for Mrs May's deal when it returns to the Commons – but insisted that if it fails, he will argue in favour of a No Deal rather than a delay to Brexit.

And he accused Remainer rebels who want to rule out No Deal of undermining the PM in talks with Brussels, warning their plot will lead to "the final humiliation of our country".

Mr Eustice said: "It is with tremendous sadness that I have decided to resign from the government following the decision this week to allow the postponement of our exit from the EU.

"Since Parliament is now in direct control of events, I want to be free to participate in the critical debate that will take place in the weeks ahead.

"Although I campaigned to leave, I have always supported compromise to achieve a reconciliation in our country. Leaving the EU would represent an historic change and it is natural that some people will feel apprehensive.

"I have stuck with the Government through a series of rather undignified retreats. However, I fear that developments this week will lead to a sequence of events culminating in the EU dictating the terms of any extension requested and the final humiliation of our country.

"I appreciate that you have been terribly undermined by those in Parliament who refuse to respect the referendum result. You have shown tenacity and resilience over the past year.

"However, what our country needs from all its political leaders at this critical juncture is courage, and we are about to find out whether Parliament has it."

He accused the EU of not playing fair in Brexit negotiations and warned that taking No Deal off the table would deprive Britain of our final trump card.

Mr Eustice concluded: "We must therefore have the courage, if necessary, to reclaim our freedom first and talk afterwards.

"We must be ready to face down the European Union here and now. The absence of an agreement poses risks and costs for them too."

Mrs May said in response: "I am grateful for the support you have provided throughout our negotiations with the European Union, and am glad to know that you will continue to support the withdrawal agreement so that we can leave with a deal on March 29."

He is the 12th minister to resign from the Government in protest against the PM's Brexit strategy.

At least a dozen more junior frontbench figures have also quit – with most of them voting against Mrs May's deal when it first came to the Commons last month.

On Tuesday, the PM announced that the House of Commons will be able to mandate a delay to Brexit next month if her deal is defeated.

Brexiteers fear the gambit could mean Britain is unable to leave without a deal, making it less likely the EU will give us further concessions on the existing withdrawal agreement.

But Mrs May agreed to the move after pro-Remain ministers threatened to quit in order to back an amendment tabled by Yvette Cooper which would have written a delay into law. 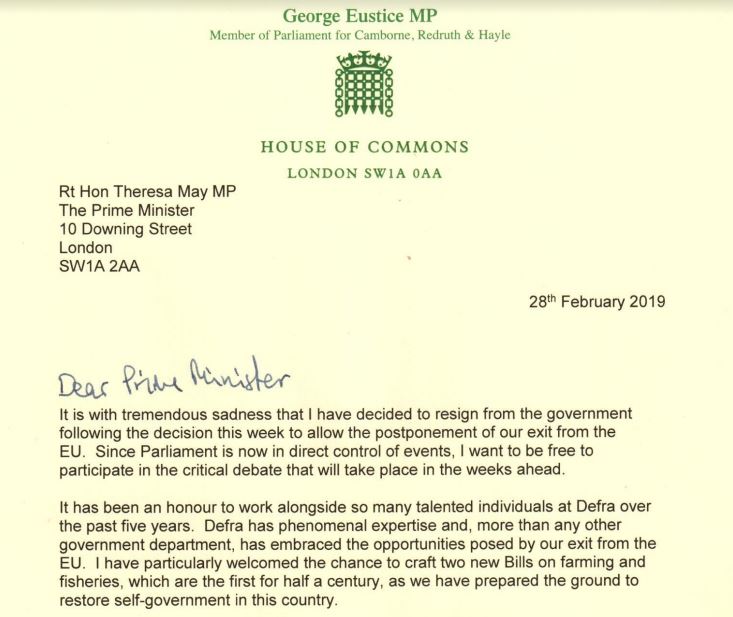 Critics said Mr Eustice's resignation was another sign of the PM's weakness – SNP boss Ian Blackford blasted: "This is beyond parody.

"This is not a functioning Government, it is the Tory party at war with itself under a Prime Minister who can't give leadership."

But Boris Johnson said: "George Eustice is brave and right – and his superb letter to the PM shows that No Deal may yet be the best option for the UK." 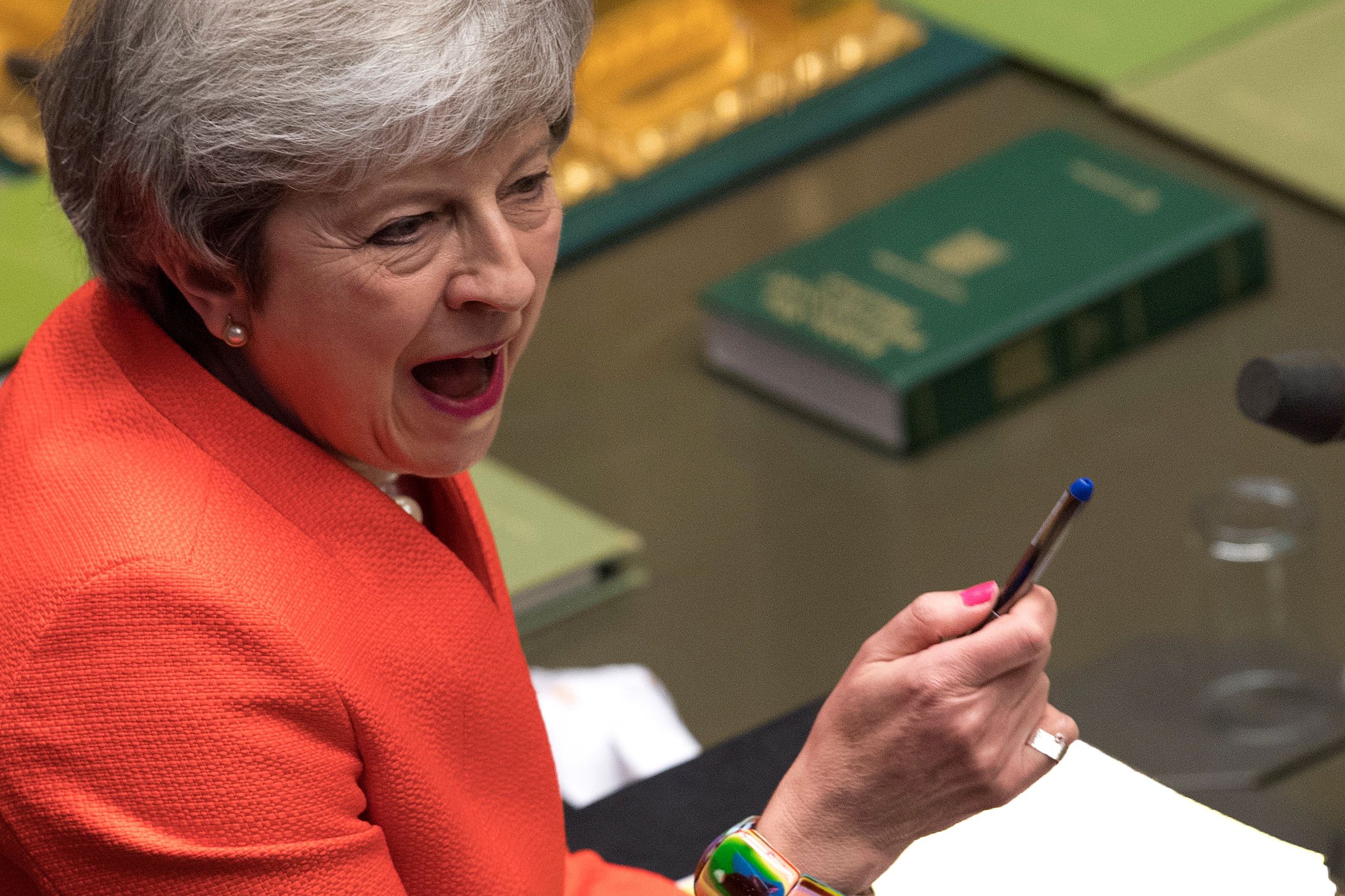