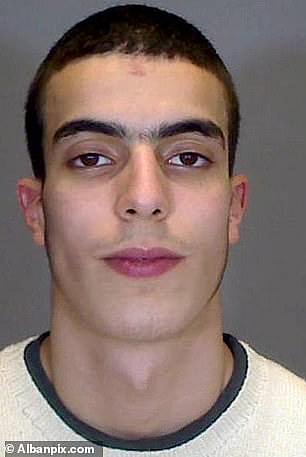 Firearms charges against the son of radical Muslim cleric Abu Hamza have been dropped, prosecutors said.

Imran Mostafa Kamel, 26, of Ealing, west London, was arrested as police investigated the murder of a security guard at a New Year’s Eve party in the West End, Scotland Yard said.

But the Crown Prosecution Service (CPS) announced today that the case has been discontinued.

‘We have a duty to keep cases under continuing review and, following a further review of all the available evidence in this case, we concluded that the evidential test to provide a realistic prospect of conviction was not met,’ a spokesman said.

‘The charges were therefore discontinued.’

Security guard Tudor Simionov, 33, was working outside the private event at Fountain House in Park Lane, central London, on January 1. 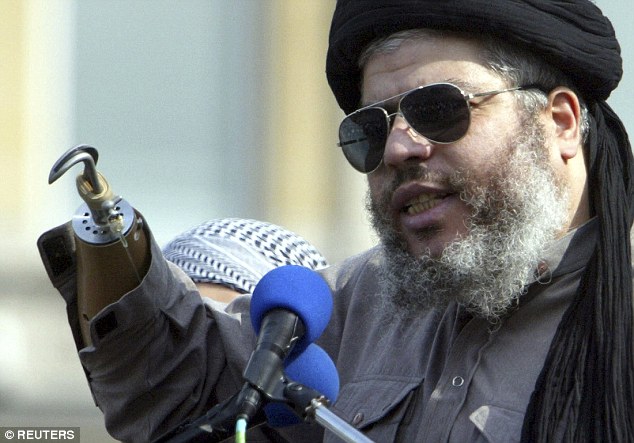 Kamel is the son of Abu Hamza, the hate preacher deported to the US on terror charges

He was attacked at about 5.30am and stabbed to death as he tried to stop gatecrashers storming into the party.

Scotland Yard said the charges against Mr Kamel were brought in connection with a separate incident at Fountain House on January 1 at about 5.36am, in which no firearm was discharged.

The charges were not directly connected to Mr Simionov’s death or the other people who were injured in the attack, a spokesman for the force said.

Abu Hamza was previously jailed in the UK for inciting violence and was extradited to New York after an eight-year legal battle.

He is currently serving a life sentence in the US for terrorism offences.