BUNGLING teachers sent mums and dads into meltdown after wrongly telling pupils from the EU they couldn't stay in school after Brexit.

The duff news was revealed when a parent posted a letter on Twitter which stated the kids would no longer be eligible for state education if they didn’t have settled status by the end of next month. 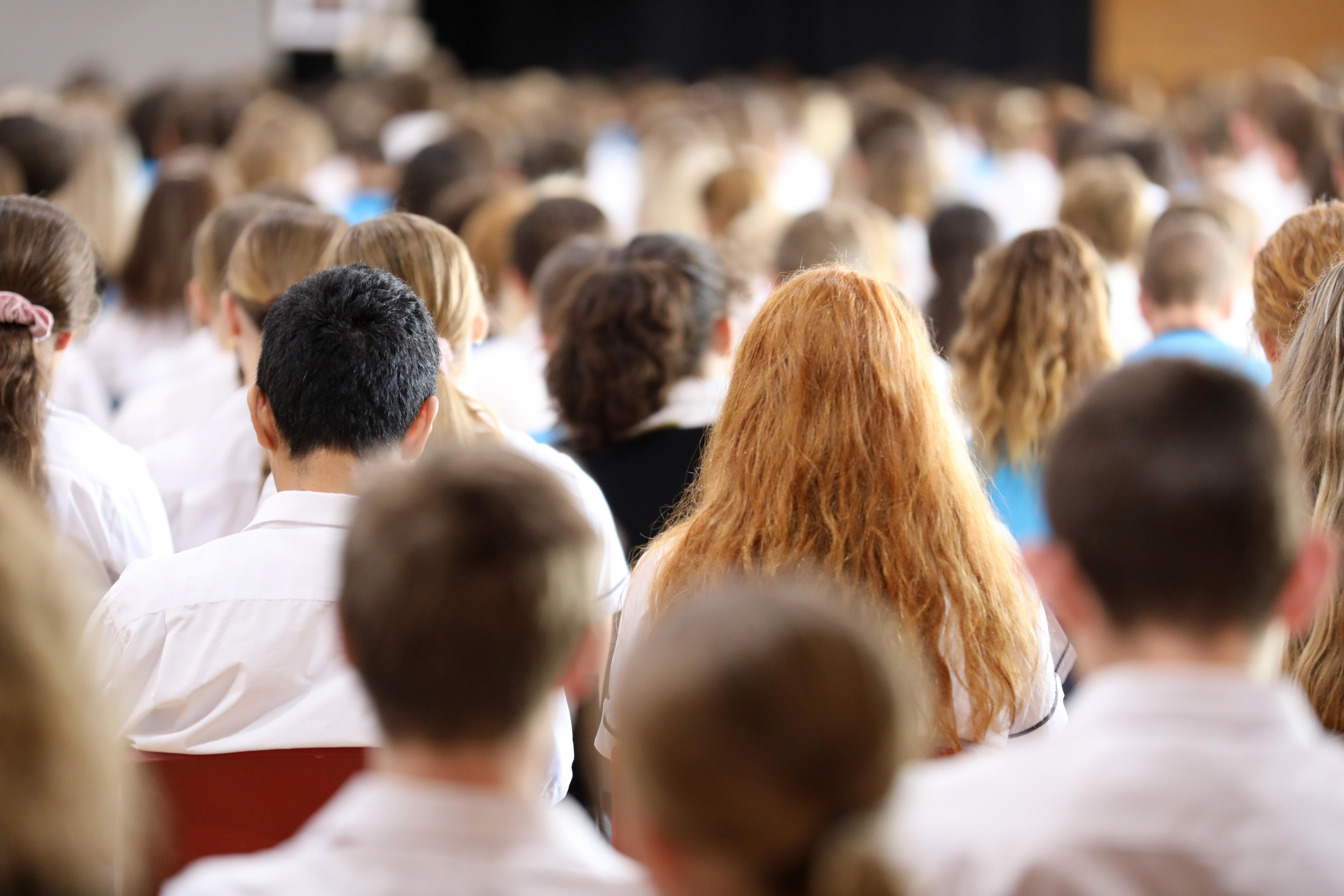 The school letter, which has since been deleted, read: "The British Government has now expressed its intent to withdraw the UK from the European Union on 31st October.

"After this date, all pupils must be UK passport holders or have settled status in the United Kingdom to continue to be eligible for state education."

It then advised parents how to apply for the scheme before adding: "Once your child has settled status approved, they will be able to remain in the UK after the October deadline to complete their studies, up to and including Year 13."

However, the Home Office has revealed the school – which has not been named in the Metro report – got it wrong and pupils actually have until the end of NEXT YEAR to apply for settled status.

A Home Office spokesperson told the Sun Online: “This guidance was not issued by the Home Office and schools do not consider the immigration status of pupils when deciding who to admit.

“We’ve been clear that EU citizens living in the UK before Brexit have until at least 31 December 2020 to apply to the EU Settlement Scheme.

“The Government has spent close to £4m publicising the Scheme and issued bespoke information to schools.” 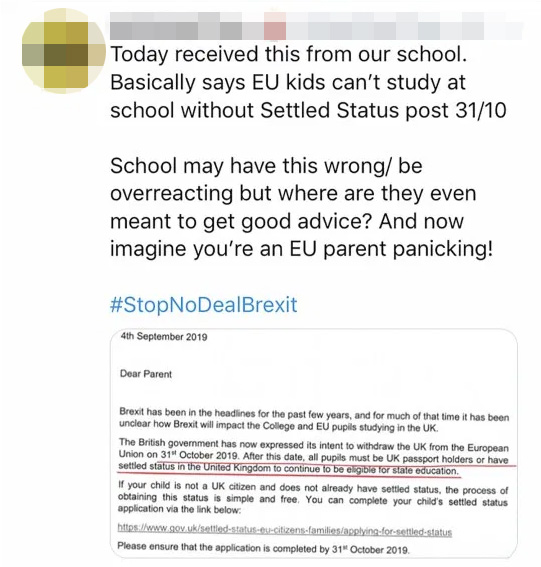 According to the Department of Education website schools must "inform any staff, parents or carers of pupils who are EU, EEA or Swiss citizens that they need to apply to the EU Settlement Scheme to continue living in the UK after 2020."

However, it adds Irish citizens’ right to live in the UK will not change when the UK leaves the EU.

It goes on: "Schools and local authorities cannot take into account nationality or immigration status when deciding which pupils to admit. There will be no change to this after Brexit.

"Once the future immigration system is introduced in 2021, EU, EEA and Swiss nationals will not be able to enter the UK for the sole purpose of attending a state-funded school.

"This will not prevent children who are entering the UK for another purpose, for example, as a dependant of a worker or a student, from being eligible for a school place.

"UK nationals with children who return from the EU after the UK leaves the EU will continue to be entitled to apply for a school place."

However, Maike Bohn, co-founder of the group representing European citizens in the UK, said the news of the letter shows there is clearly confusion surrounding the scheme.

And Ms Bohn claimed the group had "anecdotal evidence" of other schools and employers issuing similar incorrect advice regarding the deadline.

She said:  "I believe the school were trying to be helpful. They are thinking we need to tell parents they should get this as soon as possible.

"They were clearly misinformed and they should have checked. It’s a consequence of that announcement."