GAZA (Reuters) – Qatar paid the salaries of nearly 30,000 Gazan civil servants on Friday, delighting the impoverished workers but angering some in the deeply divided Palestinian leadership who balked at the intervention of a foreign power. 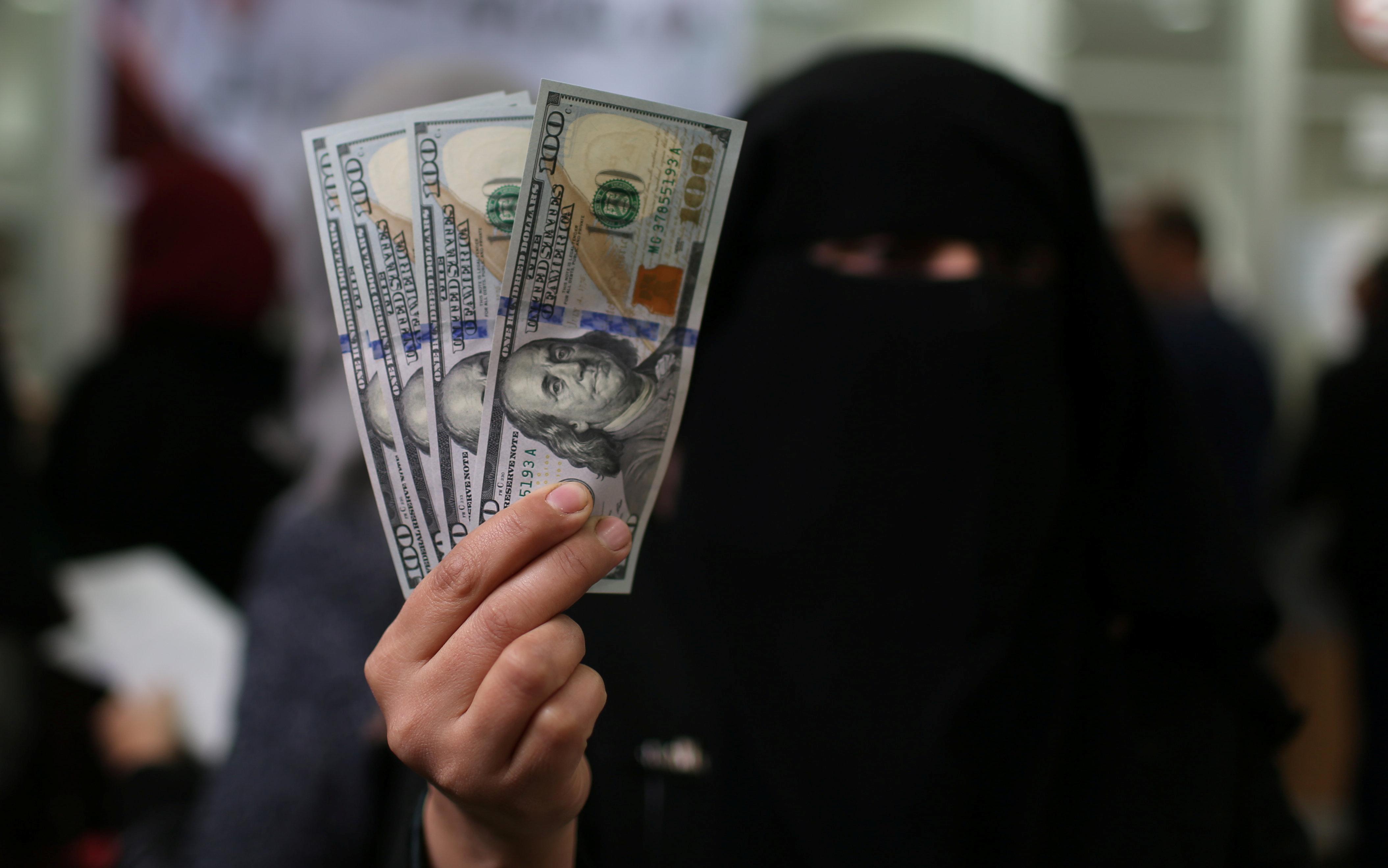 Thousands queued in the winter cold to get their cash at post offices – one of which was decorated with a large mural of Qatar’s emir Sheikh Tamim bin Hamad Al Thani and the message “Thanks Qatar”.

“If the Qatari donation stops, we will be destroyed,” said 45-year-old civil servant Ammar Fayyad, the main bread-winner in his 13-strong family.

Palestinian sources said Friday’s payout, thought to be around $15 million, was part of a $90 million Qatari donation that began in November and is due to be paid into Gaza over six months.

The civil servants have become a symbol of a bitter and protracted power struggle between the two most powerful Palestinian factions, the Hamas Islamist movement which controls Gaza, and the Western-backed Palestinian Authority of President Mahmoud Abbas that controls the West Bank.

The employees were hired by Hamas after it unexpectedly won elections in 2006, and seized military control of Gaza the next year.

Hamas complained that it inherited a civil service beholden to Abbas – so it installed thousands of Hamas loyalists, effectively creating two parallel civil services in Gaza.

But after years of Israeli-led blockades, successive wars and the continued failure of internal reconciliation efforts, Hamas was left with little in its coffers. With Hamas hardly able to pay its own employees, and Abbas refusing to, they became a political football.

Abbas’s strategy has been to pressure Hamas back to the negotiating table by slashing salaries and sending thousands of government workers into early retirement, thereby worsening economic conditions in Gaza.

Wasel Abu Youssef, a pro-Abbas official, said on Friday that by sidestepping Abbas and sending money into Gaza, the Qataris would “give hope to those willing to prolong divisions.”

Qatar – which has been working to bolster its international standing amid a diplomatic dispute with Saudi Arabia and other Gulf powers – has said it intervened to ease conditions in the impoverished Gaza Strip and restore stability.

Israeli Prime Minister Benjamin Netanyahu said Israel agreed to allow the Qatari money into Gaza, telling foreign diplomats on Thursday that a closely monitored system of “fingerprints, photos and signatures” would make sure the money reached its intended recipients, not Hamas.

Hamas maintained a low public profile before and during Friday’s Qatari intervention. Analysts say the infusion of outside money into the area that it controls presents something a dilemma for Israel.

While it eased domestic pressure on Hamas, it also alleviated economic hardship that could provoke unrest and instability in Gaza, they said.

“It provides Hamas some relief from the domestic pressure from their employees, and it slightly stimulates the local market,” Mohammad Abu Jayyab, a Gaza economist, told Reuters.