Longer working hours for teachers ‘are a myth’: One-in-four in England work a 60-hour week but average has been stable for a generation despite pledges to reduce their workload

One in four teachers work more than 60 hours a week, with many working into the evening, despite ministers pledging to reduce their workload, a study suggests.

Teachers work around 47 hours per week on average during term-time, according to the University College London (UCL) study which looked at data from more than 40,000 primary and secondary teachers in England collected between 1992 and 2017.

This includes the time they spend on marking, lesson planning and administration, with there being little change in this figure over time. 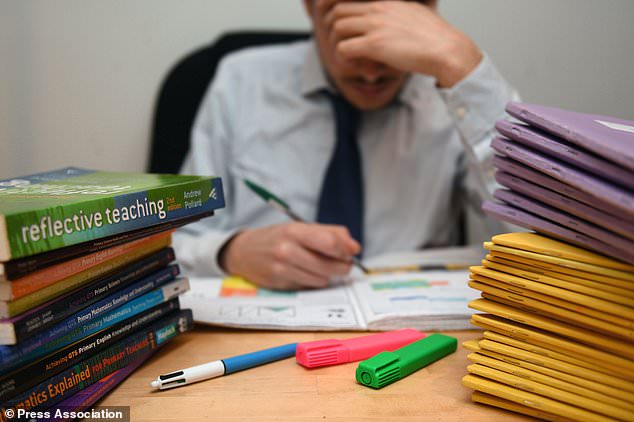 In the summer term the average working week was nearer to 50 hours, researchers said.

The study found that around 40% of teachers in England usually work in the evening and 10% usually work at the weekend.

Full-time secondary teachers also said they spend almost as much time on management, administration, marking and lesson planning each week (20.1 hours) as they do actually teaching pupils (20.5 hours).

For example, in 2018, while the average full-time secondary teacher in England worked 49 hours per week the OECD average was 41 hours.

The equivalent figure for teachers in Finland was just 34 hours. 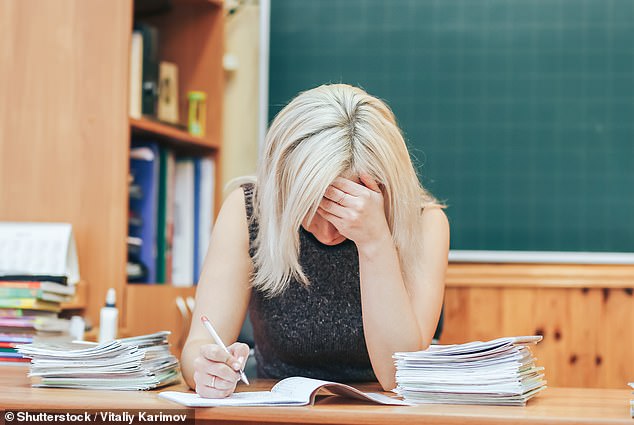 Lead author, Professor John Jerrim, UCL Institute of Education, said: ‘This is the first study to attempt to track the working hours of teachers over such a long period of time.

‘Successive secretaries of state for education have made big commitments to teachers about their working hours – how they are determined to reduce the burden of unnecessary tasks and how they will monitor hours robustly.

‘Our data show just how difficult it is to reduce teacher workload and working hours.

‘It is early days in terms of judging the effectiveness of the policies put forward over the past year.

‘We’d like to see much closer monitoring of teachers’ working hours, so that the impact of policy can be assessed as soon as possible.

‘Overall, bolder plans are needed by the Government to show they are serious about reducing working hours for teachers and bringing them into line with other countries.’

Josh Hillman, director of education at the Nuffield Foundation, which funded the UCL-led paper, said: ‘Earlier this year the Government’s teacher recruitment and retention strategy acknowledged the teacher supply crisis in England.

‘This research adds to our understanding of this crisis by confirming that teachers are working persistently long hours. This has been the case for over two decades, despite a succession of policy announcements during this period.’

Researchers based their analysis upon four data sources: the Labour Force Survey, the Teaching and Learning International Survey, the UK Time-Use diaries and information gathered from the Teacher-Tapp survey app.