Toronto: Quebec will be able to bar government workers in “positions of authority” from wearing religious symbols such as Muslim hijabs and Sikh turbans on the job following a court ruling on Tuesday (Wednesday AEST).

The law will apply to police officers and judges but not to teachers, principals, and vice-principals at public schools teaching primarily in English. 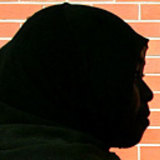 The new law stops government workers in “positions of authority” wearing religious symbols like the hijab, but excludes teachers. Opponents say the law runs contrary to the culture of respect for individual rights and religious freedoms taught in schools.

He also struck down a ban on members of the National Assembly, the provincial legislature, from wearing face coverings while providing services to the public.

The English Montreal School Board said it was “elated” with the decision to strike down the sections of the law pertaining to its schools and urged the provincial government to not appeal the ruling.

“This legislation runs contrary to what we teach and to the culture of respect for individual rights and religious freedoms within English-language schools,” chair Joe Ortona said in a statement.

The 2019 law, the first of its kind in North America, sparked protests in the province and resolutions of opposition in other provinces. Previous Quebec governments had tried to pass similar legislation.

It includes a grandfather clause that exempts employees already in their positions from the ban. But they would lose the exemption if they were promoted or moved to another institution.

In 2019, Prime Minister Justin Trudeau said it was not “a government’s responsibility or in a government’s interest to legislate on what people should be wearing”. He told reporters in Ottawa on Tuesday he had not yet read the decision.

Quebec Premier François Legault defended the law, arguing it had the support of most residents, did not target any one religion, and was another step in secularising the province in which the Catholic Church long wielded outsize influence. He said public servants should not be wearing symbols that might promote their faith while serving the public.

But critics assailed the law as an assault on religious minorities and freedom of expression, adding it disproportionately affected Muslim teachers who wore hijabs.

The law is expected to reach Canada’s supreme court.

The emotional court hearings, which began in November, featured testimony from several women who said the law had derailed their lives and careers or quashed any hopes of advancement.

Blanchard referred to their testimony in the decision, and wrote that “there is no doubt” that the law “has serious and negative consequences for all those who wear religious symbols in public.”

Amrit Kaur, a Sikh woman from Quebec, told The Washington Post in 2019 she graduated from a teacher’s college on the day Bill 21 passed. Rather than remove her turban to work in her home province, she moved across the country to take a job in British Columbia.

“I am very pleased that today’s decision allows teachers like myself to work in the Quebec English educational system,” Kaur said in a statement on Tuesday.

“However, this victory is bittersweet since teachers in French schools, police officers, and lawyers still cannot work with their articles of faith. Bill 21 continues to pose an unprecedented challenge to minorities in Quebec.”