Joe and Jill Biden clasped hands as they arrived at Westminster Abbey today for the Queen’s funeral, joining hundreds of other world leaders and heads of state.

In total, some 500 leaders and dignitaries will be represented at the funeral – at least one from almost every country with which Britain has diplomatic relations.

Jair Bolsonaro, the president of Brazil, was also seen arriving alongside wife Michelle. 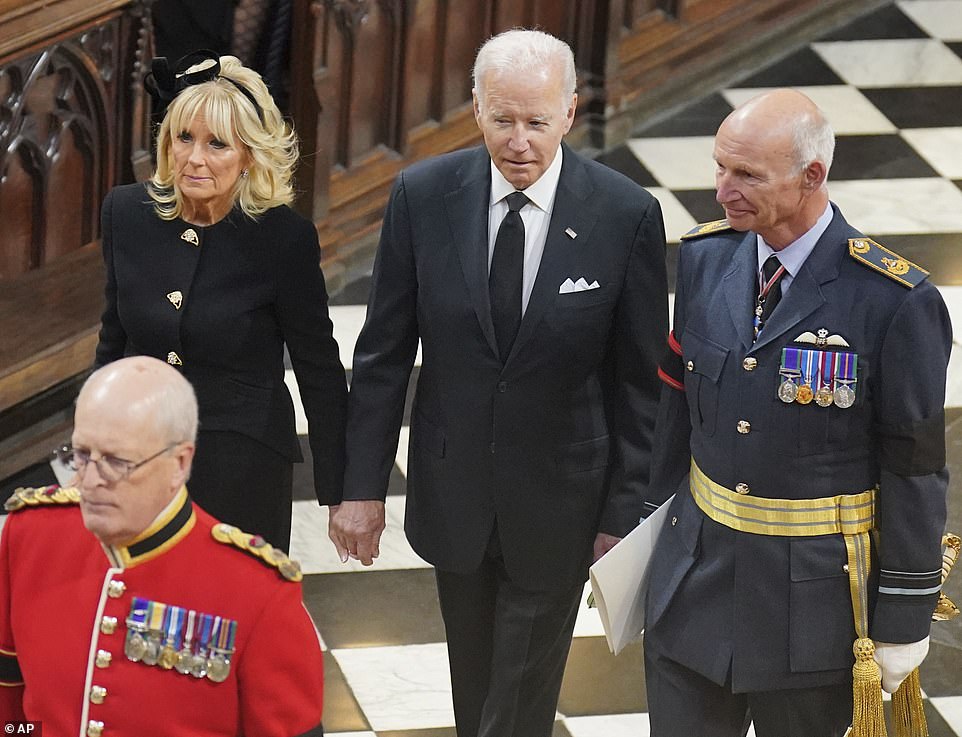 Joe and Jill Biden hold hands as they walk into Westminster Abbey on Monday for the state funeral of Queen Elizabeth II, which some 500 world leaders, heads of state and diplomats will attend 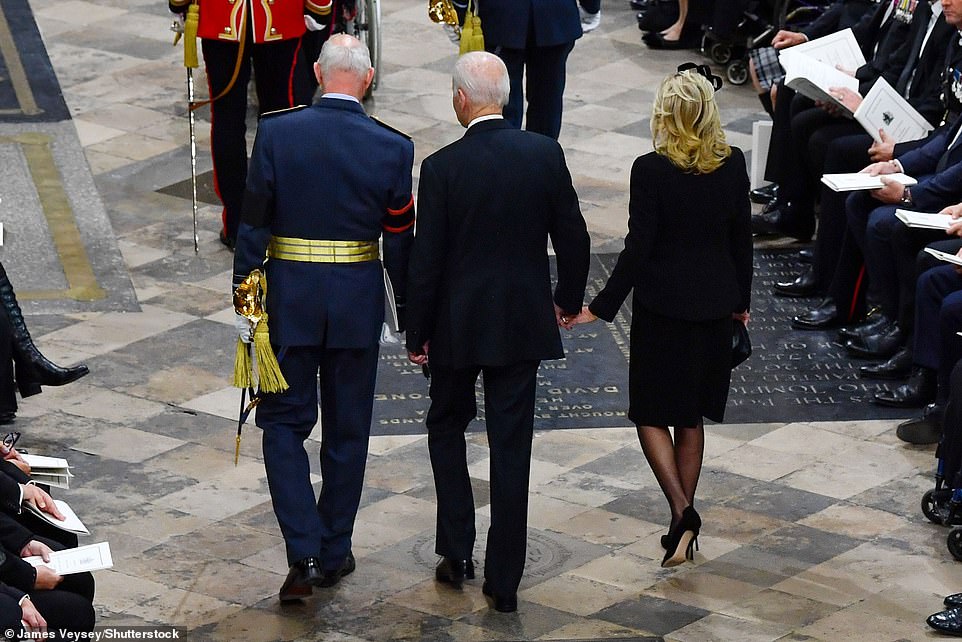 Joe and Jill Biden are shown to their seats inside Westminster Abbey at a public funeral service for Her Majesty, ahead of a private family service that will take place in Windsor later today 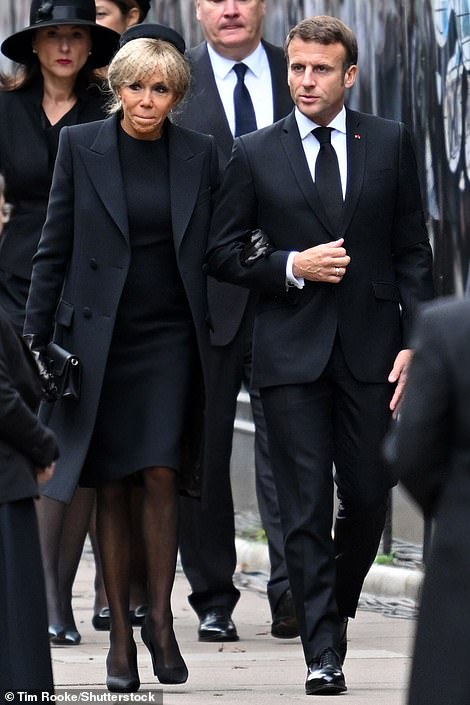 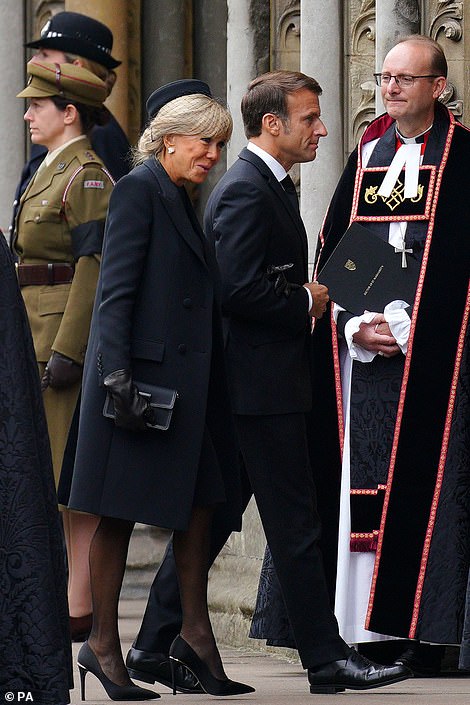 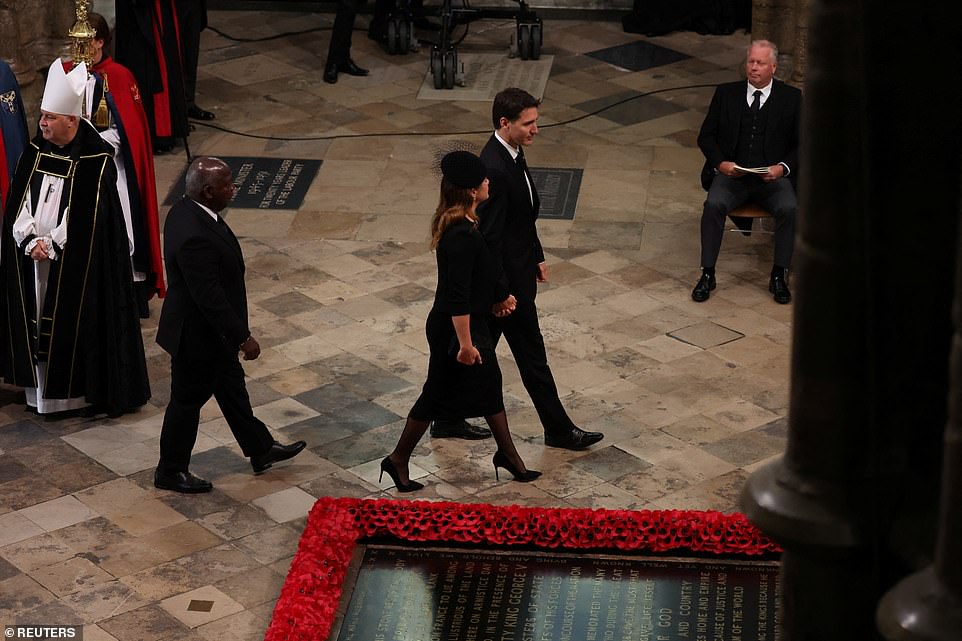 Jutin Trudeau, the Prime Minister of Canada, and his wife Sophie are pictured arriving at Westminster Abbey on Monday 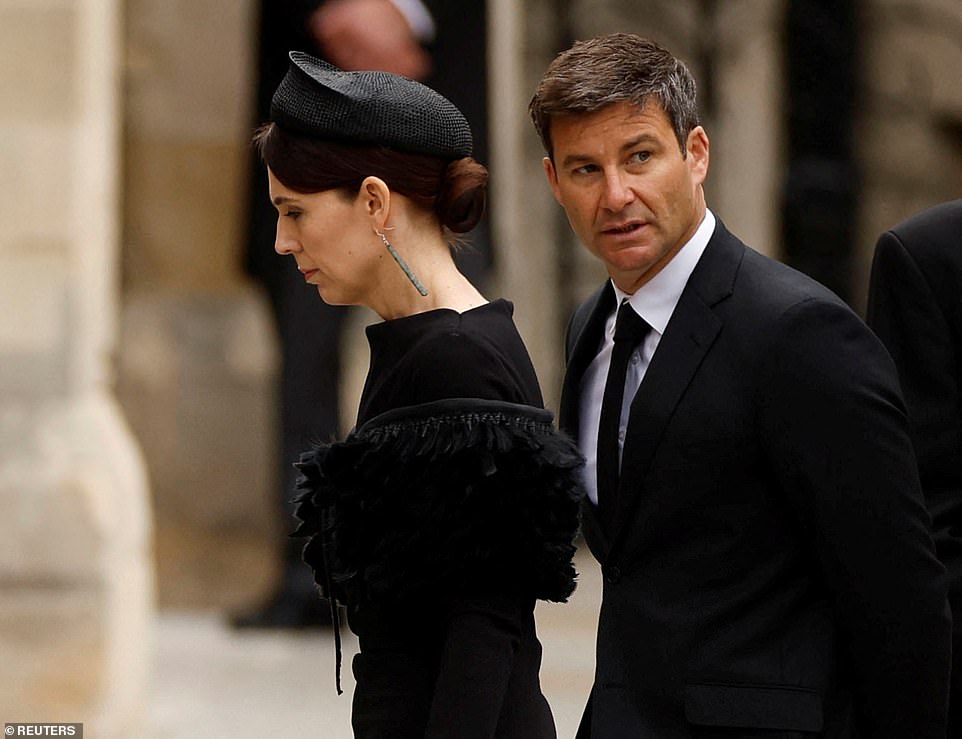 Britain and the world are laying Queen Elizabeth II to rest on Monday at a state funeral that is drawing presidents and kings, princes and prime ministers – and up to a million people lining the streets of London to say a final goodbye to a monarch whose 70-year reign defined an age.

A day packed with funeral events in London and Windsor began early when the doors of 900-year-old Westminster Hall were closed to mourners after hundreds of thousands had filed in front of her flag-draped coffin.

Many had waited for hours in line, including through cold nights, to pay their respects in an outpouring of collective grief and respect.

‘I felt like I had to come and pay my final respects to our majestic queen. She has done so much for us and just a little thank you really from the people,’ said Tracy Dobson, who was among the last to join the line.

In a country known for pomp and pageantry, the first state funeral since Winston Churchill’s promised to be a spectacular display.

142 Royal Navy sailors are set to pull the gun carriage carrying Elizabeth’s coffin to Westminster Abbey, where 2,000 people ranging from world leaders to health care workers and volunteers plan to mourn her.

Ahead of the ceremony, one of the Abbey’s bells is tolling 96 times – once a minute for each year of her life.

Monday has been declared a public holiday in honor of Elizabeth, who died Sept. 8 – and hundreds of thousands of people descended on central London to partake in the historic moment.

Long before the service was set to begin, city authorities said viewing areas along the route of the funeral’s procession were full.

Millions more are expected to tune into the funeral live on television, and crowds are flocking to parks and public spaces across the U.K. to watch it on screens.

On the evening before, King Charles III issued a message of thanks to people in the U.K. and around the world, saying he and his wife Camilla, the queen consort, have been ‘moved beyond measure’ by the large numbers of people who have turned out to pay their respects to the queen.

‘As we all prepare to say our last farewell, I wanted simply to take this opportunity to say thank you to all those countless people who have been such a support and comfort to my family and myself in this time of grief,’ he said.

Following the funeral in the medieval abbey where Elizabeth was married and crowned, her coffin – ringed by units of the armed forces in dress uniforms and members of her family – will be brought through the capital’s streets to Wellington Arch near Hyde Park.

There, it will be placed in a hearse to be driven to Windsor Castle – where Elizabeth spent much of her time – for another procession before a committal service in St. George’s Chapel. She will be laid to rest with her late husband, Prince Philip, at a private family service.

U.S. President Joe Biden was among leaders to pay their respects at the queen’s coffin on Sunday as thousands of police, hundreds of British troops and an army of officials made final preparations for the funeral.

Biden called Queen Elizabeth II ‘decent’ and ‘honorable’ and ‘all about service’ as he signed the condolence book, saying his heart went out to the royal family. 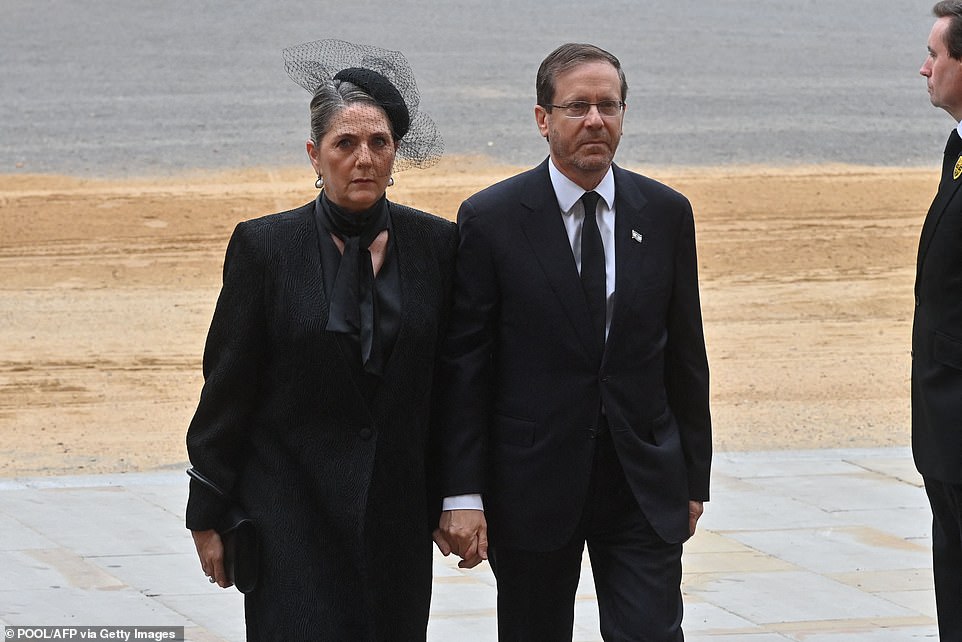 Mourners started arriving to take their seats about three hours ahead of the ceremony, and Biden entered the Abbey about an hour before it began.

People across Britain paused for a minute of silence at 8 p.m. Sunday in memory of the only monarch most have ever known. At Westminster Hall, the constant stream of mourners paused for 60 seconds as people observed the minute of reflection in deep silence.

In Windsor, rain began to fall as the crowd fell silent for the moment of reflection. Some camped overnight outside the castle in order to reserve the best spots to view the queen’s coffin.

Jilly Fitzgerald, who was in Windsor, said there was a sense of community among the mourners as they prepared to wait hours to see procession carrying the queen’s coffin.

‘It’s good to be with all the people who are all feeling the same. It’s like a big family because everyone feels that . the queen was part of their family,’ she said.