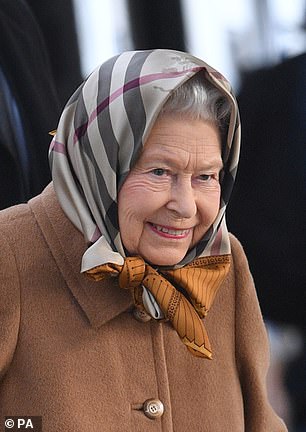 Her Majesty the Queen, seen here at Norfolk train station on her way to Sandringham for Christmas, has sent a message of good wishes to the people of Lockerbie

The Queen will send her ‘prayers and good wishes’ to the people of Lockerbie today as they gather to remember those killed 30 years ago.

Wreaths will be laid in the town where the wreckage of the bombed Pan Am Flight 103 came down on the night of December 21, 1988.

Eleven people died in Lockerbie, along with the 259 passengers and crew on board the New York-bound plane which had set off from Heathrow.

The majority of those on the flight were American citizens, including 35 students of Syracuse University in New York State.

The Lord Lieutenant of Dumfries, Fiona Armstrong, will deliver a message from the Monarch during the memorial.

It will say; ‘Please convey my warm thanks to the people of Dumfriesshire for their kind message, sent on the occasion of their Remembrance Service to commemorate the 30th anniversary of the Lockerbie bombing, which is being held today. 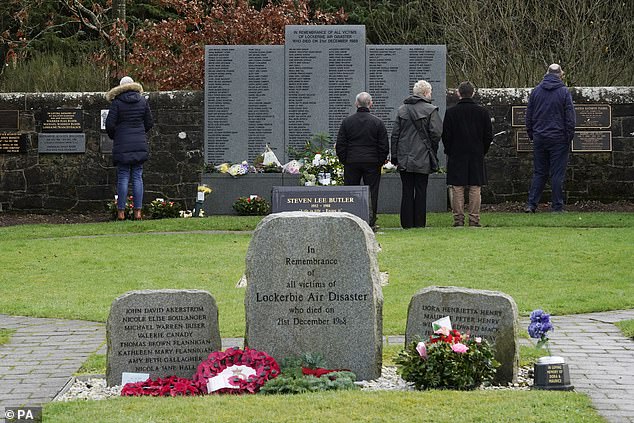 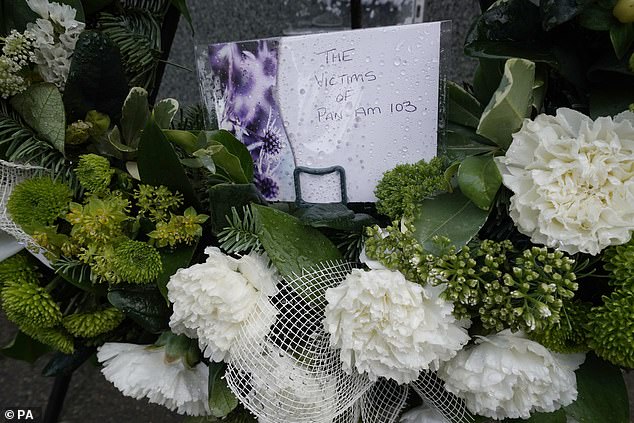 ‘I send my prayers and good wishes to all those who will be marking this solemn anniversary.’

Mr Mundell said it had taken only a few seconds for Lockerbie to go from a small, quiet town to the centre of global attention.

Speaking ahead of the service, the MP for Dumfriesshire, Clydesdale and Tweeddale said: ‘It has not been easy, nor have we been able to achieve the closure we would have wanted, even after 30 years.

‘However, throughout, the people in Lockerbie have retained their dignity and stoicism, and offered friendship and support to those who lost loved ones.

‘The relationship that has developed between Lockerbie Academy and Syracuse University is one of the few positives to come from that night, along with all the other personal relationships that have been forged. 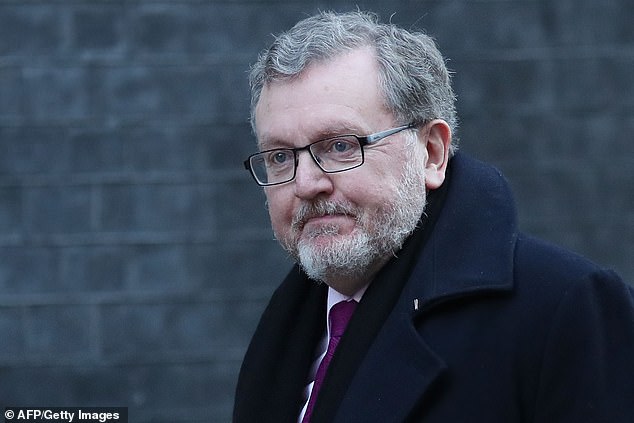 Scottish Secretary David Mundell  (pictured) said:  ‘Throughout, the people in Lockerbie have retained their dignity and stoicism, and offered friendship and support to those who lost loved ones’

‘Strengthening and deepening those relationships must be our priority as we look to the future.’

‘People in Lockerbie and the surrounding area opened their hearts to those who had lost loved ones.’

The Lord Advocate, James Wolffe, QC, will also attend the service. Mr Wolffe said: ‘Long after the terrible events that unfolded at Lockerbie on December 21, 1988, the devastating consequences are still being felt by families here in Scotland, in the United States of America, and around the world.’

He pledged: ‘Scotland’s prosecution service will continue to pursue the investigation into this terrible crime.’

The parish priest at the time of Lockerbie air disaster has called for ‘the whole truth’ to be known over the tragedy.

Canon Pat Keegans will tell a memorial mass at Holy Trinity Roman Catholic Church: ‘You are not just a distant memory. You are not from the past. You are precious people who live on in our hearts, for that is where your names are truly engraved.

‘Some say that you have received justice. I am not at all convinced. What I can promise is that we will not close the book on the story of your lives, for the last chapter is still to be written.

The majority of those on board the jet were American citizens, including 35 students of Syracuse University in New York State.

A memorial will be held at the university, and around 500 people are expected to gather at Arlington National Cemetery in Virginia where a cairn made from Lockerbie stone stands in memory of those who died.