What would you do? Quick-thinking driver has a brilliant way of dealing with a queue-jumper at car wash

This is the hilarious moment a a quick-thinking driver thinks of a brilliant way to deal with a queue-jumper at a car wash.

John Mousicos, 47, is frustrated when visiting a Tesco petrol station in Crediton, Devon, and a motorist in a Jeep skips the queue.

Dash cam footage captures the driver of the Jeep parking at the front of the line and getting out his car to buy a ticket, stopping others who waited patiently from using the car wash. 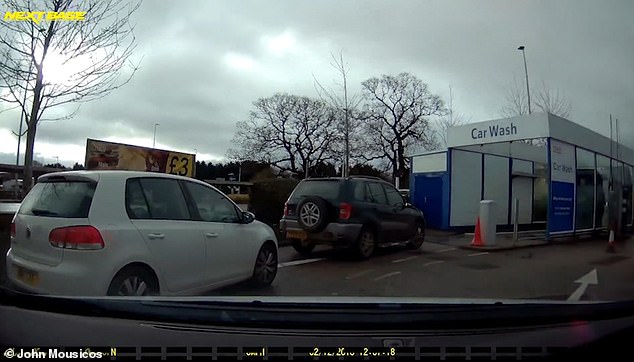 A driver of a Jeep parked at the front of the line and got out his car to buy a ticket in a Tesco petrol station in Crediton, Devon

Irritated with the queue jumper, Mr Mousicos decides to take quick action to teach the queue-jumper a lesson.

He drives in front of the car wash and then reverses his vehicle into place and enters his ticket as the jets spring into action and start to clean his car.

Mr Mousicos told Sun Online: ‘I was mildly annoyed and thought it would be funny to teach him a lesson, to learn to wait his turn like everyone else.

When asked about the reaction to his move, Mr Mousicos said that the Jeep driver did not try to challenge his decision as he knew what he had done was wrong.

He said: ‘He didn’t approach me or even react towards me. I think he knew he’d done wrong. 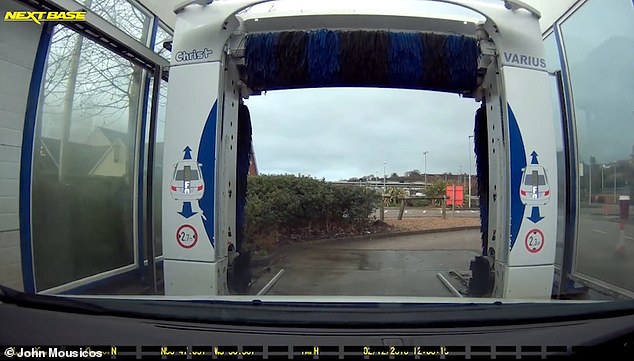 ‘I smiled and waved goodbye as I left but he wasn’t happy.’

Many users praised his quick-thinking actions, however some criticised his decision.

One user wrote: ‘So you don’t like it he jumped the queue, yet you did it to the white car in front of you.’

Another user wrote: ‘When the 4×4 got there, there was no queue, so I don’t see a problem. But then you skip the queue – if he had driven in and hit you, that would be on you.’ 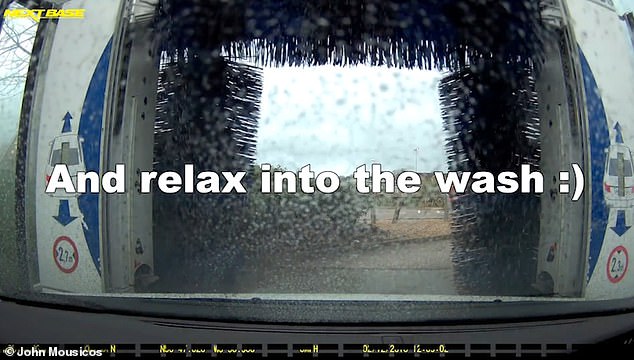