Racist pensioner, 73, who called Coral betting shop cashier a ‘n****r’ and told her ‘when Brexit comes you’ll be gone’ because she took too long to pay out his £200 winnings is spared jail

A racist pensioner who told a betting shop cashier ‘when Brexit comes you’ll be gone’ because she took too long to hand over his winnings has avoided jail.

Keogh lashed out at the shop employee on August 30 last year because he thought she was taking too long, Croydon Magistrates’ Court heard today.

Jacqui Hughes, prosecuting, said: ‘On August 30 last year, at about 9.30pm, Anneka Davis was working in Coral bookmakers in Peckham. He came into the bookmakers to claim some winnings.

‘He became impatient when she wouldn’t give him the money and said ‘When Brexit comes you will be gone’.

‘She asked him what he meant by that and asked him to leave. As she was holding the door open, he walked up to her and called her a ‘f**ing n****r’.

Keogh then approached Ms Davis with clenched fists, causing her to fear for her safety. She told him: ‘If you hit me, there will be a problem’.

Ms Davis told the court the incident had affected her so badly she had to be signed off from work with stress for five days. 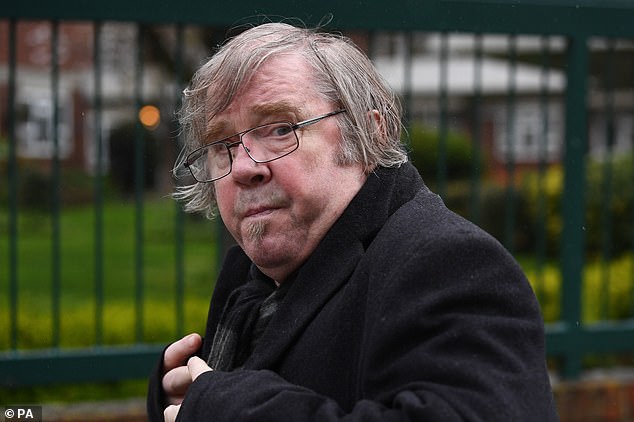 ‘Due to the comment made by the gentleman in question I questioned whether I belonged in this country as a black person,’ she said in a statement.

‘Due to the climate with everything that is going on with Brexit I felt I was questioning myself and whether I belonged. I was born in this country and lived here all my life.’

Magistrate chair Douglas Hunt said: ‘This is a serious offence. People should be able to go to their place of work without fear of being abused in any way.

‘It is a very serious matter, it has had an impact on this young lady far beyond just that incident. We also note that although it was a time ago, you had a previous conviction for a racially aggravated matter.’

Keogh, who appeared in court in a beige jacket, checked shirt and grey trousers was allowed to sit outside the dock because he is hard of hearing.

He glared at Ms Davis and shook his head at her as he stepped out of court. 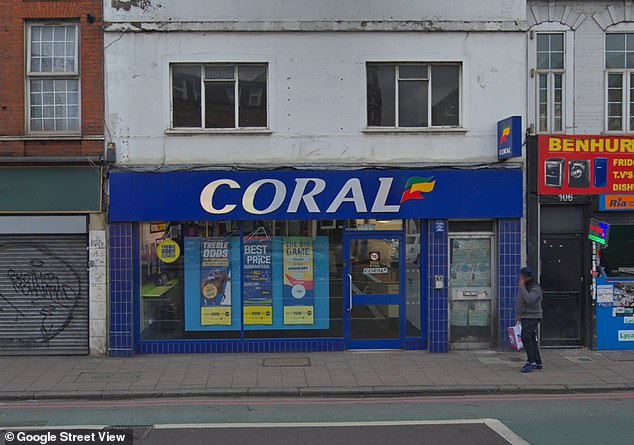 Keogh is accused of racially-aggravated harassment at this Coral in Peckham, South London

Teriq Al-Mallak, defending, said: ‘This is a man who doesn’t go out of his way to get into trouble. He has stayed out of trouble for the first 54 years of his life.

‘He said things changed when he had a car accident in 1998 that left him hospitalised for about three months.

‘Because of the events of the day in question his health has deteriorated, as a result of the trial date coming.

‘He didn’t set out that day to cause any harm and he is sorry for any harm that he might have caused.’

He was given a 12 month community order, ordered to pay £350 in costs and £250 compensation to Ms Davis, in £50 per month instalments.

In addition, he was excluded from the betting shop for 12 months.

A Texas man can’t be with his wife during her chemotherapy treatment due to COVID-19 restrictions, but he’s finding another way to be there for…