Remainer alliance goes on the attack: Opposition parties plot to bind Boris Johnson during Tory conference by bringing forward deadline for him to beg Brussels for Brexit extension to SATURDAY

The ‘Remainer alliance’ will hold talks today as they plot to bind Boris Johnson’s hands even tighter on Brexit.

Labour, the SNP, the Lib Dems and other smaller parties will meet in Westminster as they step up their attack on the embattled PM.

The gathering – as the Tories stage their conference in Manchester – could deliver another blow to Mr Johnson by launching a bid to make him beg for an extension from the EU by Saturday.

The idea, being pushed by Lib Dem leader Jo Swinson, would mean amending rebel legislation that currently obliges the premier to seek a delay if there is no agreement in place by October 19.

However, it is unclear whether other parties will be on board with the change. One Remainer MP told MailOnline there was little appetite to ‘mess’ with the law.

Ministers are on standby to travel back to London if an attempt is made to topple the PM by triggering a confidence vote.

They fear Speaker John Bercow will allow MPs free rein to try to hobble Mr Johnson’s efforts to get an EU deal in the hope of eventually cancelling Brexit altogether.

Under one proposal under consideration, MPs could even change the law to allow the Commons Speaker to stand in for the Prime Minister and request another Brexit delay from Brussels. 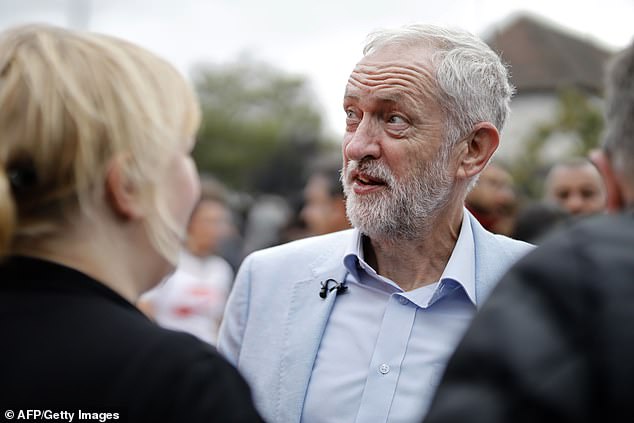 Jeremy Corbyn (pictured in Chingford last week), the SNP, the Lib Dems and other smaller parties will meet in Westminster as they step up their attack on the embattled PM 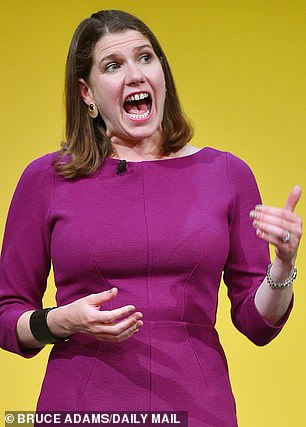 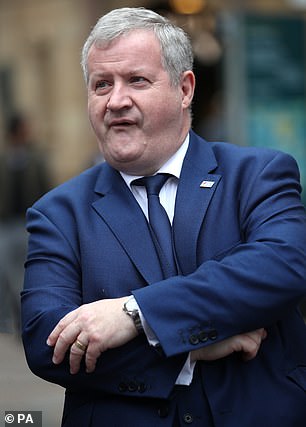 Commons Leader Jacob Rees-Mogg yesterday savaged Mr Bercow, saying his recent conduct had ‘damaged the standing of the House of Commons in the eyes of the British public to the lowest point in modern history’.

Reports also suggested the group of Remainers will discuss changing the law to bring forward the date when the Prime Minister has to ask Brussels to extend Article 50.

It is claimed they fear the current deadline – October 19 – does not leave enough time to stop a No Deal Brexit in the courts by the end of the month if the Tory leader refuses to ask for an extension.

The Daily Telegraph reported that some Liberal Democrat MPs want the deadline brought forward to October 5.

But last night the prospect of a formal vote of no-confidence appeared to be fading as members of the so-called Remain Alliance squabbled over who should replace Mr Johnson if he is ousted. The row came as:

The SNP’s Westminster leader Ian Blackford called on the opposition parties yesterday to unite and bring down the Government this week to install a caretaker prime minister who would delay Brexit and avoid a No Deal departure at the end of next month.

He said it was not enough to ‘sit back and hope Boris Johnson doesn’t allow us to crash out without a deal’, adding: ‘We do not believe Johnson is going to extend Article 50 – and we won’t risk time running out.’

But the Lib Dems warned they would only back a vote of no-confidence if Jeremy Corbyn stepped aside and allowed a less divisive figure, such as Labour grandee Dame Margaret Beckett, to take charge of a so-called ‘government of national unity’.

The Labour Party appeared to be getting cold feet about trying to bring down the Government this week. Education spokesman Angela Rayner told the BBC’s Andrew Marr Show that Labour would not support a vote until after a new law kicked in next month requiring Mr Johnson to seek another Brexit delay. She added: ‘We want to make sure we get No Deal off the table before we do anything else.’

The Lib Dems and independent MPs have made it clear they will not install Mr Corbyn at No 10 and are pushing for a compromise candidate.

Mr Rees-Mogg condemned the plot as a ‘Remoaner coup’. And Mr Johnson mocked the plotters, who went to the Supreme Court to secure their right to hold the Government to account on Brexit but now seem unsure what to do.

Commenting on last week’s toxic proceedings in the Commons, he said yesterday: ‘Parliament made a huge effort to come back early to debate Brexit. Fine.

‘But did you actually hear anything in those debates which advanced the store of human knowledge about Brexit? Absolutely not.’ Pressed on the threat of a no-confidence vote, he said the Government had already offered to set aside parliamentary time for a vote to trigger an election, only for Mr Corbyn to refuse.

If pro-Remain MPs pull back from a formal vote of no confidence they will consider alternatives to unsettle the PM during the Tory conference, with Plaid Cymru pushing for formal impeachment proceedings against Mr Johnson. 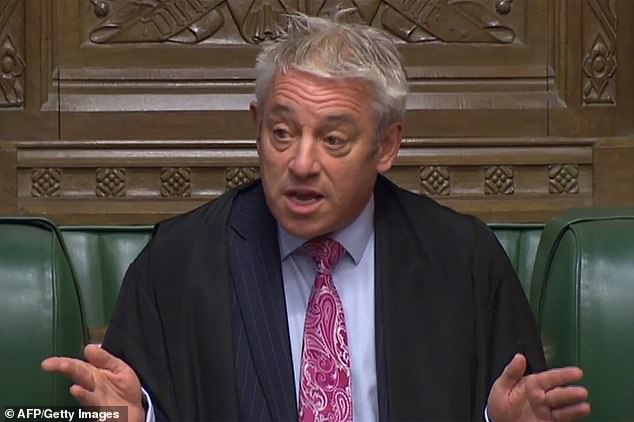