BREST, Belarus (Reuters) – Soldiers in Belarus have unearthed the bones of hundreds of people shot during World War Two from a mass grave discovered at the site of a ghetto where Jews lived under the Nazis. 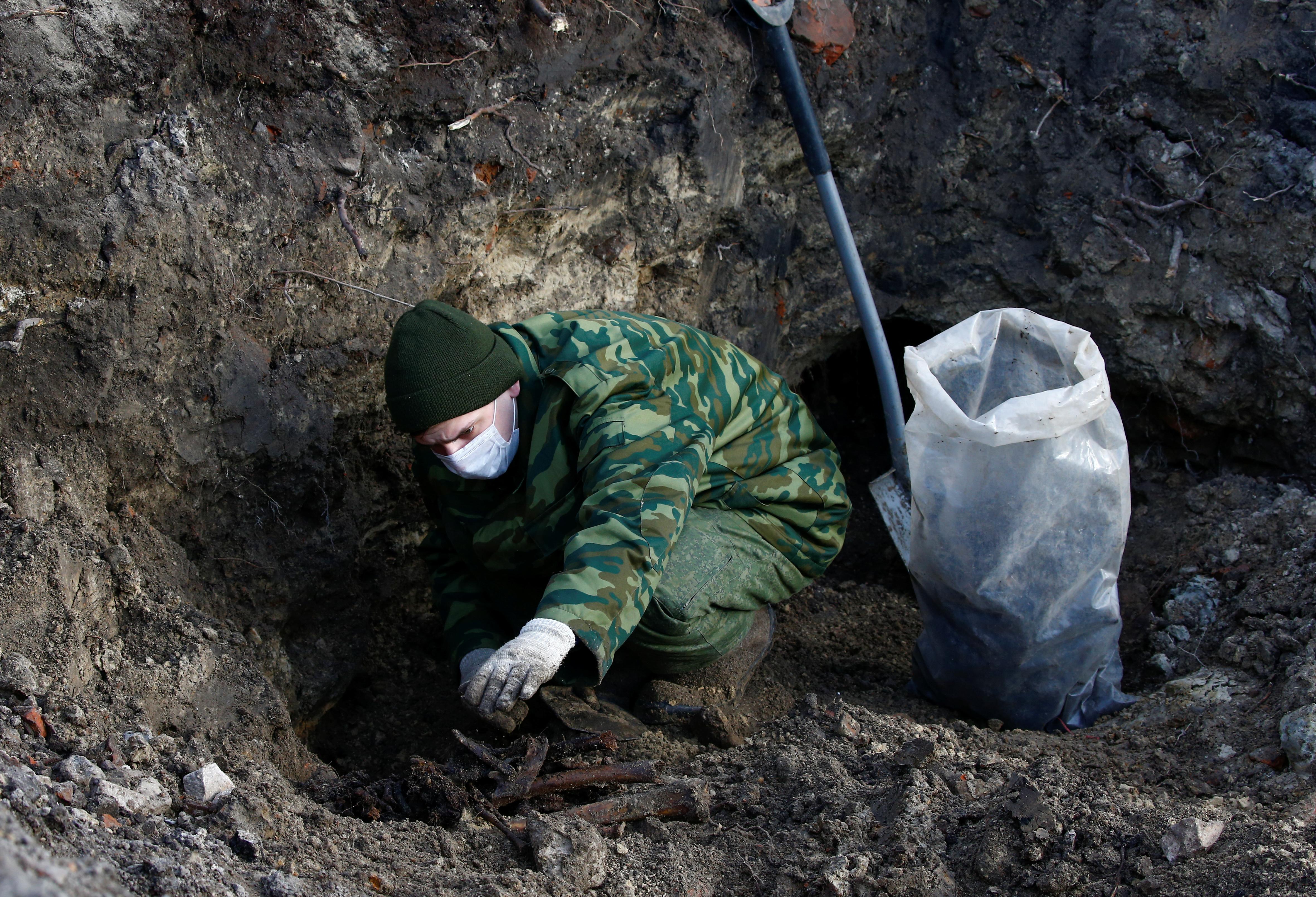 The grave was uncovered by chance last month on a construction site in a residential area in the center of Brest near the Polish border.

Soldiers wearing white masks on Tuesday sifted through the site with spades, trowels and their gloved hands to collect the bones. They also found items such as leather shoes that had not rotted.

Dmitry Kaminsky, a soldier leading the unit, said they had exhumed 730 bodies so far, but could not be sure how many more would be found.

“It’s possible they go further under the road. We have to cut open the tarmac road. Then we’ll know,” he said.

Some of the skulls bore bullet holes, he said, suggesting the victims had been executed by a shot to the back of the head.

Belarus, a former Soviet republic, was occupied by Nazi Germany during World War Two and tens of thousands of its Jews were killed by the Nazis.

The site of the mass grave served from December 1941 to October 1942 as part of a ghetto, areas created by the Nazis to segregate Jews and sometimes other minorities from other city dwellers. Brest was part of Poland before the war.

The remains were discovered when builders began to lay the foundations for an apartment block.

Local authorities want to bury the bodies in a ceremony at a cemetery in the north of the city.

“We want to be sure that there are no more mass graves here,” said Alla Kondak, a local culture official.