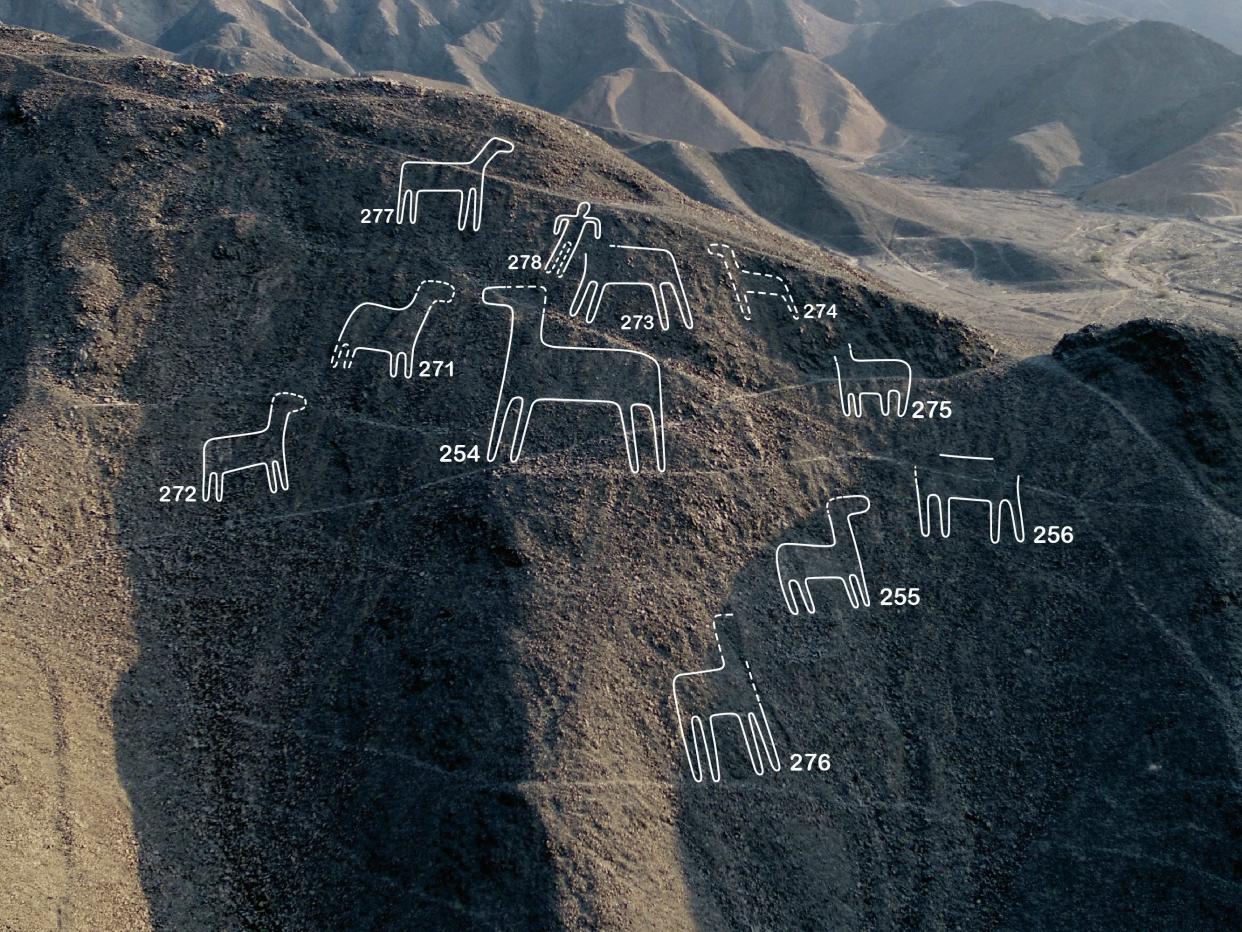 The massive, carved trenches — attributed by some to aliens — are the latest addition to over 800 straight lines, 300 geometric figures, and 70 animal and plant designs, which also called biomorphs, according to National Geographic. 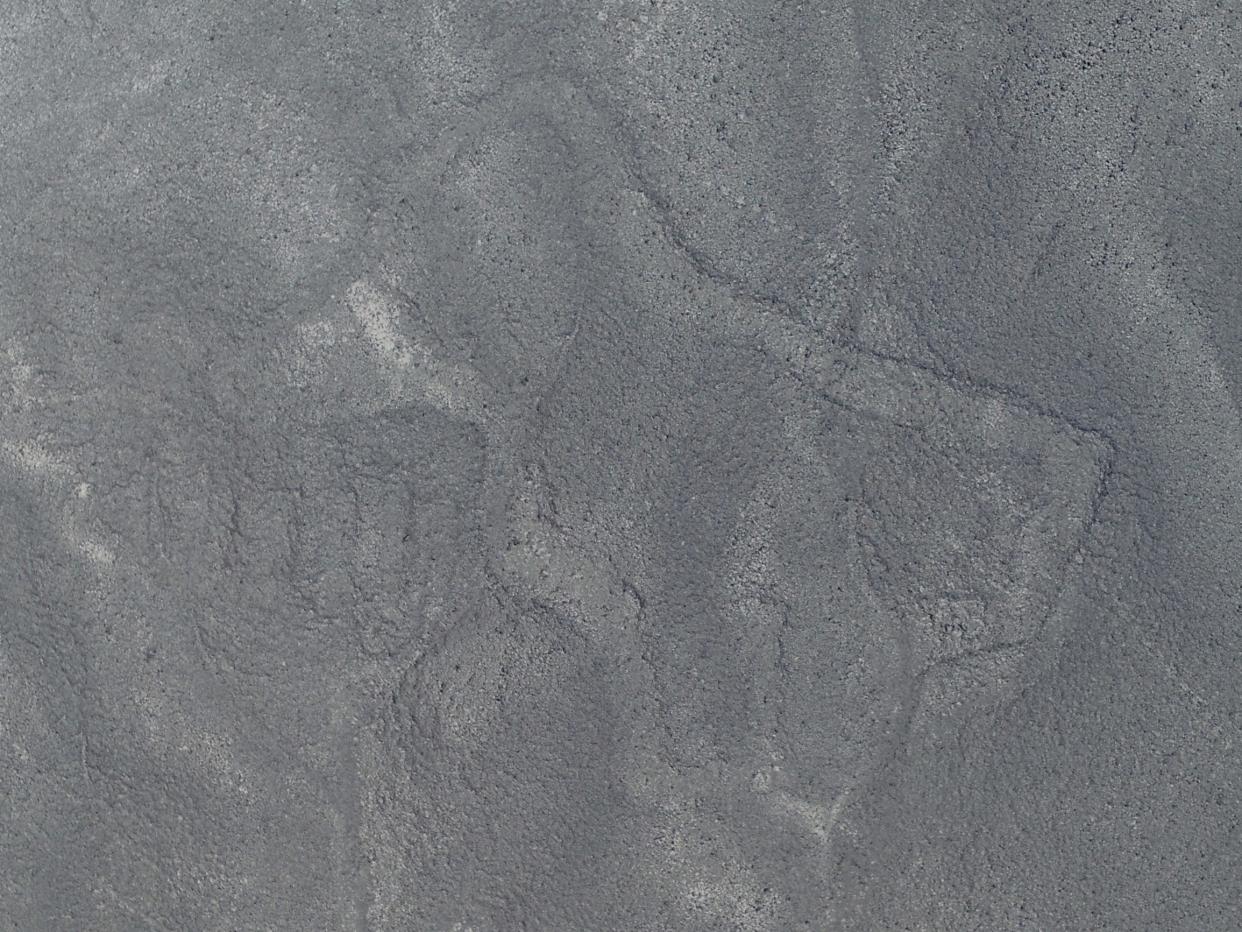 The recently discovered carved figures average between 6 and 19 feet in length and include the outlined figures of cats, snakes, killer whales, and alpacas, according to a statement released by Yamagata University, which led the research. Previously known lines measure as long as 1,200 feet.

Researchers from Yamagata University, who conducted the mapping with help from Peruvian archaeologists, estimate the geoglyphs date between 100 BCE and 300 CE — approximately 1,700 to 2,100 years ago. 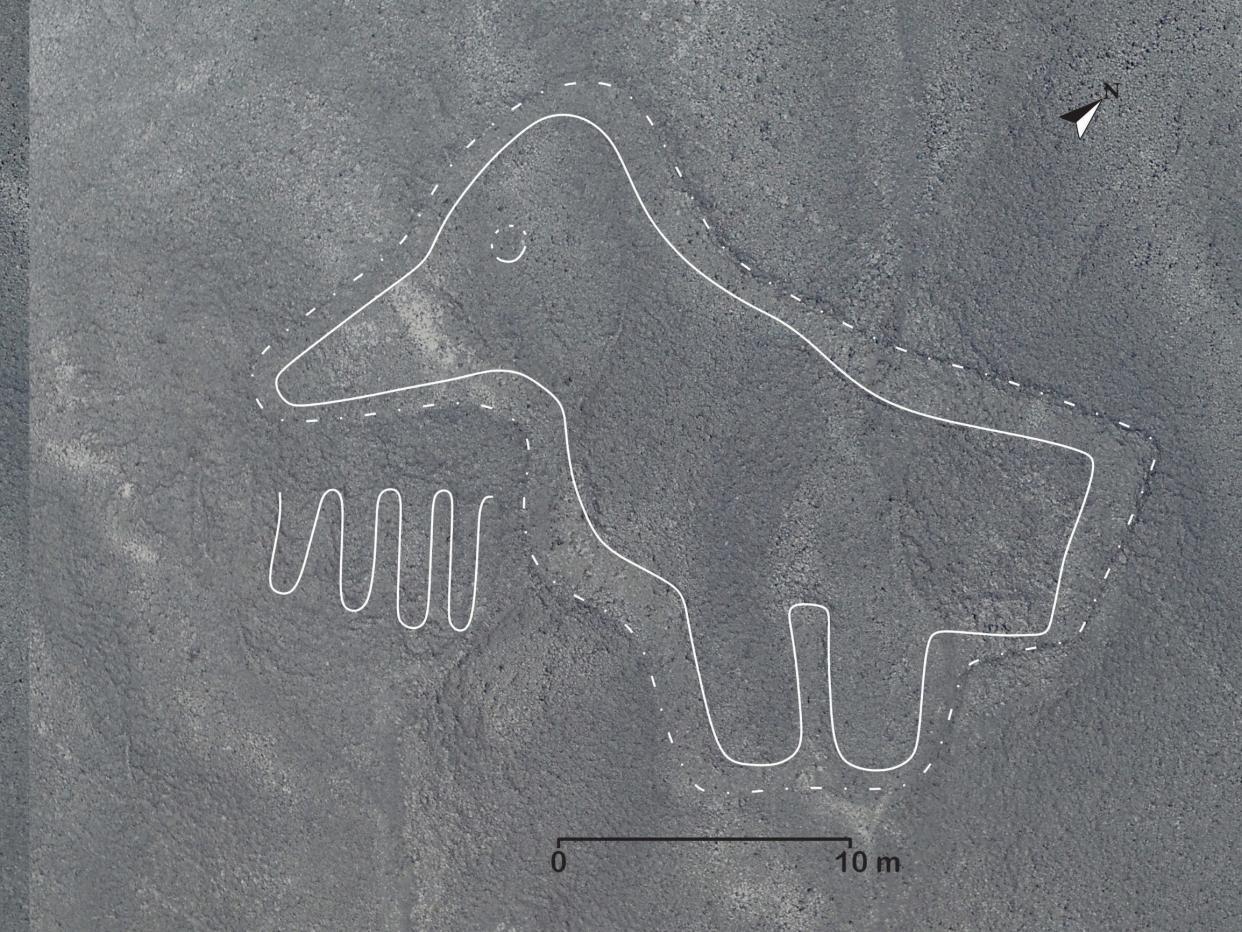 The AI-based study is an expansion of previous research the scholars have conducted, which revealed 142 additional Nazca formations — including images of birds, monkeys, fish, snakes, and foxes.

"The discovery of 41 geoglyphs in this area was previously announced by Yamagata University in 2014 and 2015, which led to the creation of an archaeological park in 2017 in collaboration with the Peruvian Ministry of Culture to protect them," read a statement from Yamagata University announcing the discovery. "With this discovery, a total of 77 geoglyphs are now known to be concentrated in this archaeological park.

Luis Jaime Castillo, a Peruvian archaeologist, told The Guardian that he suspects only 5% of all existing Nazca lines have so far been found. 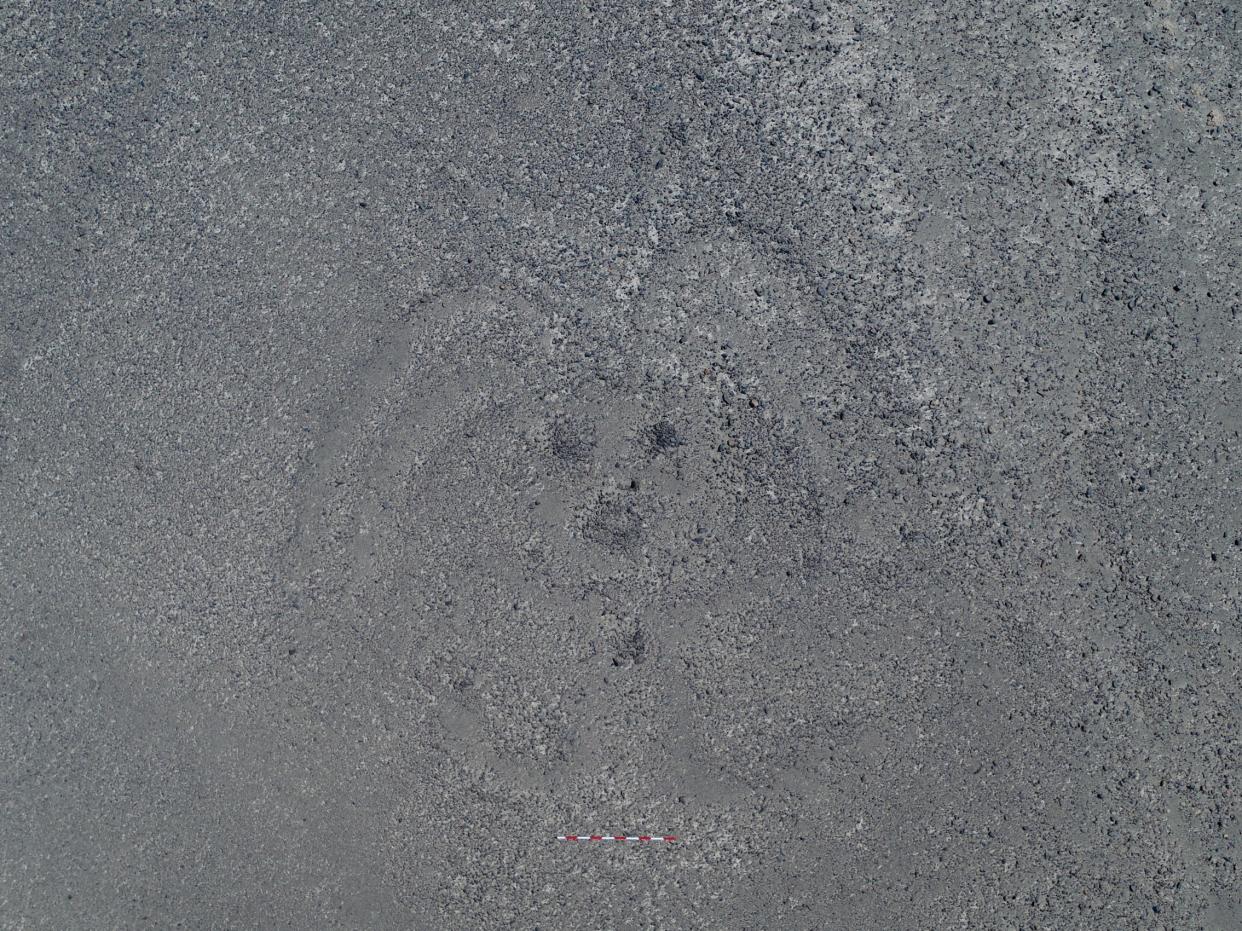 Though the reason for the creation of the Nazca lines remains unknown, some archaeologists believe the shapes held a sacred purpose or were early irrigation lines, while local guides believe the lines may relate to sources of water or maps of the region.

First formally studied in 1926, the exact methods used to create the lines, which are largely impossible to identify from ground level due to their size, also remain a mystery to researchers.

"These geoglyphs were created by removing black stones from the surface of the earth to expose a white sandy surface below," read the statement from Yamagata University, though it is unclear how the black stone was removed.

In pop culture, the mysterious figures have prompted questions about whether they were created by alien visitors or as landing strips for ancient astronauts — particularly because they're only recognizable from the air and human creators would have had no way of viewing their work with the limited technology of 2,000 years ago. 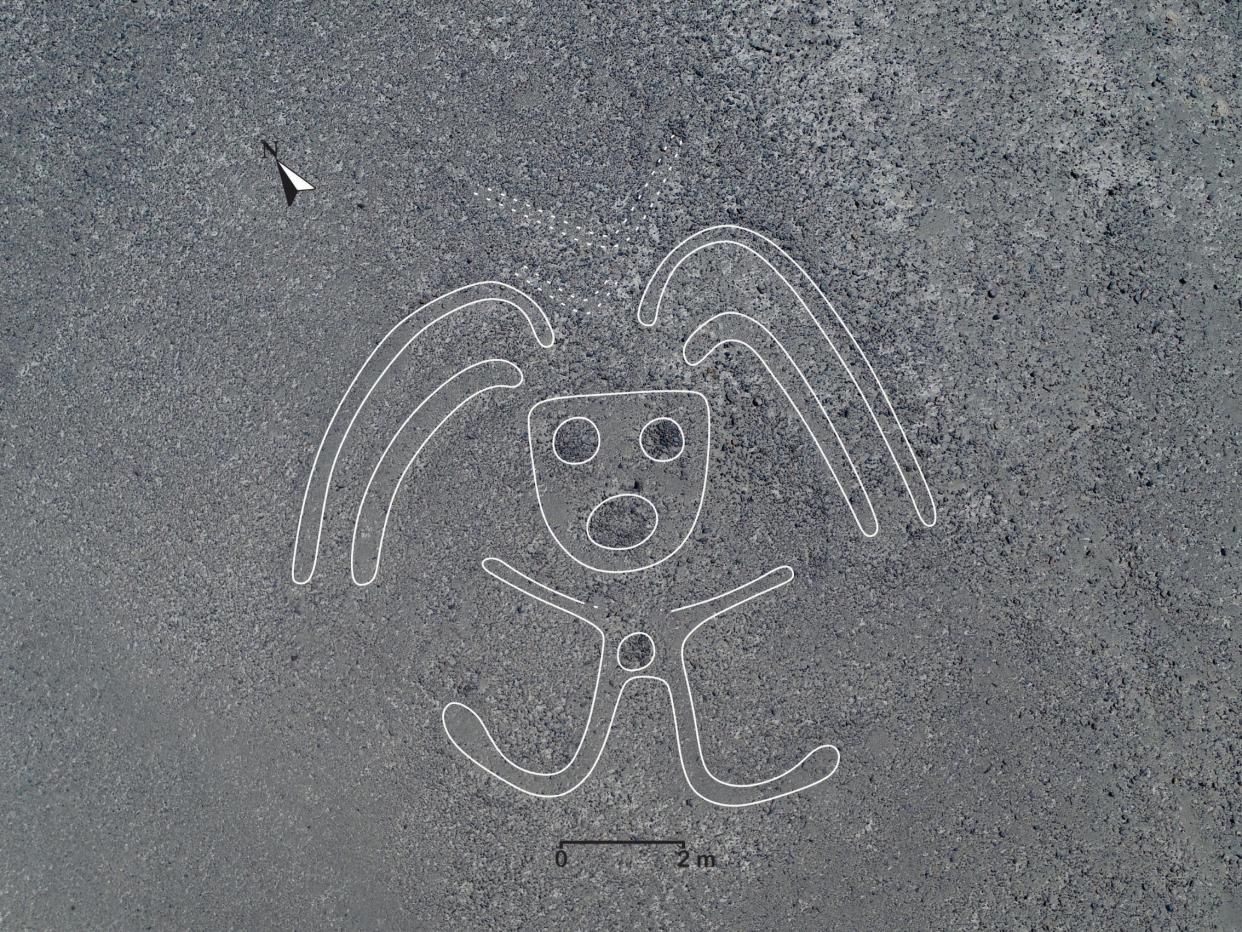 The ongoing geoglyph research seeks to reveal a pattern to the lines and has delineated boundaries for the UNESCO World Heritage site on Peru's southern coast, which Reuters reports is facing threats from urban and economic developments.

"Some geoglyphs are in danger of being destroyed due to the recent expansion of mining-related workshops in the archaeological park," Masato Sakai, a professor from Yamagata University who led the study, told Reuters.

Representatives of Yamagata University did not immediately respond to Insider's request for comment.