Praying for salvation in Wigan! Hordes of revellers dressed as monks, nuns and sexy Where’s Wallys hit the streets in a bizarre Boxing Night tradition

Scores of festive revellers descended upon the streets of Manchester to enjoy a night of heavy partying during the annual Boxing Day fancy dress parade in the town.

In a bid to continue the festive celebrations, hundreds of alcohol-fuelled party-goers donned their best Christmas fancy dress outfits as they hit the bars and clubs of Wigan.

Swapping a night in at home to brave the cold temperatures, the young revellers hit the city streets to enjoy the next installment of the festivities.

The bizarre tradition in the Lancashire town saw an array of eccentric looking characters from the terrifying Jigsaw from the Saw movies to three sombre looking red-cloaked handmaids inspired by the American drama The Handmaid’s Tale.

In another scene a young reveller was spotted striking a pose dressed as American actress Marilyn Monroe while another was seen dressed as the Riddler from Batman alongside two side-kicks dressed as prisoners from Guantanamo bay.

Crowds of party-goers dressed in fancy dress were also spotted queuing up to enter a number of bars and clubs in the town centre in celebration of the bizarre tradition. 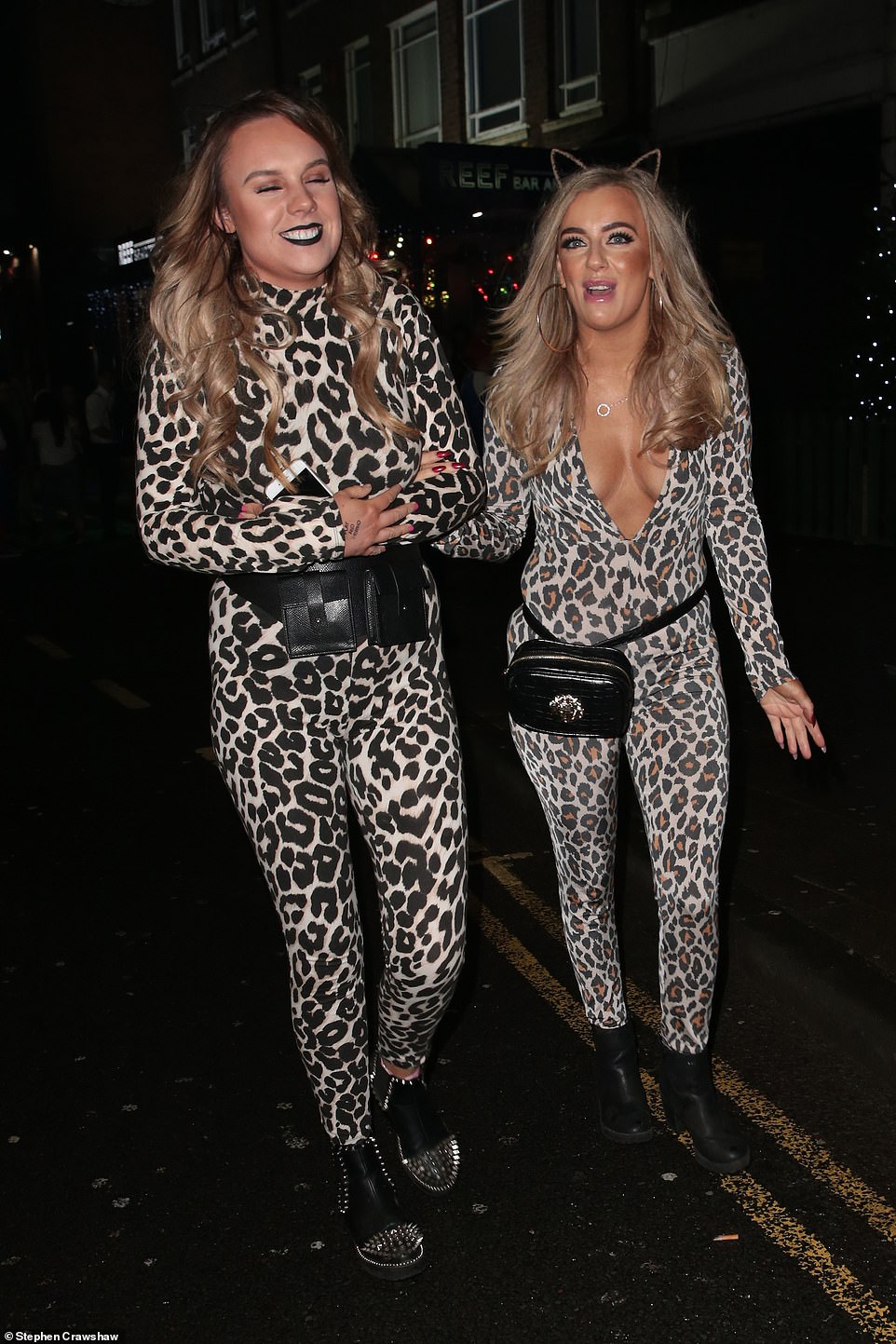 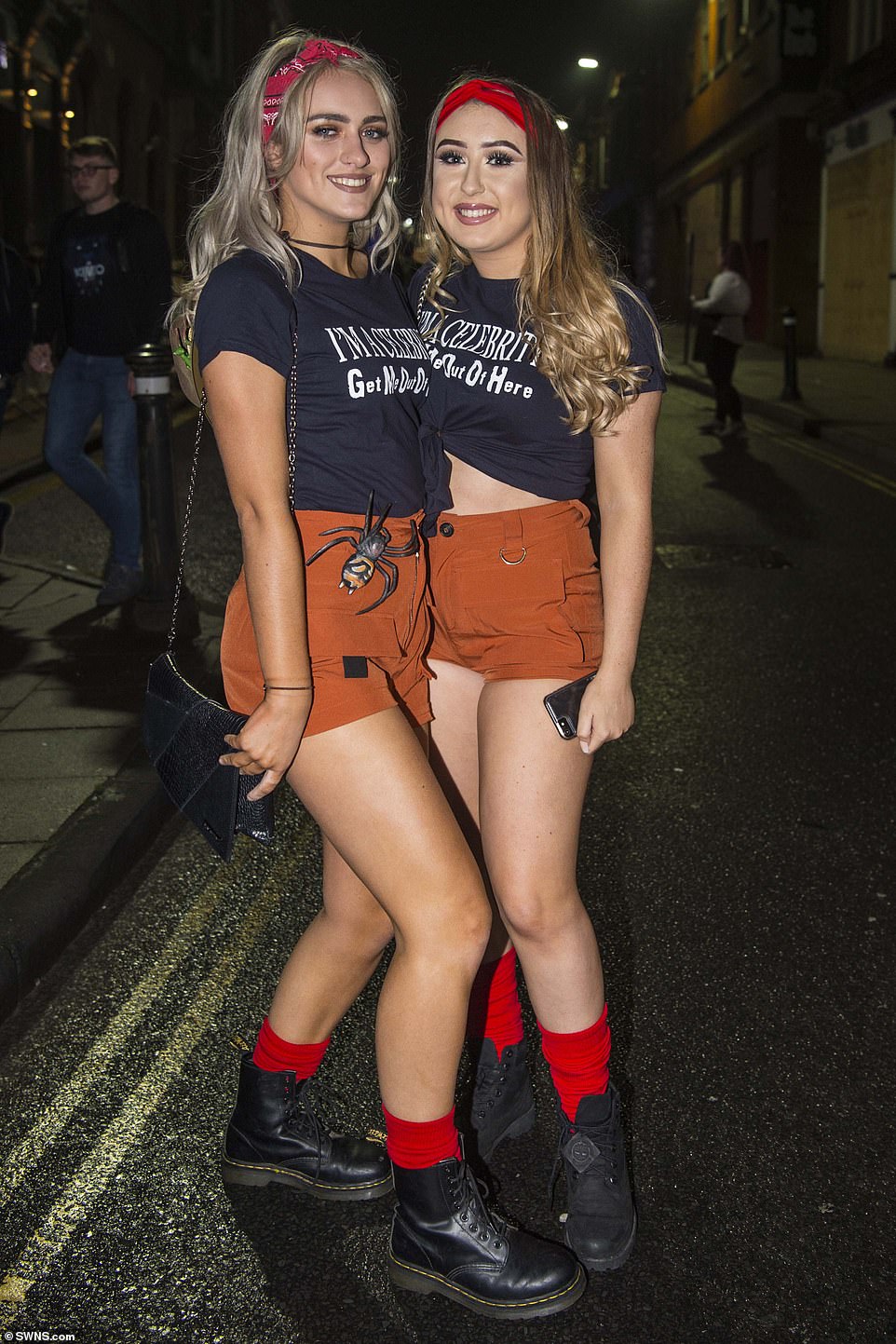 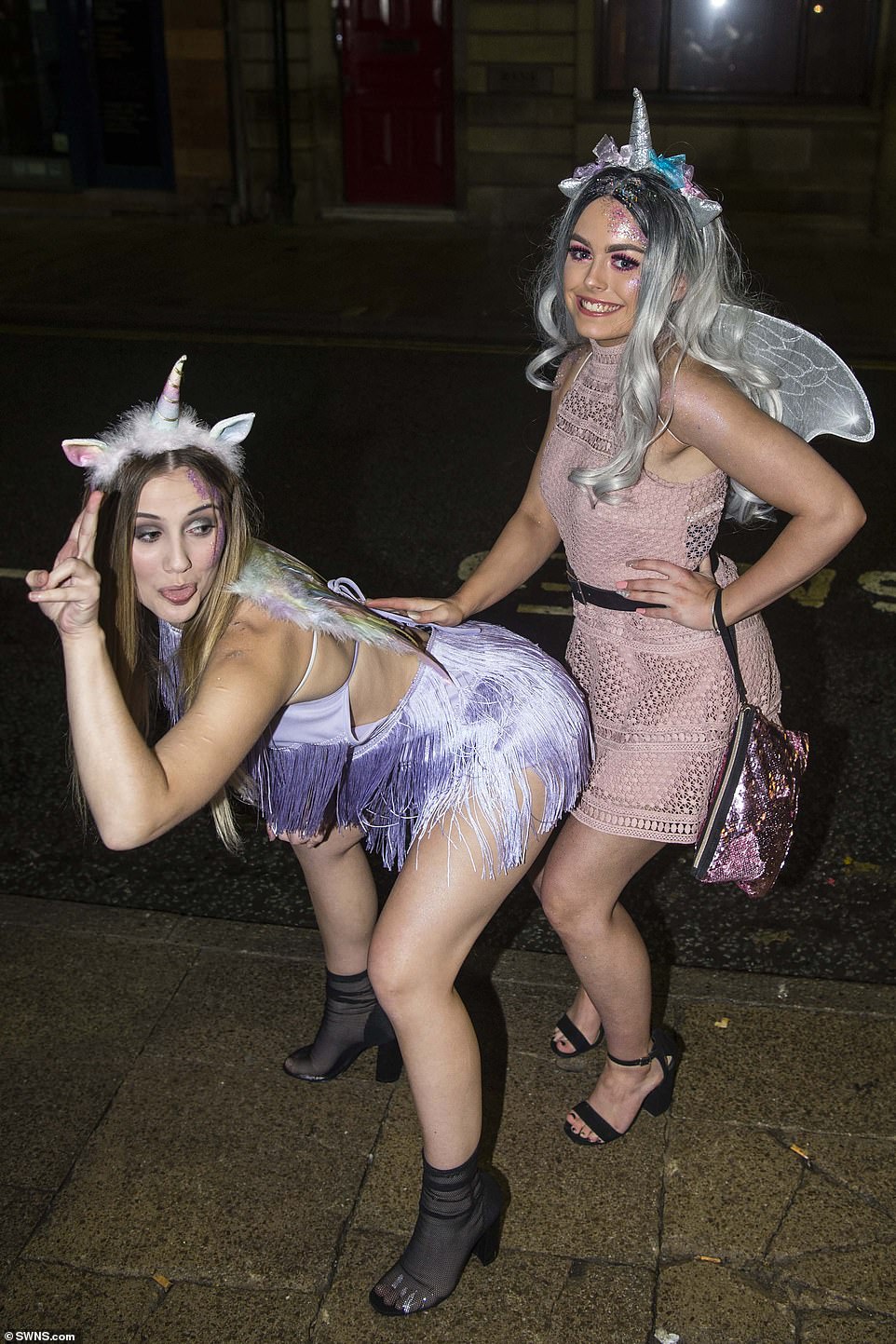 They may be in short supply for Brexiteers, but these two ladies tried to prove that unicorns do exist in Wigan 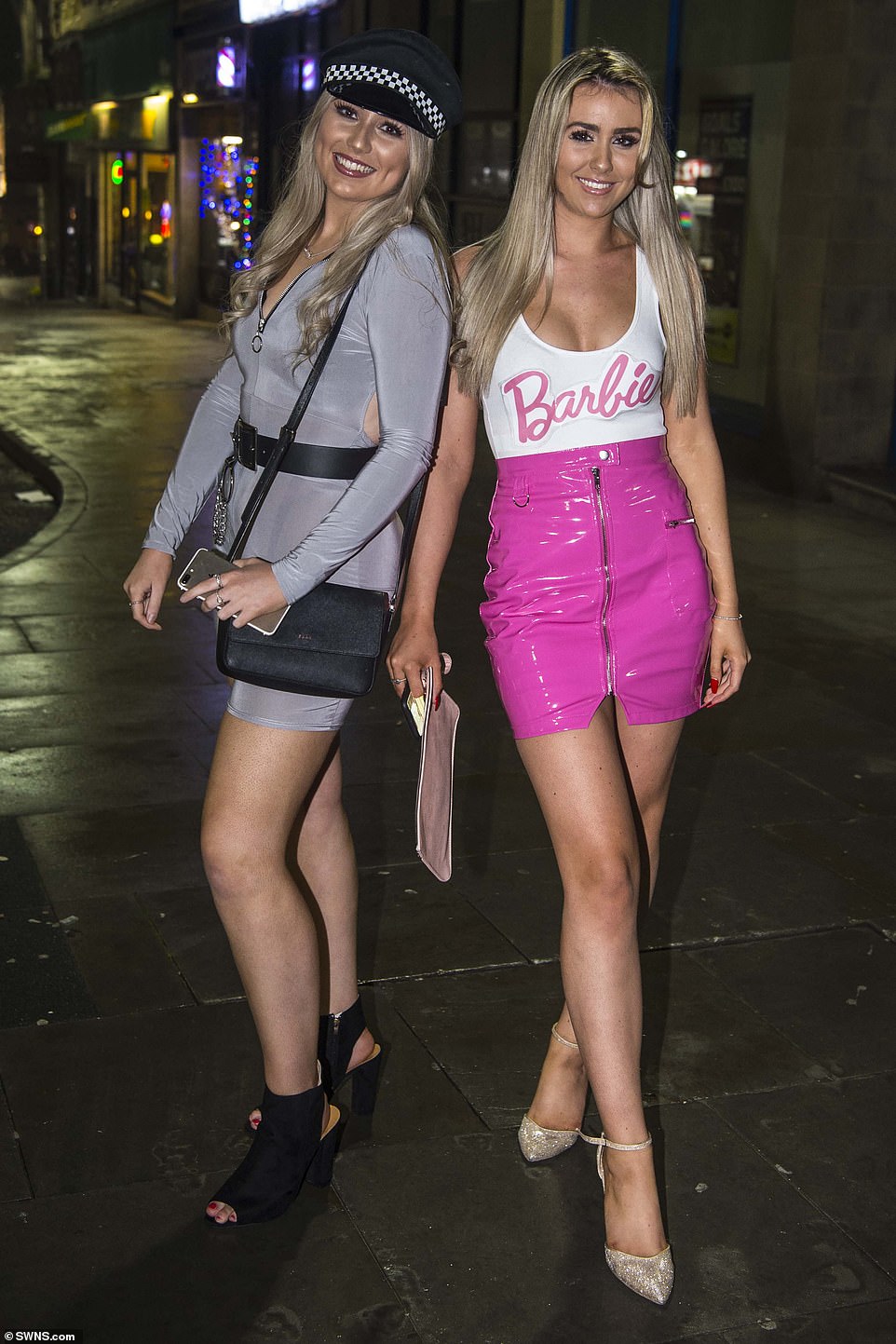 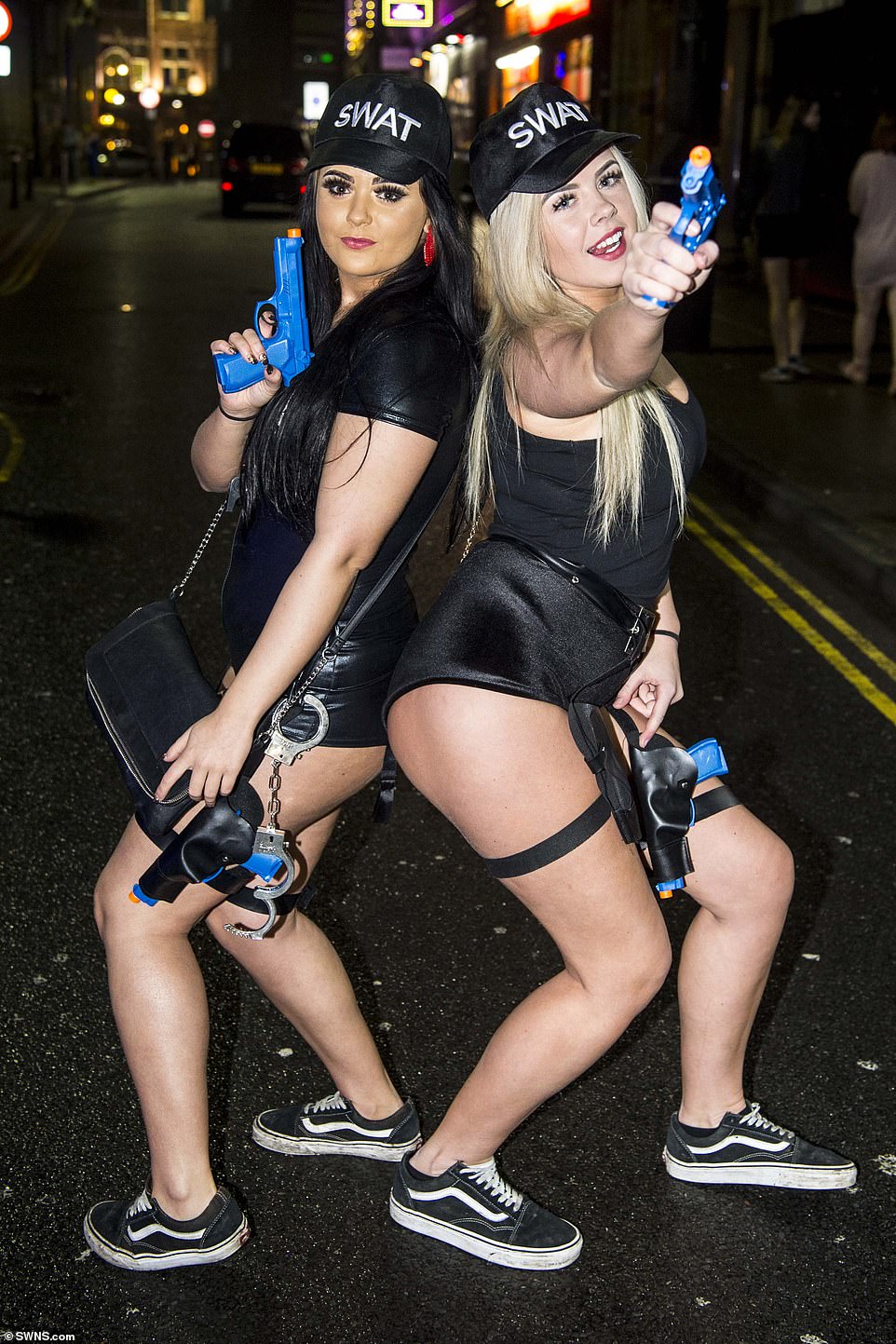 In other scenes, two revellers were spotted wearing SWAT costumes and holding toy guns as they celebrated Boxing Day in fancy dress 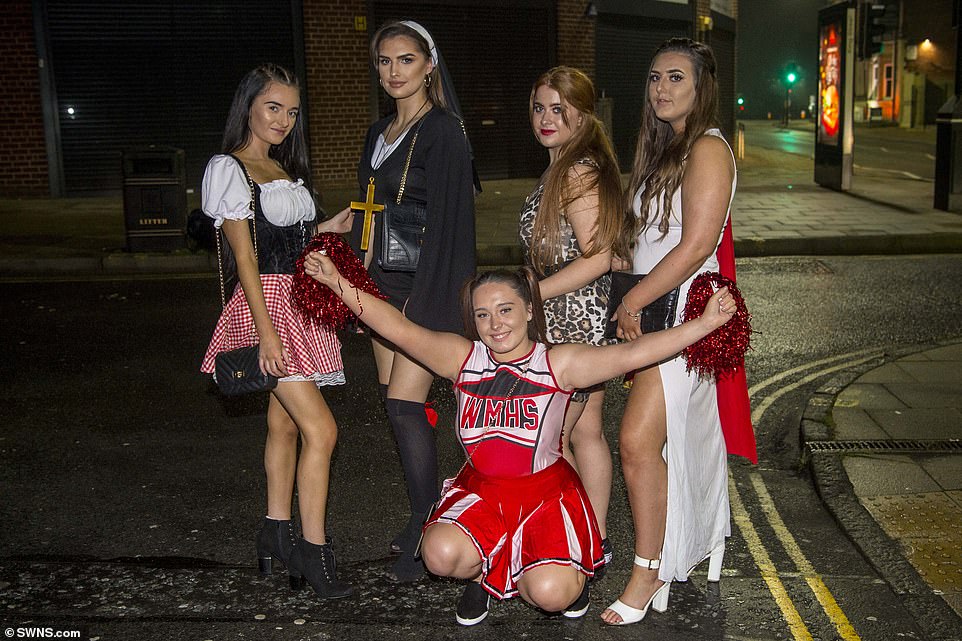 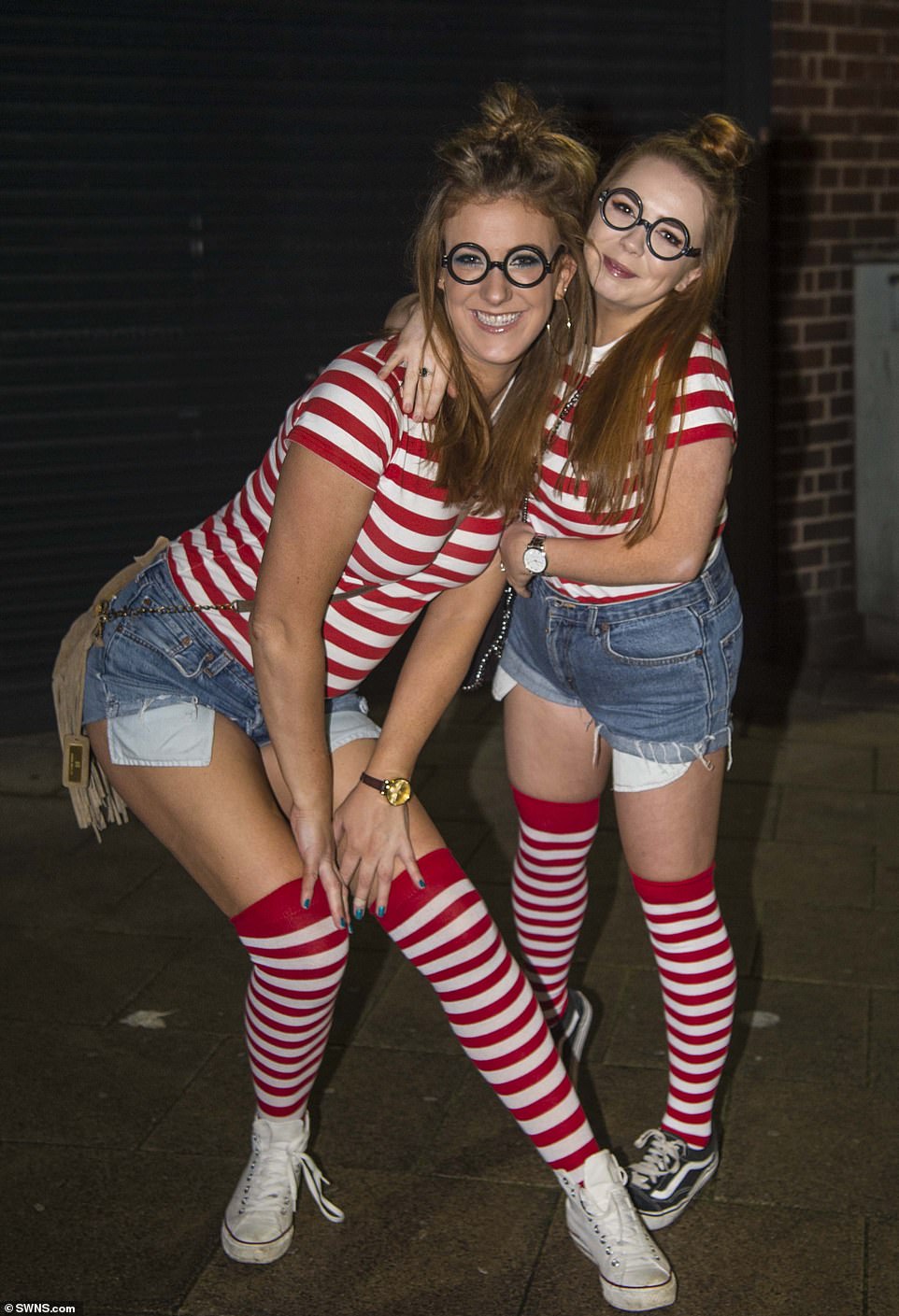 These two party-goers donned circular glasses and red and white stripes as they hit the town dressed as Wally from the popular children’s book Where’s Wally? 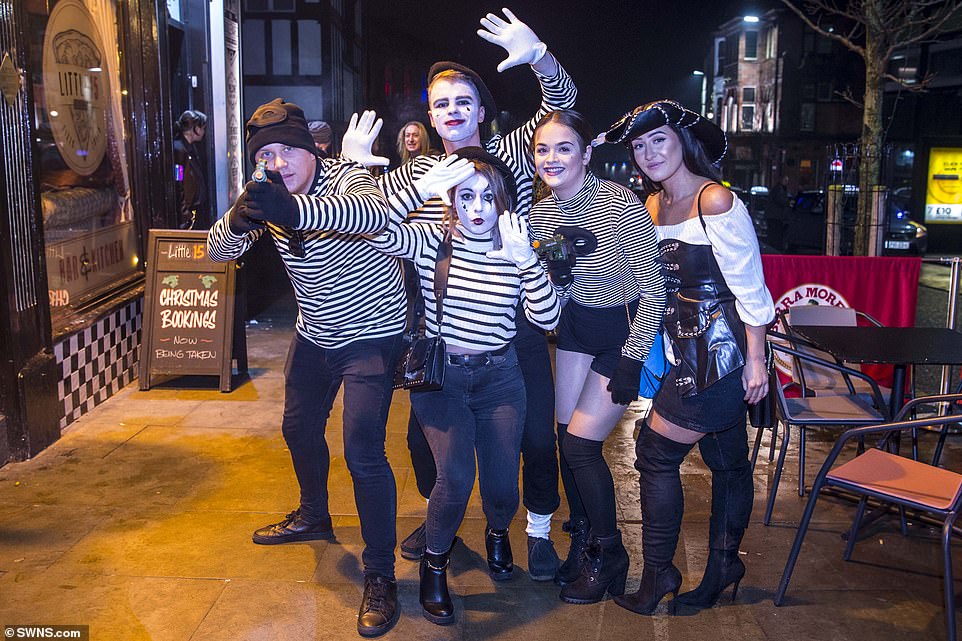 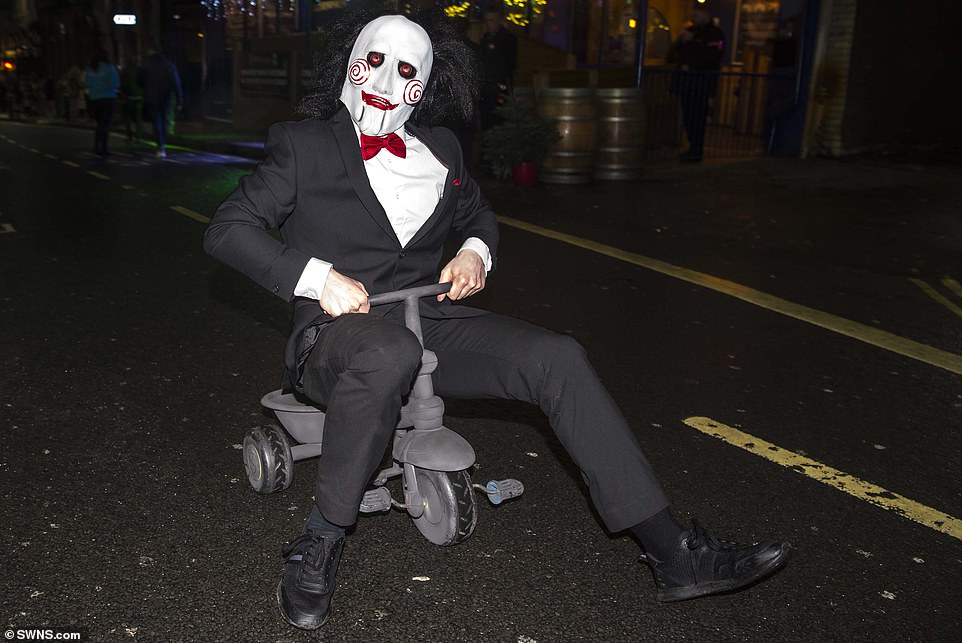 One sinister scene saw a party-goer, dressed as the villain Jigsaw from the Saw movies, ride a tricycle down the town centre

Swapping a night in at home to brave the cold night, one woman was spotted in a Marilyn Monroe costume while another cheerful woman was dressed as a penguin 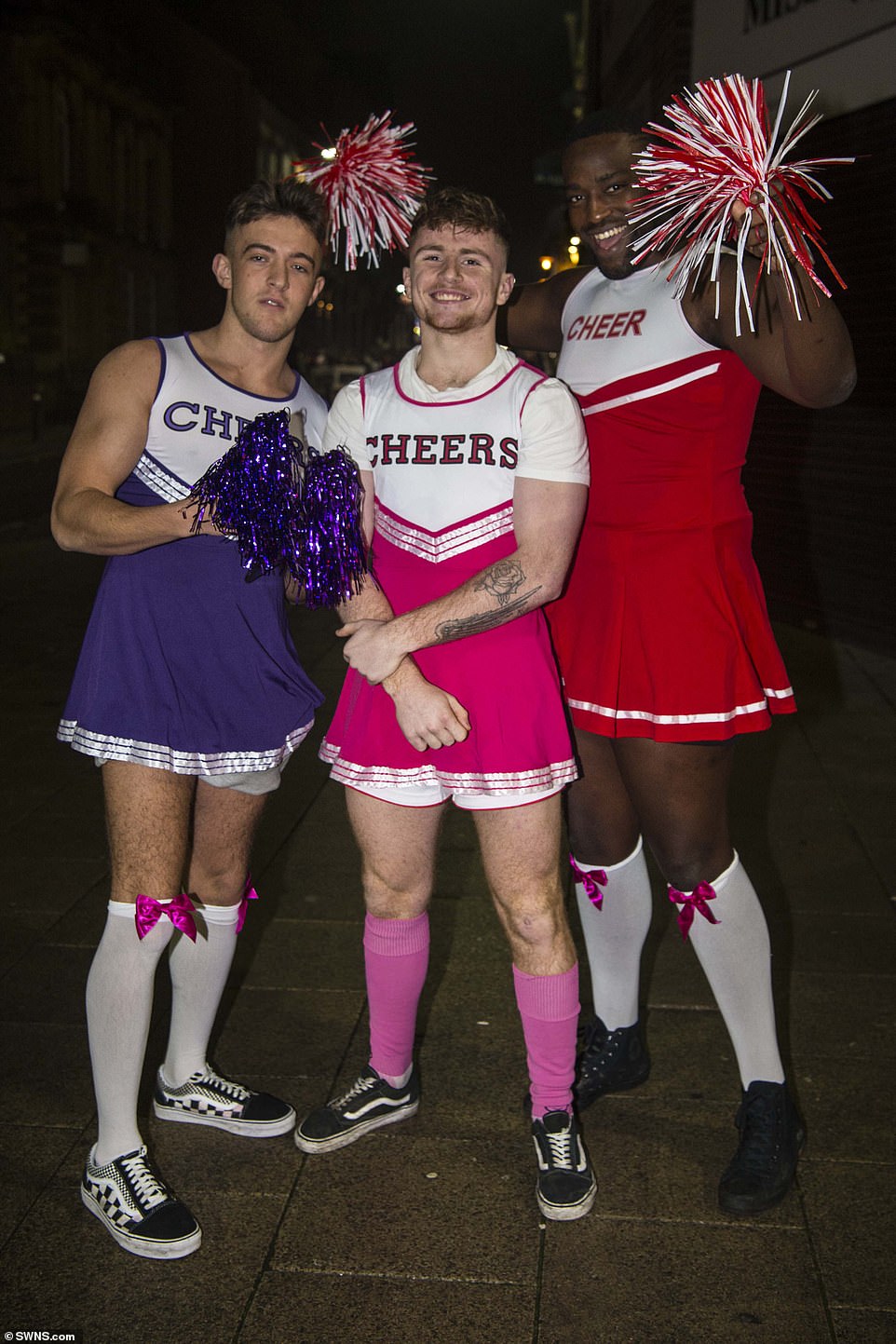 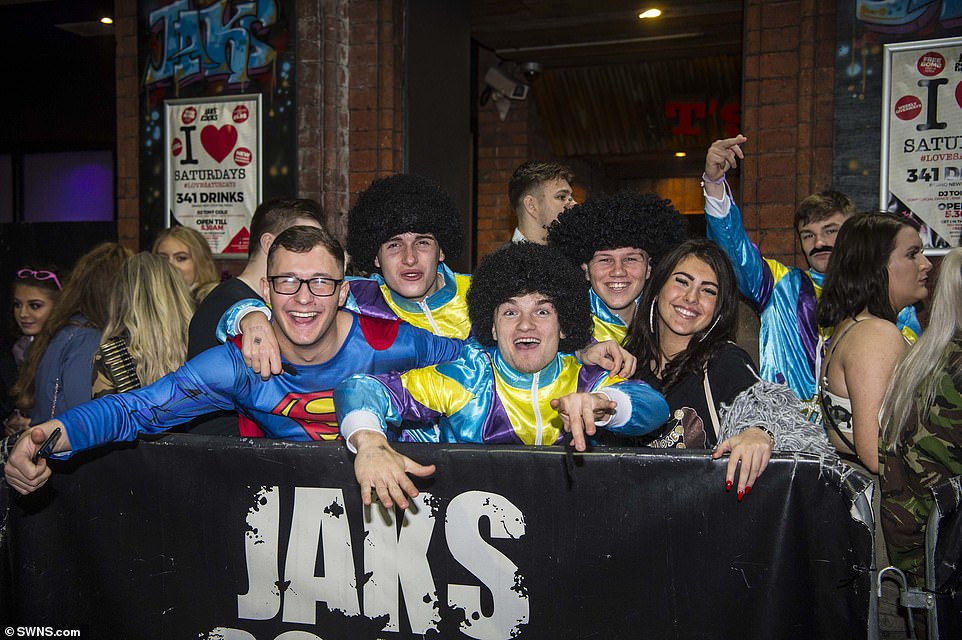 Scenes outside the Jaks nightclub in Wigan showed crowds of revellers. one dressed as superman, queuing up to show off their moves on the dance floor 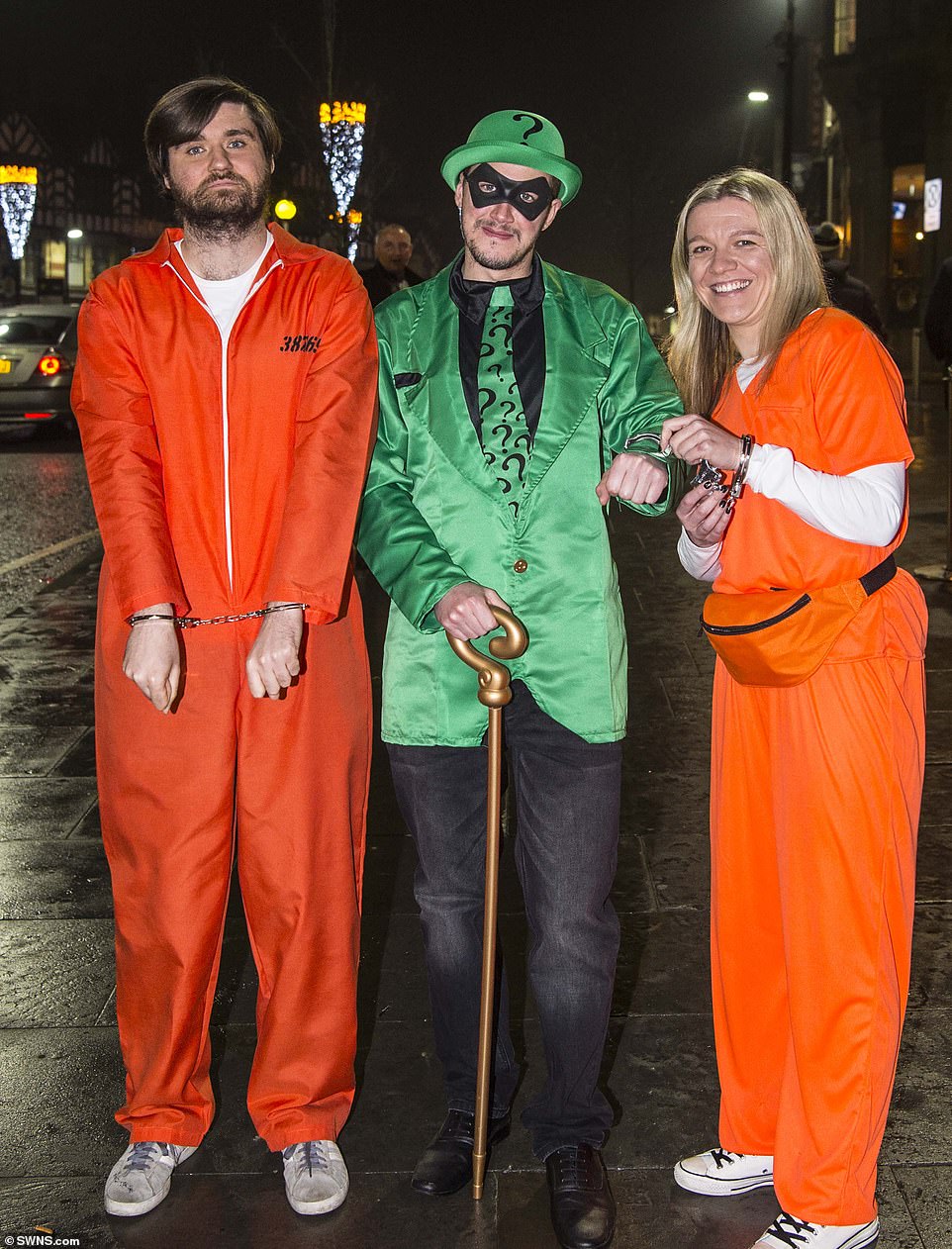 In another scene, one man was spotted dressed as the Riddler from Batman, while his two side-kicks donned guantanamo bay prisoner gear 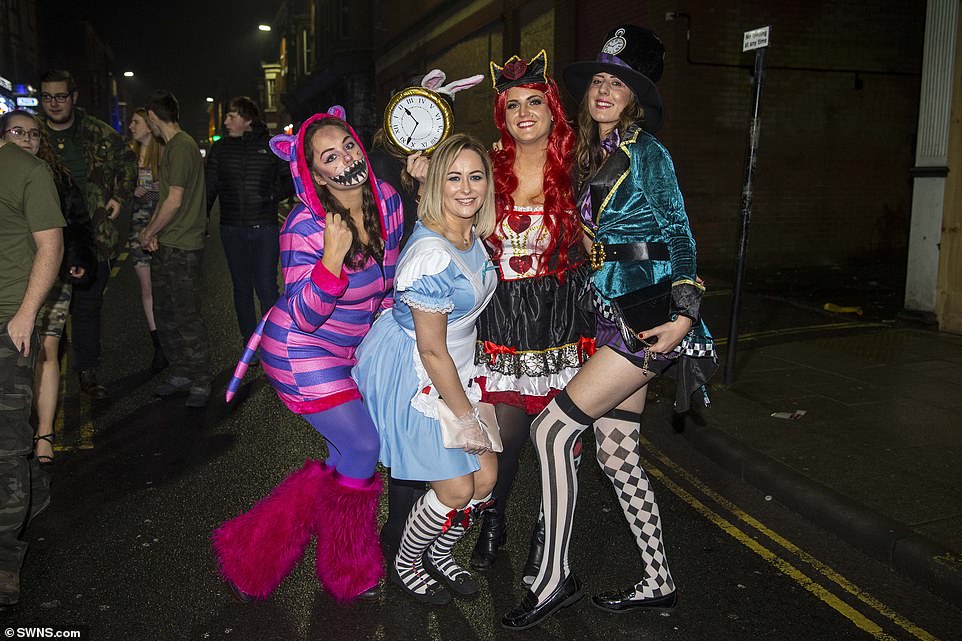 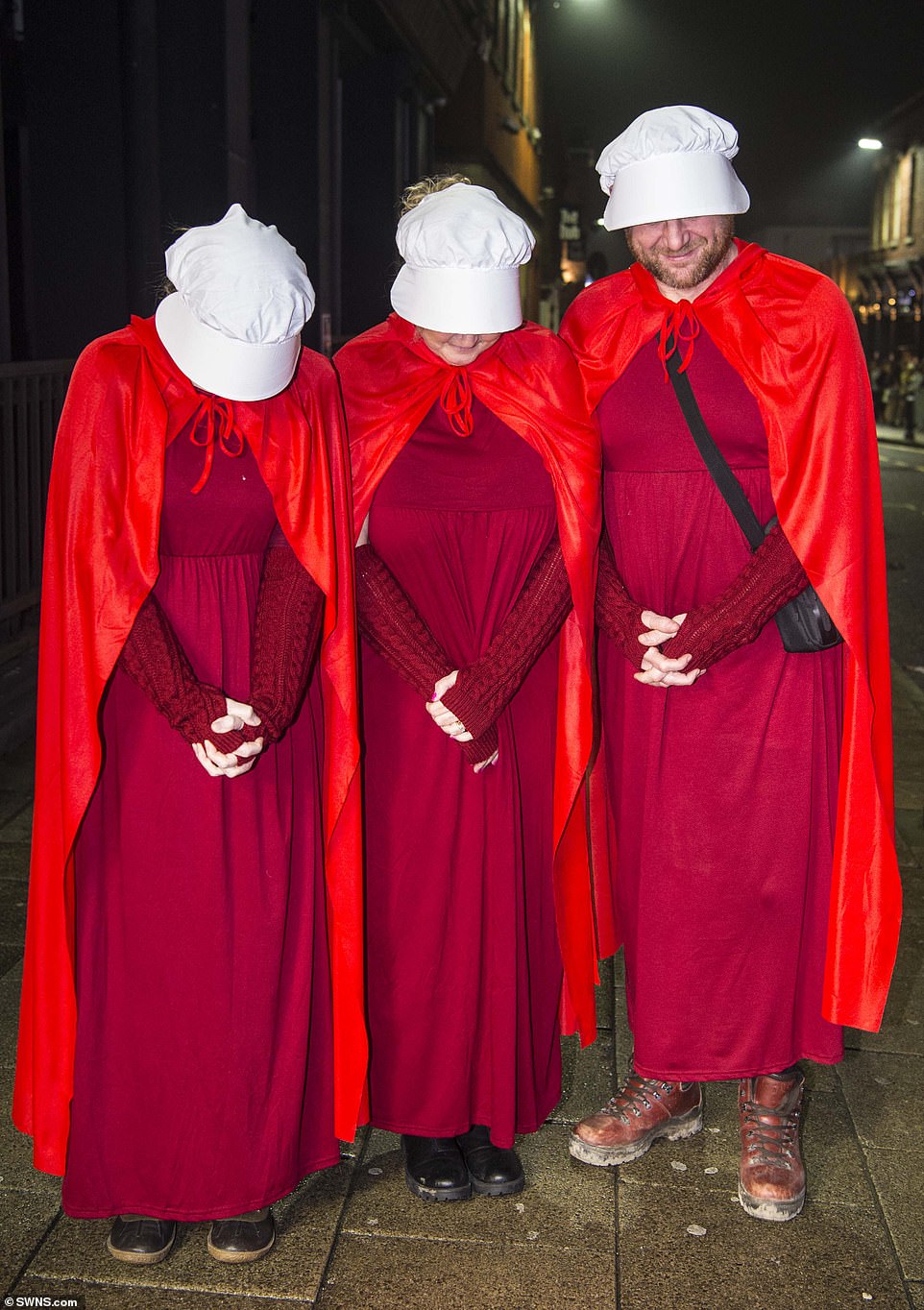 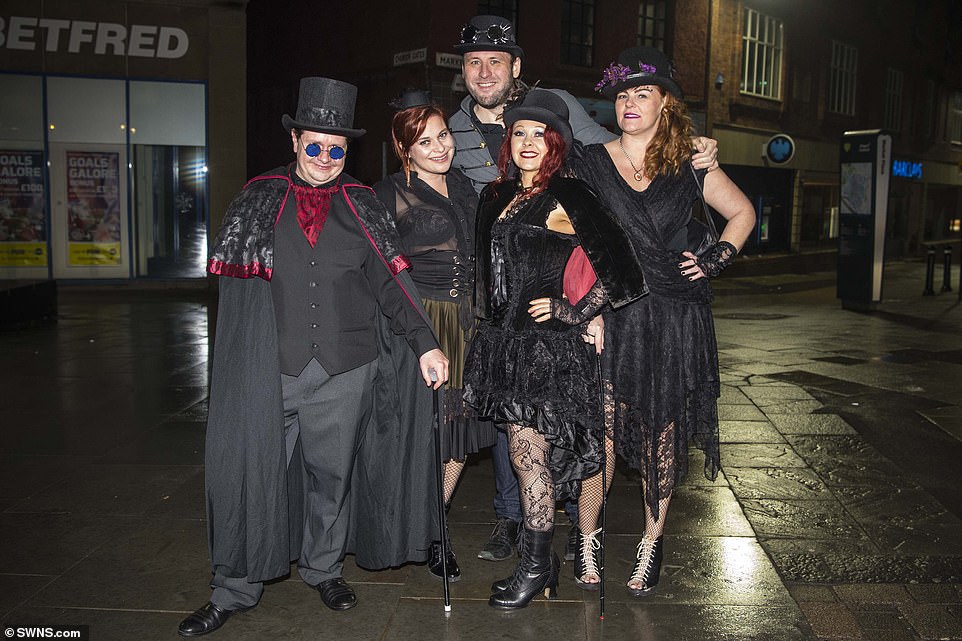 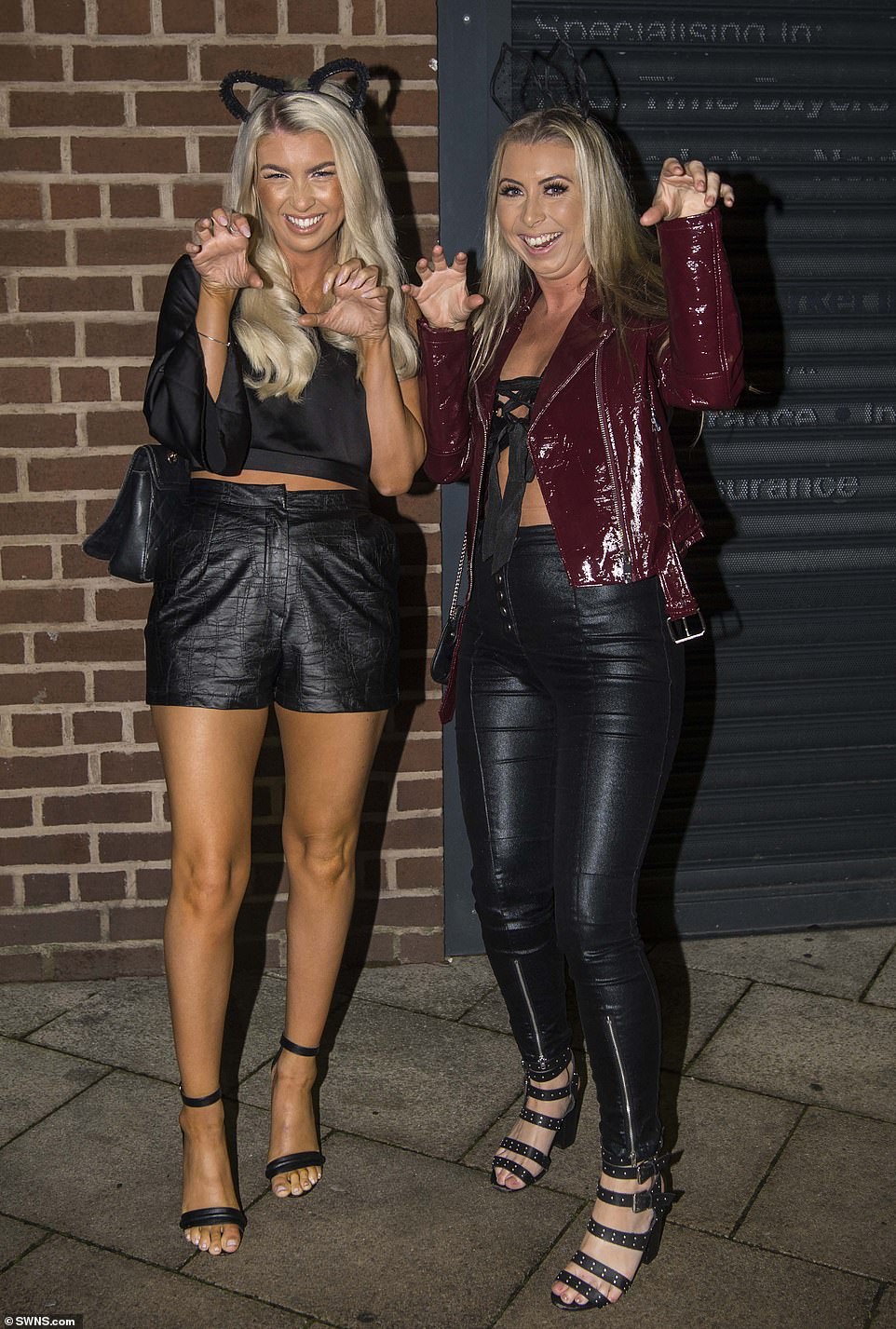 Heading for a night in the Lancashire town, some struck a cat pose as they hit the town centre for Boxing Day celebrations 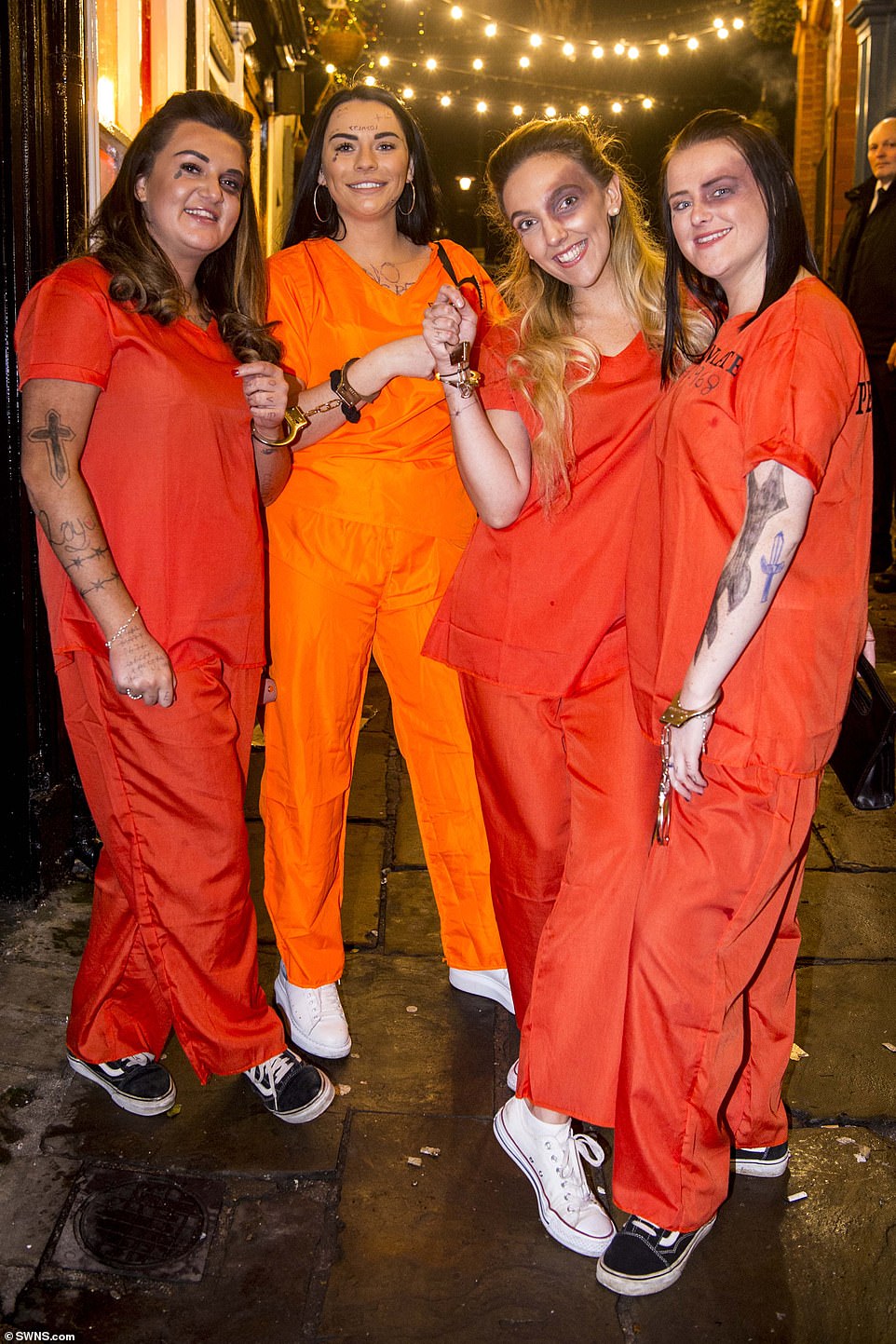 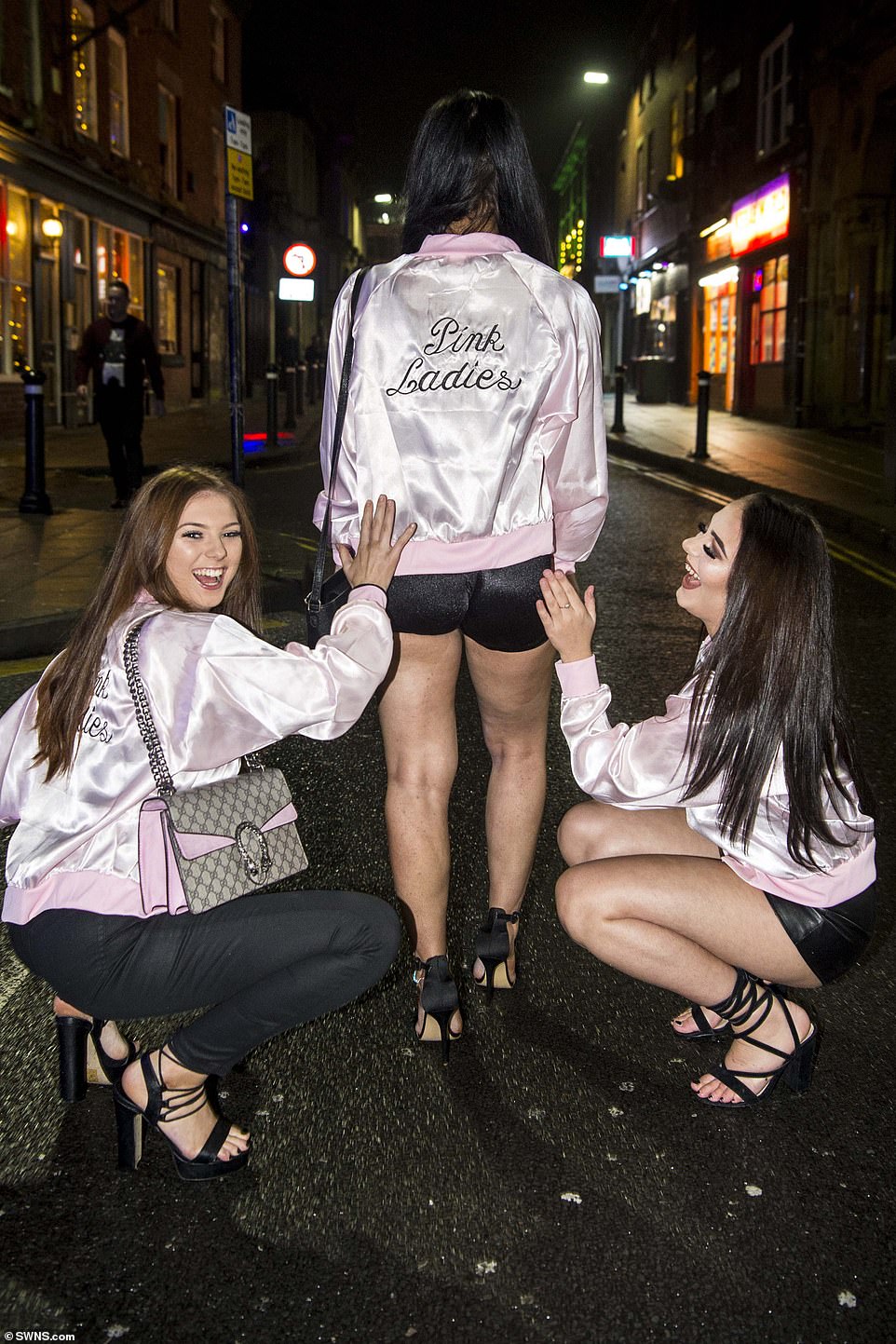 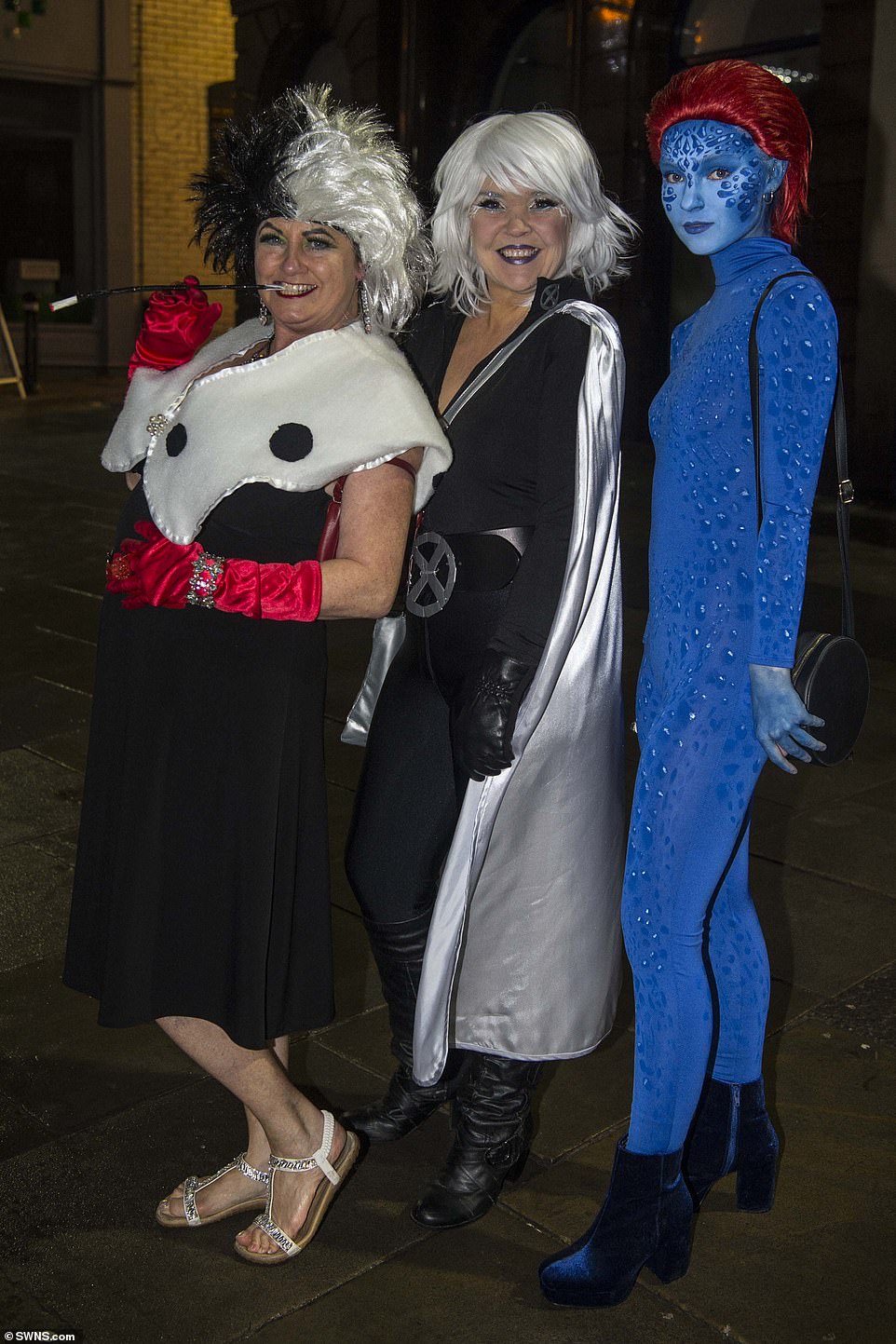 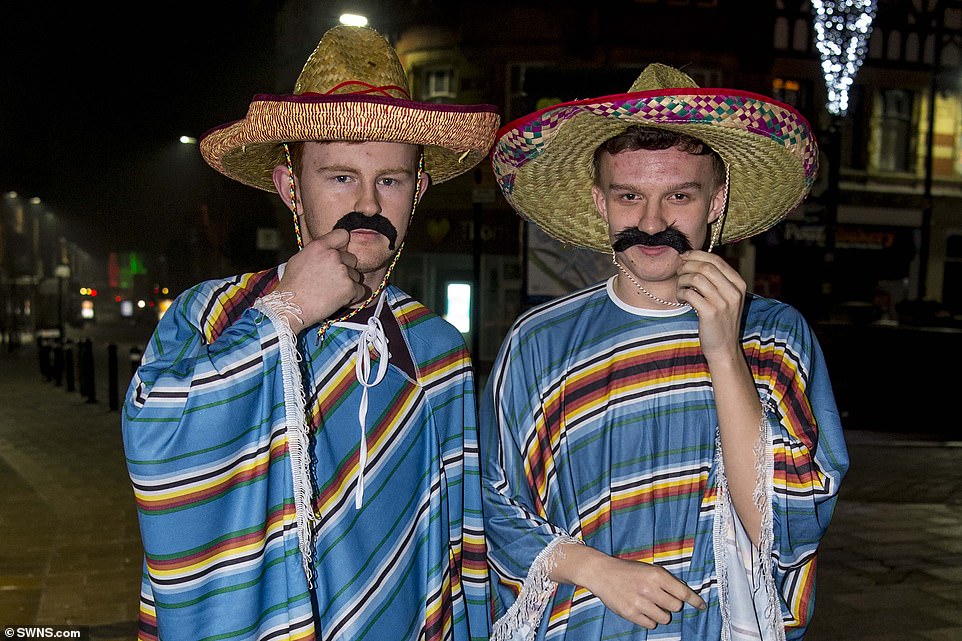 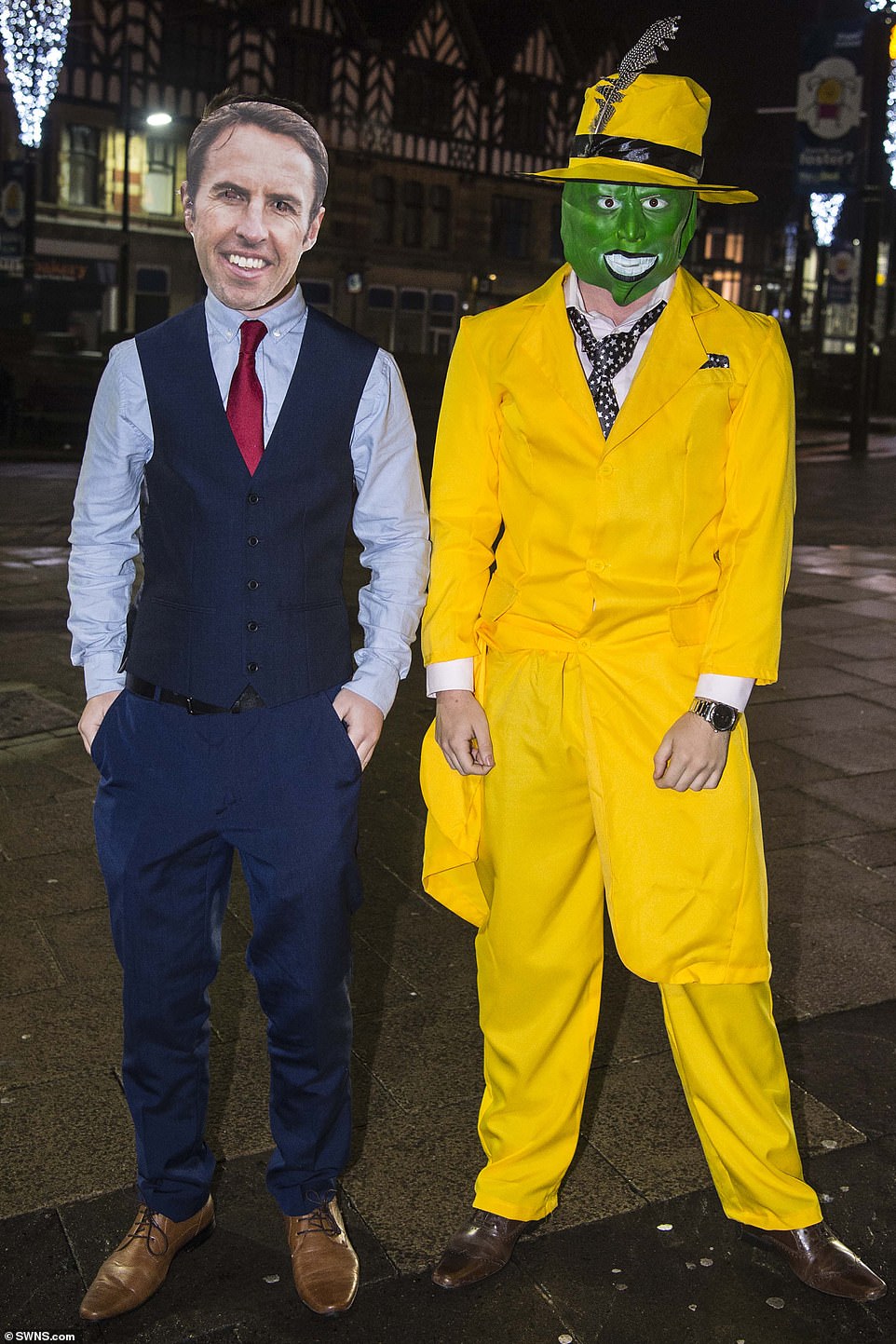 Another two revellers, one dressed as England manager Gareth Southgate and other dressed as Kim Carrey from The Mask, showed their flair for fashion as they hit the streets for Wigan’s annual fancy dress tradition 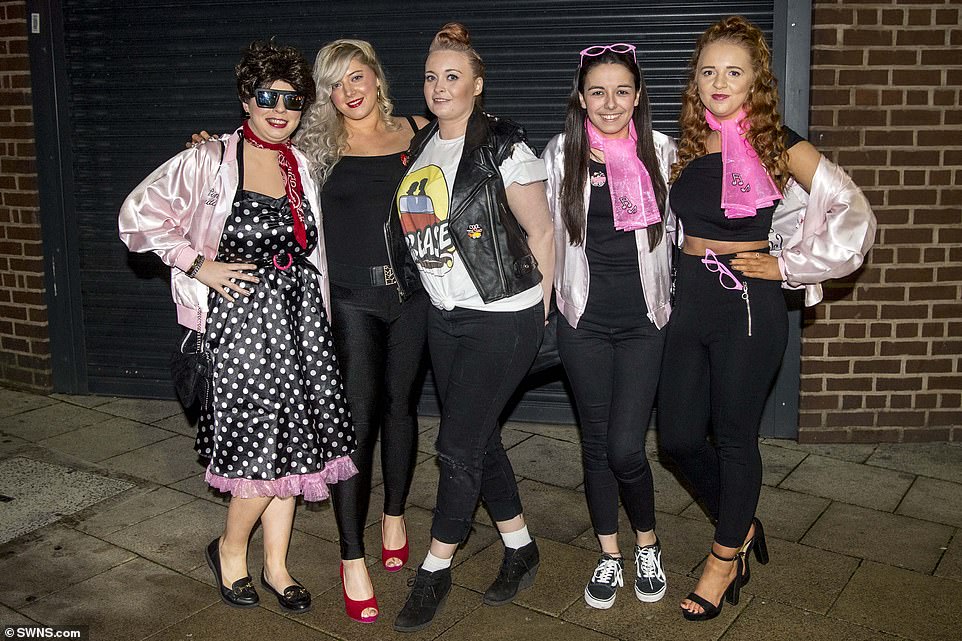 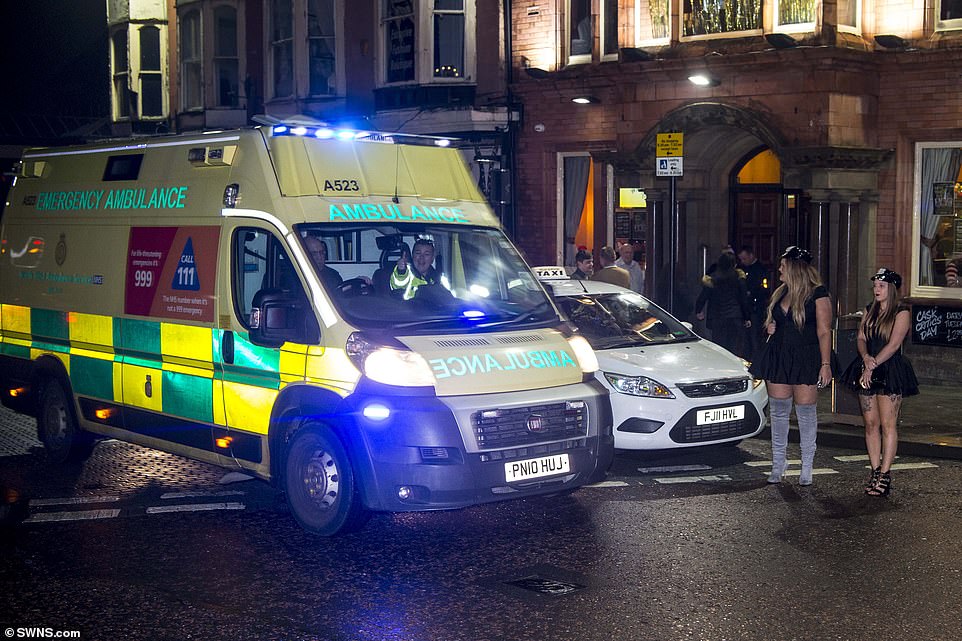 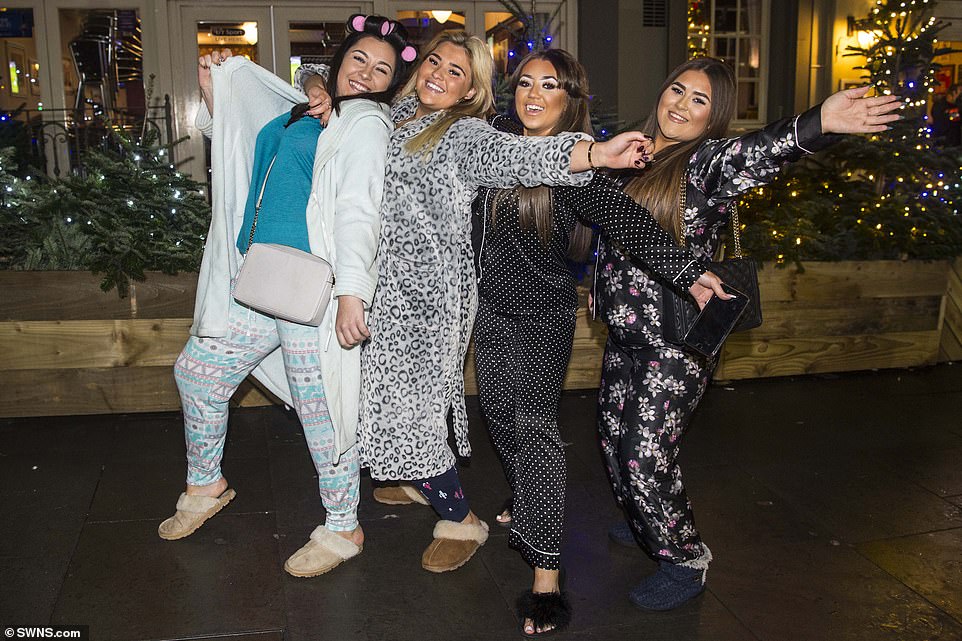 Dressed for comfort, these young revellers hit the town wearing their dressing gowns and pyjamas, as they took part in the long-lived bizarre tradition 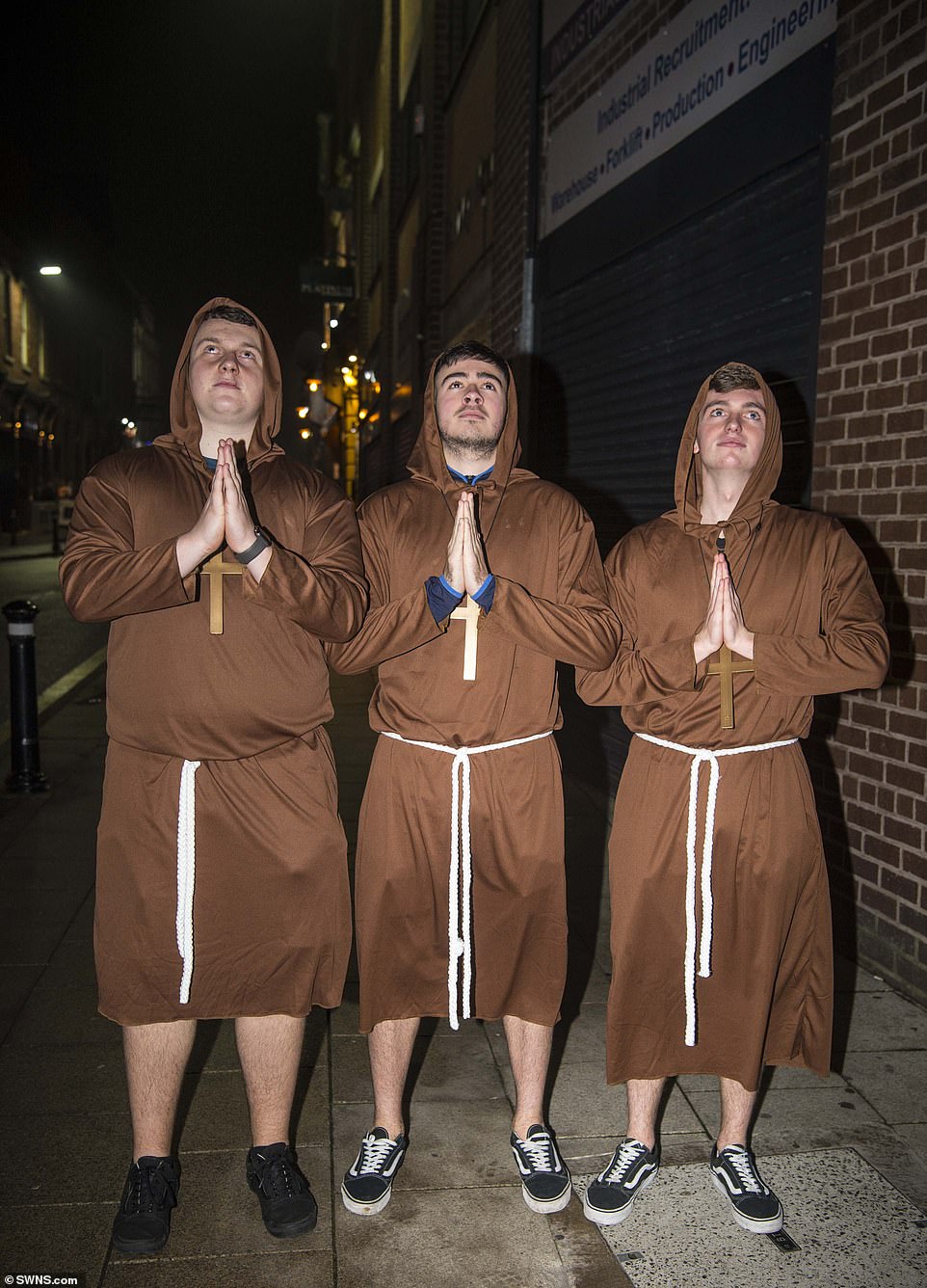