Rishi Sunak’s crackdown on Just Stop Oil: ‘Frustrated’ PM to tell police they must ‘fully enforce the law’ as eco-mob plots fresh mayhem for this week

Police chiefs will this week be told by Prime Minister Rishi Sunak to finally crack down on eco-zealots who have brought chaos to Britain’s roads.

With the Just Stop Oil protesters planning to bring fresh mayhem to London tomorrow, sources say Mr Sunak has increasingly expressed his frustration in No 10 meetings about the ‘disruption to law- abiding citizens’ everyday lives’.

Although more than 1,800 arrests have been made in relation to the JSO movement since March, Mr Sunak has told Home Secretary Suella Braverman to convene a meeting with police chiefs at Downing Street to ‘set out the Government’s expectations that the police must fully enforce the law’.

Tory MPs have called for JSO to be labelled a terrorist organisation because of the disruption it causes. Gareth Johnson, the MP for Dartford, told the Commons last week that JSO members are ‘not protesters, they are criminals’.

The group wants the Government to commit to ending all new licences and consents for the exploration, development and production of fossil fuels in the UK. 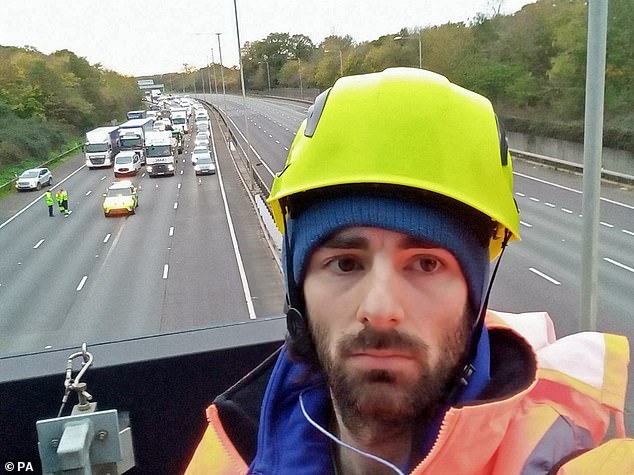 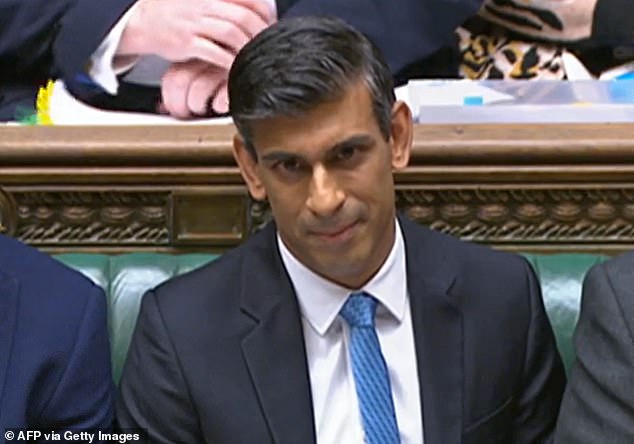 Mr Sunak wants the police to apply more rigorously the measures in the Public Order Bill, which provides police with greater powers to crack down on protesters.

In July, JSO activists glued their hands to the frame of a copy of Leonardo Da Vinci’s painting The Last Supper at London’s Royal Academy of Arts, and to John Constable’s Hay Wain at the National Gallery. Last month, activists targeted the same gallery, throwing Heinz tomato soup over Vincent Van Gogh’s Sunflowers.

Yesterday, former Archbishop of Canterbury Rowan Williams, 72, accused JSO activists of ‘unconstructive’ tactics, and said while he found that sort of activism understandable, he would not ‘be throwing cans of soup on paintings’.

A Government source said: ‘It is clear there is more that can be done on enforcement… the Prime Minister would like to see the College of Policing guidance on public order updated to reflect the additional powers afforded to the police via the Police, Crime, Sentencing and Courts Act and set out clearly how the police should use these powers.

‘If necessary, he is open to looking at how a code of practice could help ensure the right balance is struck between ECHR and police powers.’ 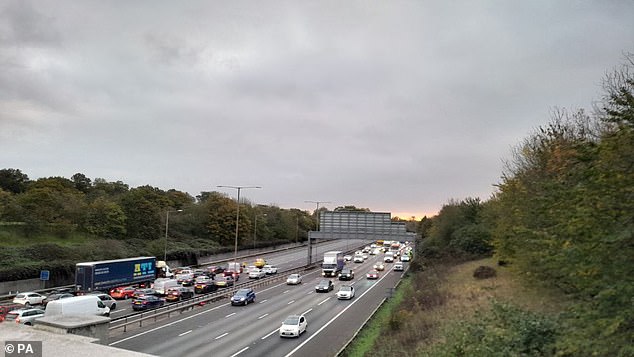 A total of 62 people have been charged over M25 protests since March, of which 29 were remanded in custody. Pictured: Handout photo of the M25 from Just Stop Oil

The source added Mr Sunak ‘has been unequivocal that ordinary people shouldn’t have to suffer at the hands of protesters who are taking advantage of their right to protest peacefully’.

A total of 62 people have been charged over M25 protests since March, of which 29 were remanded in custody. More than 11,000 officer shifts in the Metropolitan Police have been devoted to anti-JSO operations.

A JSO spokesman said in response to Mr Williams’s remarks: ‘We know that Rowan Williams understands the need for civil resistance and has joined actions with Extinction Rebellion.

‘Maybe he should reacquaint himself with the clergy and Christians that have been arrested and imprisoned repeatedly this year for taking action with JSO.’