Make yourself at home! Fearless fox makes itself comfortable on car’s soft top and refuses to get off

A musician was stunned to discover a lazy fox fast asleep on his car’s soft top roof – who stubbornly refused to budge even when prompted.

Chris Payn had just finished a gig in Poole, Dorset, on December 11 when he returned to his purple MG MGF soft top to find an unwanted visitor on his car.

Walking into the car park, the 25-year-old rock front man thought a ginger cat was curled up on his vehicle, however he was shocked to find it was actually a sleeping fox. 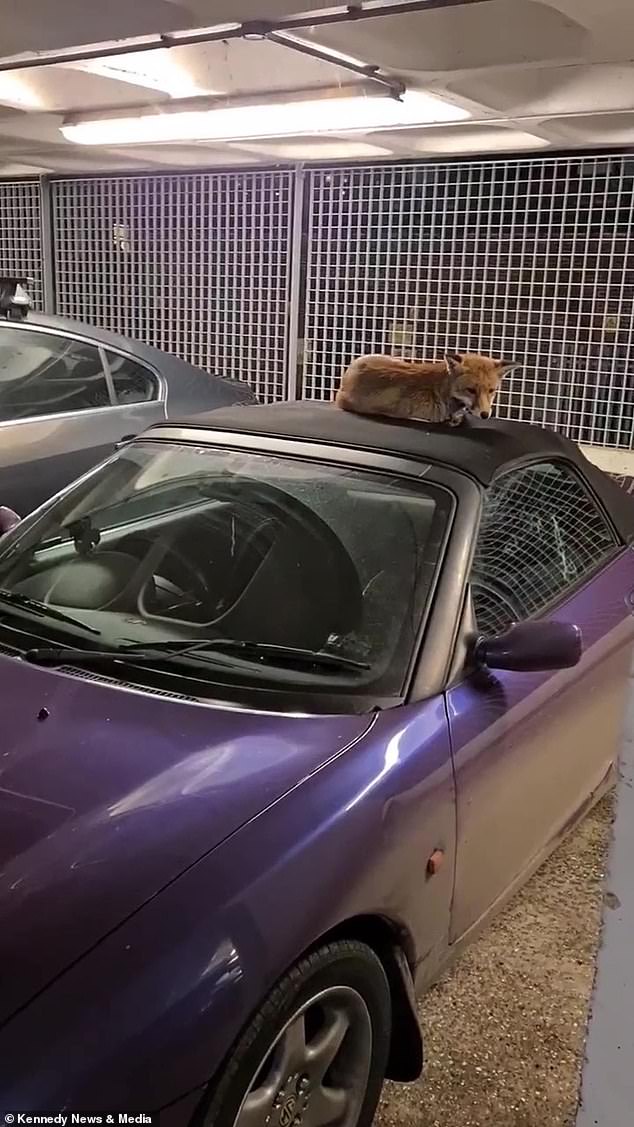 Rock musician Chris Payn returned from a gig in Poole, Dorset to discover a fox sleeping on the roof of his purple MG MGF sports car 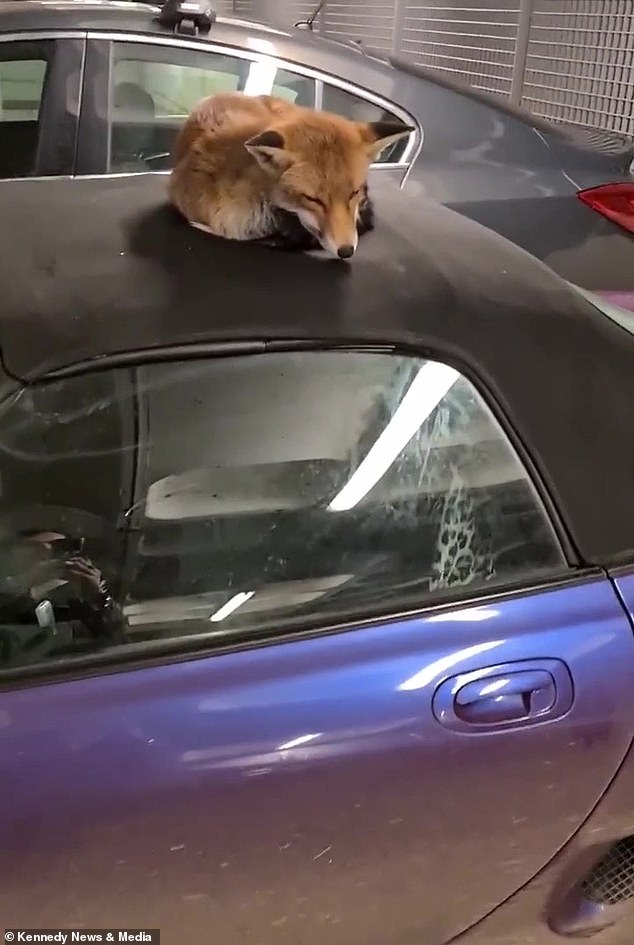 Conscious that foxes can be skittish, Mr Payn tried to gently coax the animal off his roof – but the fox showed no interest in moving and barely glanced up at the car’s owner.

Footage shows the creature look up at Mr Payn as he gently asks him to climb down, before putting his head back on his tail and dozing off again.

Mr Payn from Bournemouth said: ‘It really stumped me. I did wonder if it was hurt because it wasn’t moving but clearly this is a regular thing for the fox.

‘I honestly thought it was a cat and I thought it’d be funny to just film it curled up asleep on my car.

‘As soon as I got my phone out, I realised it was a fox. I’ve never been that close to one before but it really didn’t seem to be bothered by me at all.

‘That really surprised me as you hear they’re not keen to stay near humans and normally scurry off. But this one did not seem to care.

‘I tried to get it to move but it just wasn’t interested. Obviously the soft top on my car is really comfortable.

‘It wasn’t until I got inside the car and turned the engine on that it realised I was going to drive off so it climbed down my windscreen. All it did then was go and sit on another car nearby.

‘When I got back to the pub to pick up my equipment, I told the staff and they said he was well known near them. They’ve even called him Badger.

‘You do hear horror stories about foxes attacking people but this one was obviously really tame.’ 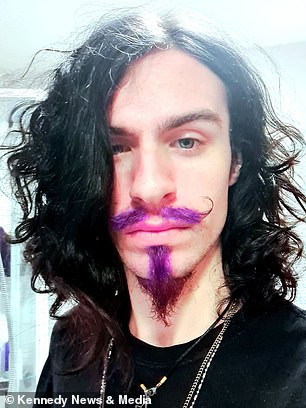 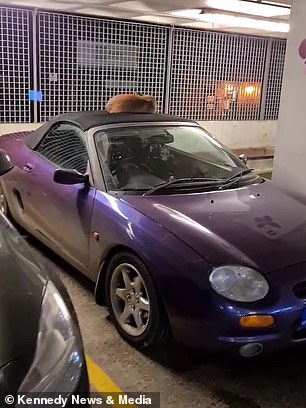