Royal Navy helicopter came within 150ft of smashing into firefighters’ drone at 115mph as it took photos of barn blaze, report reveals

A Royal Navy helicopter flying at 115mph narrowly avoided smashing into a firefighters’ drone as it monitored a blaze in a barn, a report has revealed.

County Durham and Darlington Fire and Rescue Service launched the drone on March 8 to take aerial pictures of the inferno, caused by a lorry which had caught fire inside the barn.

The craft, which was assisting five crews on the ground, had hovered at 250ft for 15 minutes when an RN Wildcat helicopter suddenly passed ‘at a similar or lower height’.

The drone operator said there was ‘very little audible warning’ before the chopper flew almost directly over the barn in Heighington, County Durham.

A report by the UK Airprox Board which investigates near misses said the operator made no attempt to lower the drone over fears that the helicopter might smash into it. 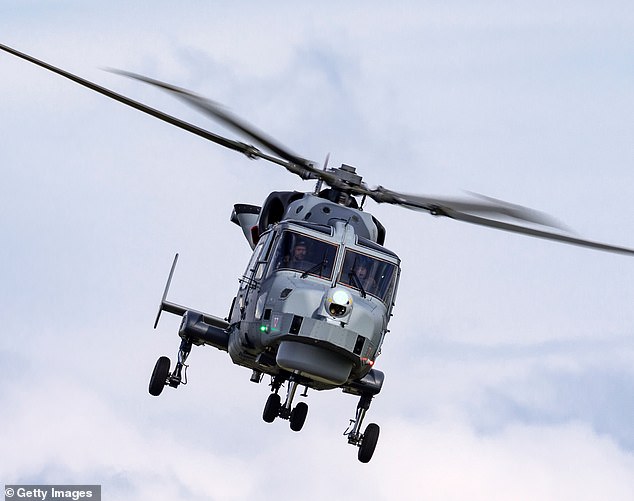 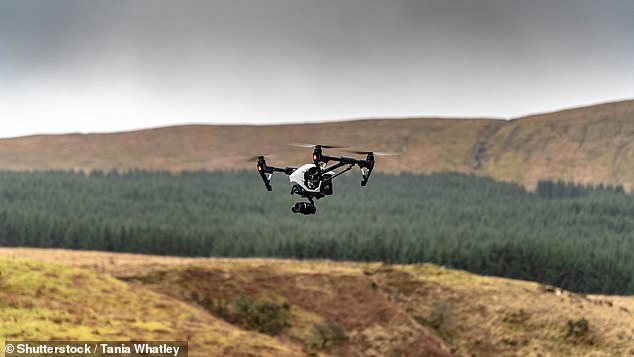 The drone operator said there was ‘very little audible warning’ before the helicopter flew almost directly over the barn containing a burning lorry. Pictured: A DJI Inspire drone

The operator described the risks of a collision as ‘high’ and assessed that the helicopter had passed around 150ft from the DJI Inspire drone on March 8 this year.

The drone was not seen by the crew of the helicopter who were flying a circular route from RAF Leeming in North Yorkshire and the Royal Naval Air Station at Yeovilton, Somerset.

The UKAB rated the event as a Category C incident where the risk of a collision had been averted.

The drone operator said that the National Police Air Service was informed that the craft was being flown over the scene of the fire. 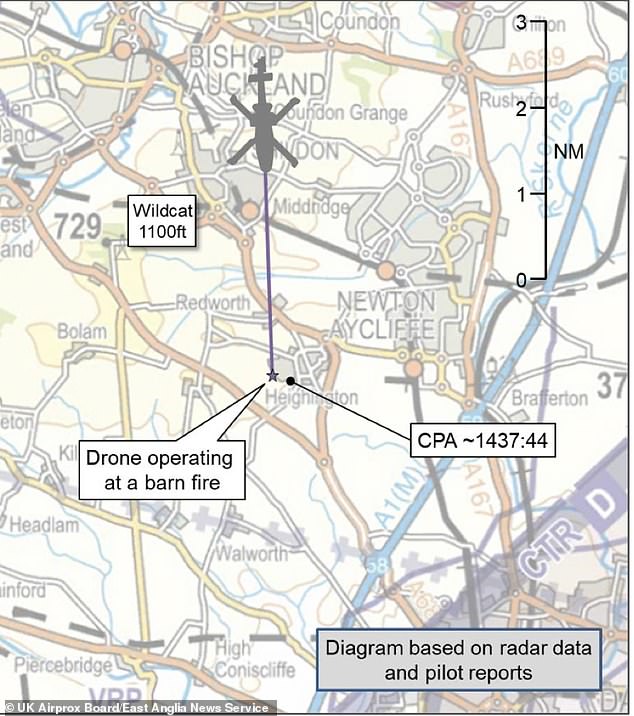 The near miss between a Royal Navy chopper and a drone occurred above a burning truck in Heighington, County Durham

But Joint Helicopter Command military chiefs stated that the helicopter pilots had no way of knowing that it was airborne.

The report said the JHC would continue to remind its crews of the importance of keeping a lookout due to increasing numbers of drones in UK skies.

It added that the JHC had recently warned its pilots of the increase in emergency services using drones ‘at short notice’.